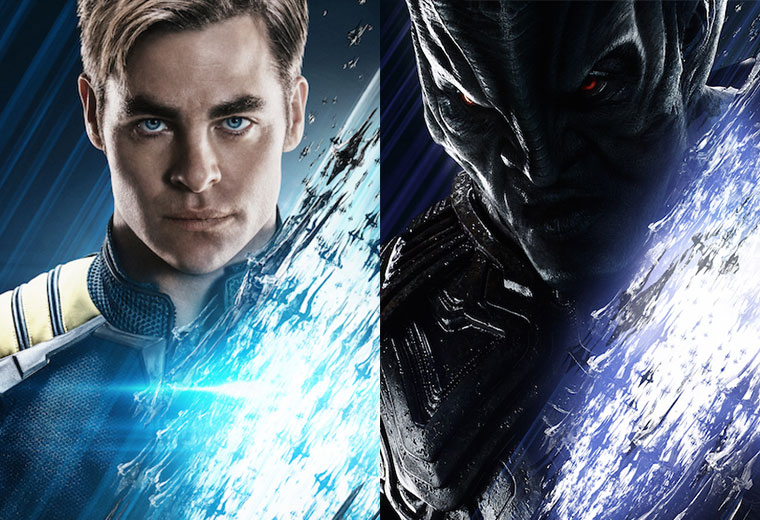 Paramount has released the two final character posters to promote the upcoming release of STAR TREK BEYOND. Today’s posters feature Chris Pine as Kirk and Idris Elba as Krall.

The new posters follow complete the set of posters that began rolling out last week and included McCoy, Jaylah, Spock and Chekov and Uhura, Scotty and Sulu, in addition to the colorful international poster, last Monday. 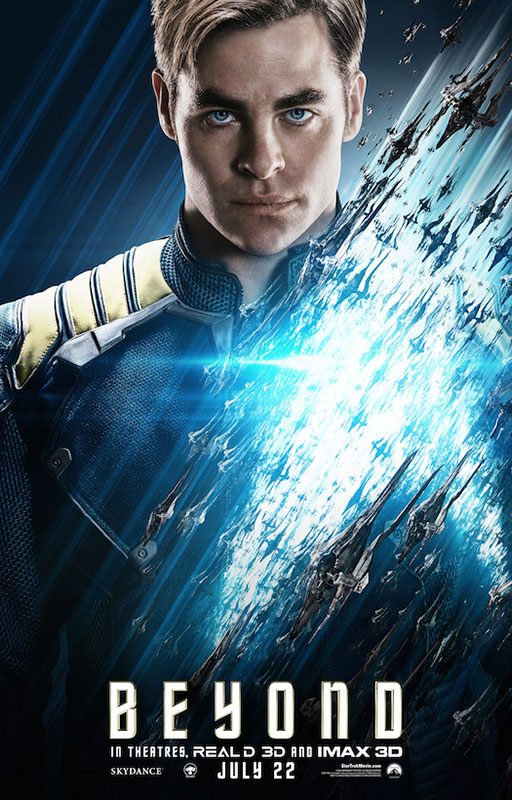 STAR TREK BEYOND poster with Chris Pine as Kirk 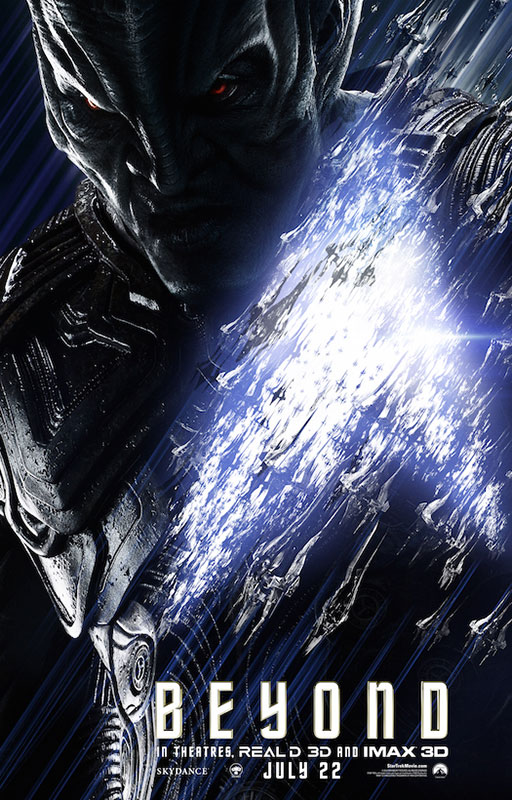 STAR TREK BEYOND poster with Idris Elba as Krall