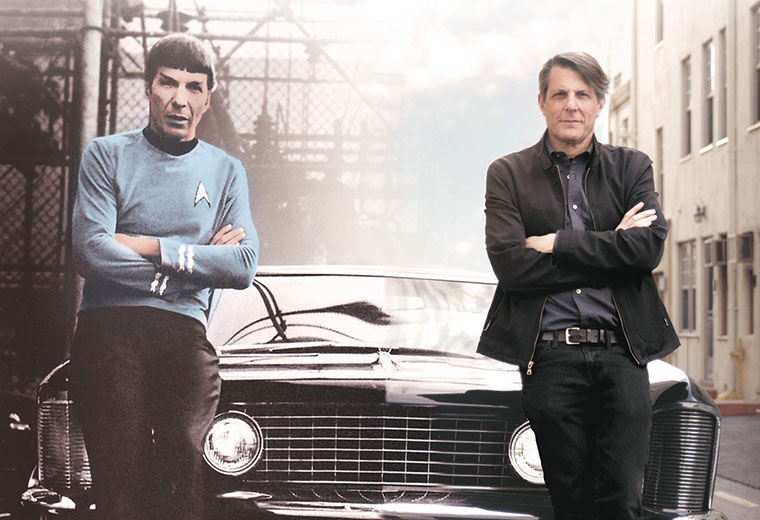 Adam Nimoy’s documentary For The Love of Spock is scheduled to hit select theaters and on demand outlets on September 9, as announced by Gravitas Ventures, who recently acquired worldwide distribution rights to the film.

“I’m very excited about the world wide release of this film which celebrates the life of my father Leonard Nimoy and his most iconic role. Gravitas approached us early on during production of ‘For The Love Of Spock’ and their enthusiasm and commitment to this project was evident from the start.” Nimoy said in a press release issued on Friday.

TrekNews.net followed up regarding a list of theaters and the on demand platforms that the film will be available on. We were told this information is not yet available. We’ll be sure share those details with our readers as soon as they are.

“It’s no secret that ‘Star Trek’ is internationally beloved and has shown the world both on screen and off what it truly means to be a global community,” said Nolan Gallagher, Founder & CEO of Gravitas Ventures. “We are honored to be collaborating with Adam Nimoy and look forward to bringing this film to audiences everywhere during a monumental year in the Star Trek timeline.”

“For The Love Of Spock” celebrates the upcoming 50th Anniversary of Star Trek through a personal, intimate look at the life and career of Leonard Nimoy – and his alter ego Mr. Spock – as told by his son, Adam Nimoy, featuring never-before-seen home videos and family photos. Zachary Quinto, William Shatner, George Takei, J.J. Abrams, Simon Pegg, Zoe Saldana, Jim Parsons and more join in the celebration revealing why the world holds both Leonard Nimoy and his iconic character so dear and how Star Trek still affects the globe 50 years after it’s origin.

For The Love of Spock was successfully crowdfunded in 2015, raising more than $650-thousand, through Kickstarter. The film premiered at this year’s Tribeca Film Festival in April.

You can check out the trailer below.