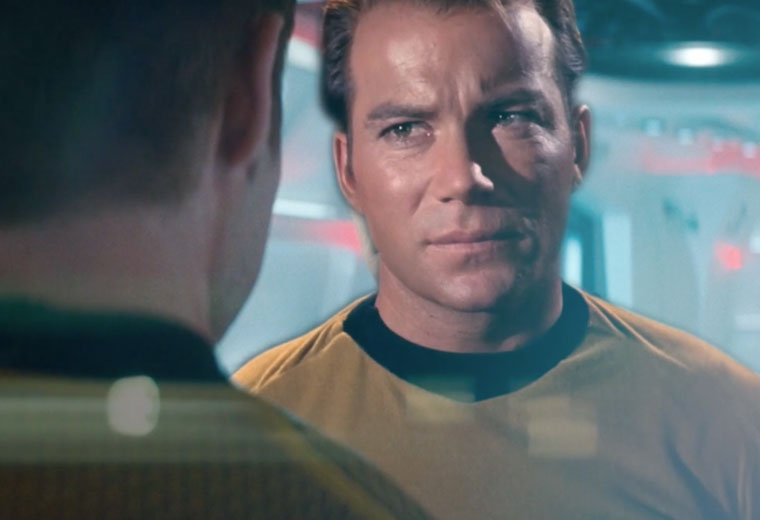 What would it look like if Kirk, Spock, Bones and the crew of The Original Series were transported to another dimension and met their counterparts from the recent Star Trek films? How would William Shatner’s Kirk interact with Chris Pine’s?

In an incredibly well-done video, Vimeo user Nick Acosta painstakingly mashes clips of the two crews together and the result is pretty amazing.

Regardless of you feelings on the new films, I implore you to do yourself a favor and check it out below.

As the 50th anniversary of Star Trek approaches this summer I wanted to do something special to mark its birthday. Since I was a kid I dreamed of what my ultimate Star Trek film would look like. The Doctor Who 50th anniversary special had the Doctor meeting the older versions of himself. For Trek I wanted to have the classic crew meet and interact with the modern era crew. I went in and took footage from over a dozen different films and movies from the Star Trek universe. I rotoscoped the classic crew into my film so they could finally share the stage with their younger counterparts. Interestingly enough Chris Pine is the exact same age as Willam Shatner was when he did his first season on Star Trek. I wanted to blend the crews together and have them get into a massive space battle together. It now seems to be the custom to use ‘Star Trek’ as a verb in its sequel title, so to that end I humbly present you ‘Live Long and Star Trek’.