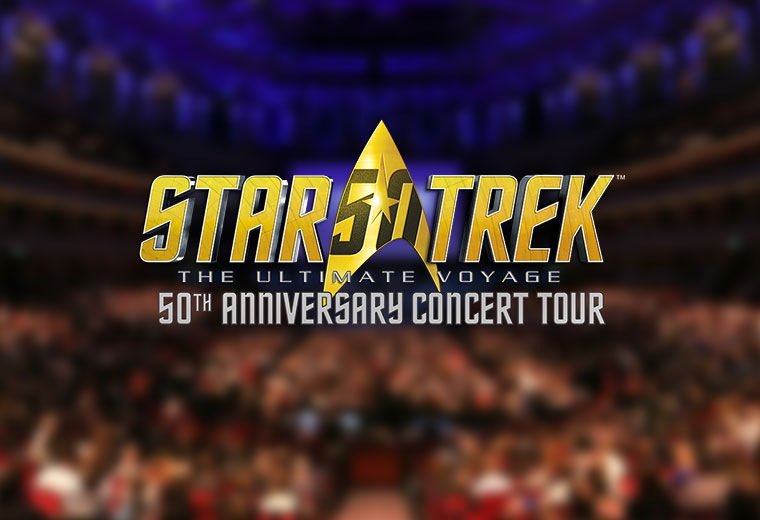 Later this month, Star Trek: The Ultimate Voyage beams down to the Bay Area for a two-night engagement with the San Francisco Symphony at Davies Symphony Hall. The best part? We’re giving away a pair of tickets to a lucky TrekNews.net reader!

The traveling stage show that combines 50 years of Star Trek with a live orchestra is currently on a 100-city tour that arrives in San Francisco for shows on July 14 and 15.

Tickets are still available for both shows and you can purchase at SFsymphony.org.

Readers of TrekNews.net have a chance to win a pair of tickets to the show on Friday, July 15 at 7:30 pm. For a chance to win, all you have to do is tell us what Star Trek means to you in the comments section below. That’s it!

Travel, lodging and any other expenses are not included. Before you enter, please make sure you’ll be in the San Francisco area on July 15.

Please note: You must be a registered Disqus user with a valid email address that receives Disqus alerts. You have until Saturday, July 2, 2016 to enter. A random winner will be chosen and contacted on Sunday, July 3, 2016 with details.

For more information on the San Francisco shows, check out the press release below.

If you’re unfamiliar with Star Trek: The Ultimate Voyage, read our review of the Boston show.