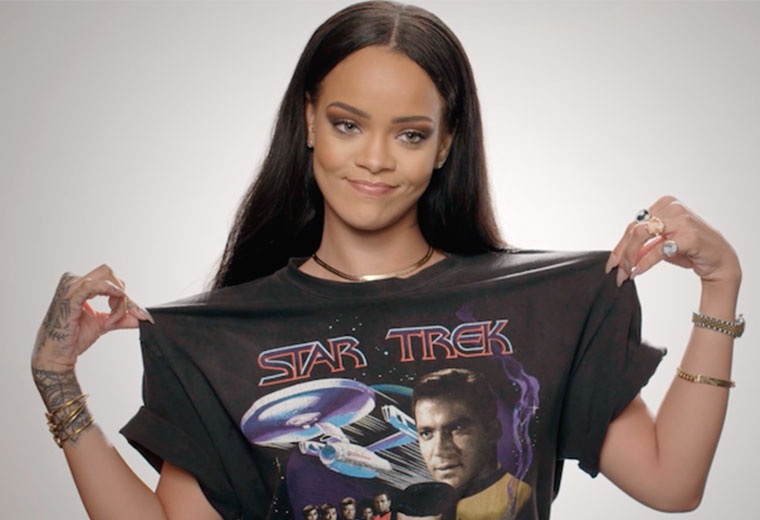 In a new video, provided to us by Paramount, pop superstar Rihanna talks about what Star Trek means to her and shares her inspiration for the new song “Sledgehammer”.

“Star Trek has been a part of my life, since I was a little girl.” Rihanna recalls. “My dad really is the one who introduced me to Star Trek. It took me one episode to fall in love with this other world that I couldn’t understand but I felt like I could relate to.”

“This is something that’s be a part of me since my childhood. So it wasn’t like doing a song for any random film. I love Star Trek — I would do anything, in terms of music.” she continued.

“This song, it needed to be big and impactful,” she said of “Sledgehammer”, which dropped on Monday with the film’s final trailer.

Check out the entire video with Rihanna below.