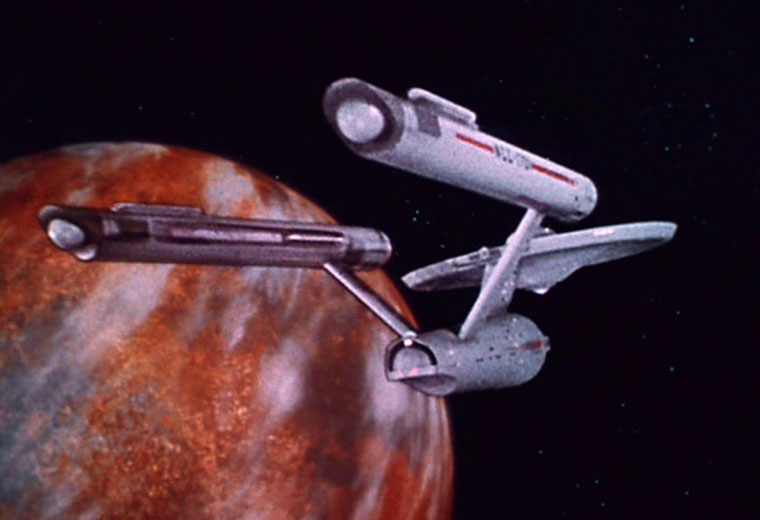 Following a nearly two-year restoration process, the U.S.S. Enterprise model that appeared on Star Trek: The Original Series is back on display at the National Air and Space Museum in Washington, DC.

Previously housed in the museum’s basement gift shop, the restored Enterprise is now proudly displayed in a custom-made climate controlled display case in the Boeing Milestones of Flight Hall.

After being taken off display in 2014, an advisory committee was created, the model was examined using x-ray radiography, photos were researched, along with an incredible amount of planning and work culminated with its planned reemergence to celebrate the 50th anniversary of the Star Trek franchise.

This Friday, July 1, the museum will celebrate the 40th birthday of the building in Washington, DC, with a ceremonial reopening of the Boeing Milestones of Flight Hall. Star Trek’s own (and members of the special advisory committee) Michael and Denise Okuda will be special guests of the event and are scheduled to introduce a midnight showing of Galaxy Quest. 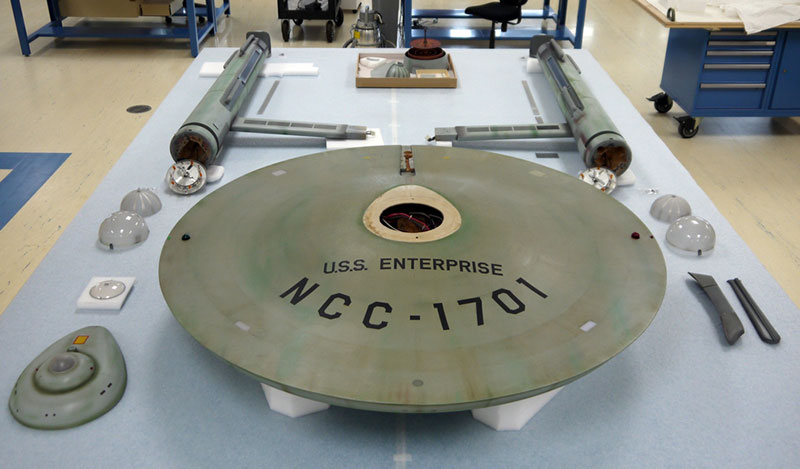 The Star Trek starship Enterprise model seperated into its component parts. As part of the conservation of the model, each original section will be studied to determine its construction and condition and will be documented with visible, ultraviolet, and infrared photography. National Air and Space Museum, Smithsonian Institution 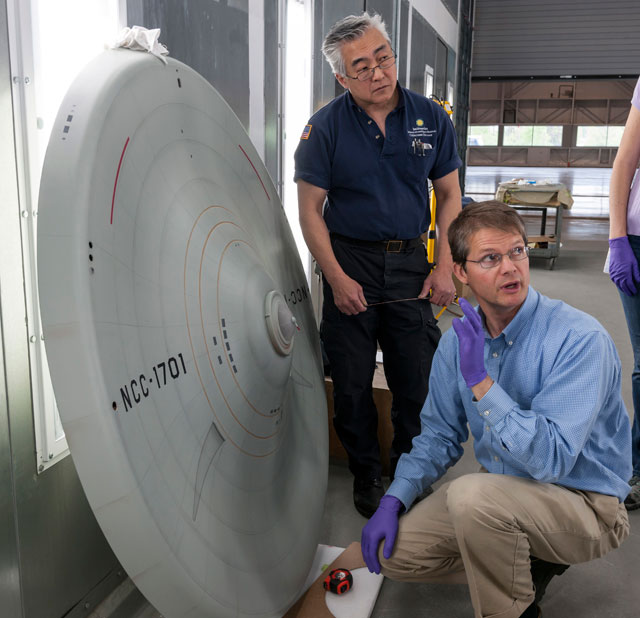 Engen Conservation Chair Malcolm Collum and Will Lee discuss the markings on the bottom of the saucer section before the model is reassembled. Photo by Dane A. Penland, Smithsonian National Air and Space Museum. 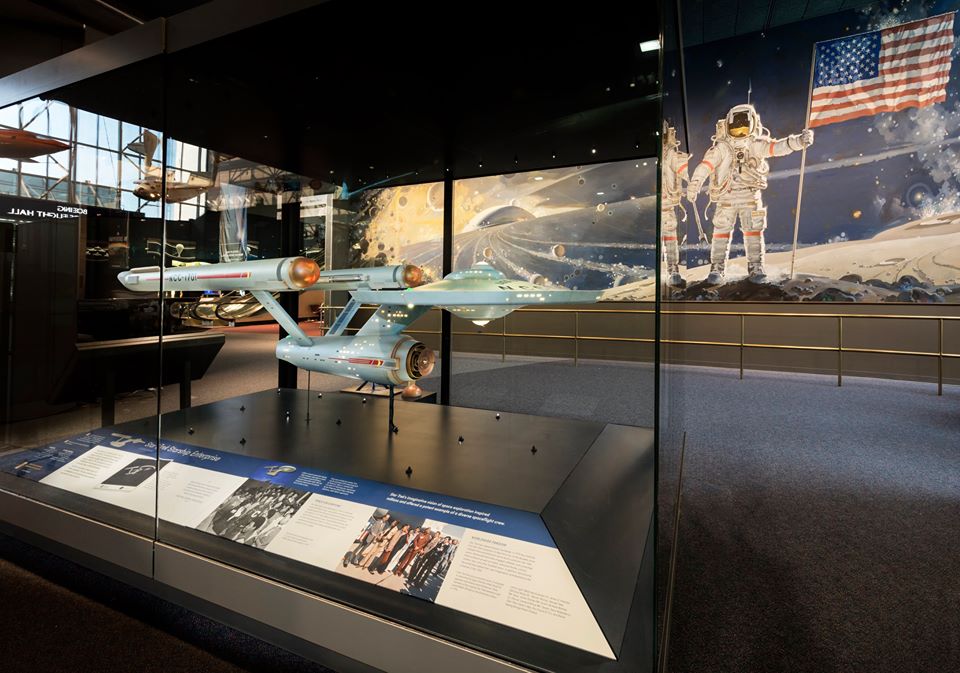 The restored Enterprise on exhibit in the Boeing Milestones of Flight Hall. Smithsonian National Air and Space Museum.

Former Star Trek visual effects artist and designer Doug Drexler shot some great video from the opening of the Boeing Milestones of Flight Hall, at the National Air and Space Museum in Washington, DC along with the unveiling of the newly restored Enterprise. Check it out below.

For more information on the restoration process, visit the National Air and Space Museum.