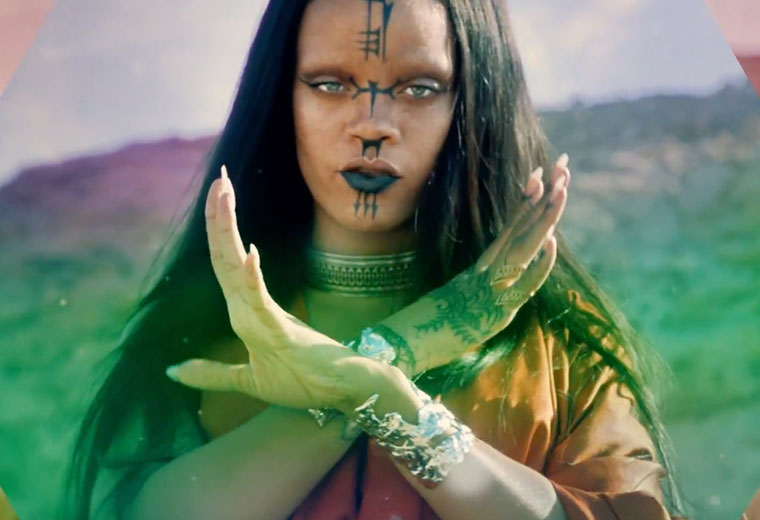 The song, which hit iTunes, Tidal and Spotify earlier this week, will be featured in the STAR TREK BEYOND soundtrack. The video includes tons of Star Trek imagery — from the Starship Enterprise to alien planets and even Rihanna herself with similar facial markings as Sofia Boutella’s character Jaylah.

“This song, it needed to be big and impactful,” Rihanna said of “Sledgehammer”, which dropped on Monday with the film’s final trailer.

On Wednesday, Paramount provided us with a video of Rihanna talking what Star Trek means to her — all while sporting a vintage TOS t-shirt.