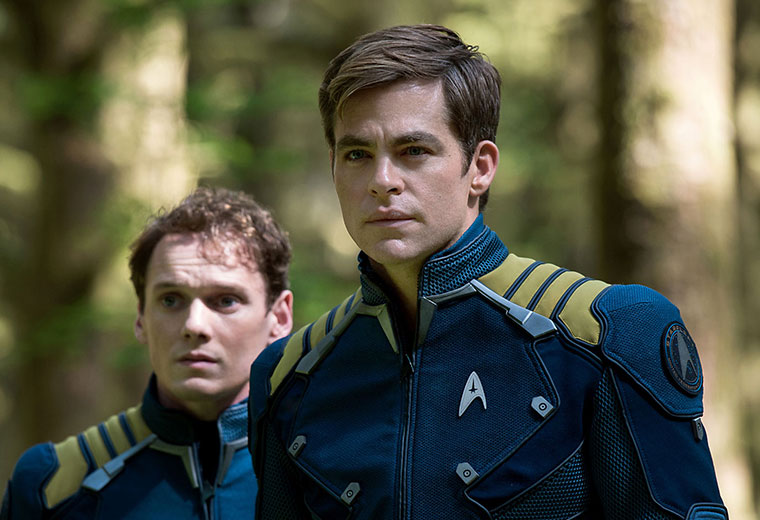 Paramount has released a list of participating theaters that will show the latest installment of the Kelvin Timeline Star Trek feature film series along with 2009’s Star Trek and 2013’s Star Trek Into Darkness, as part of a movie marathon on Wednesday, July 20.

According to a press release, each Star Trek Marathon ticketholder will receive an exclusive Star Trek full-size collector’s poster designed by a Gallery 1988 artist and a Star Fleet T-shirt iron on patch while supplies last.

The one-night-only event will feature special screenings of J.J. Abrams’ “STAR TREK” and “STAR TREK INTO DARKNESS,” and Lin’s “STAR TREK BEYOND” for the price of a single Marathon admission in select IMAX® Theatres and premium large screen theaters in the U.S. and Canada. Each Star Trek Marathon ticketholder will receive an exclusive Star Trek full-size collector’s poster designed by a Gallery 1988 artist and a Star Fleet T-shirt iron on patch while supplies last.

The Star Trek Marathon is playing at the participating theaters: