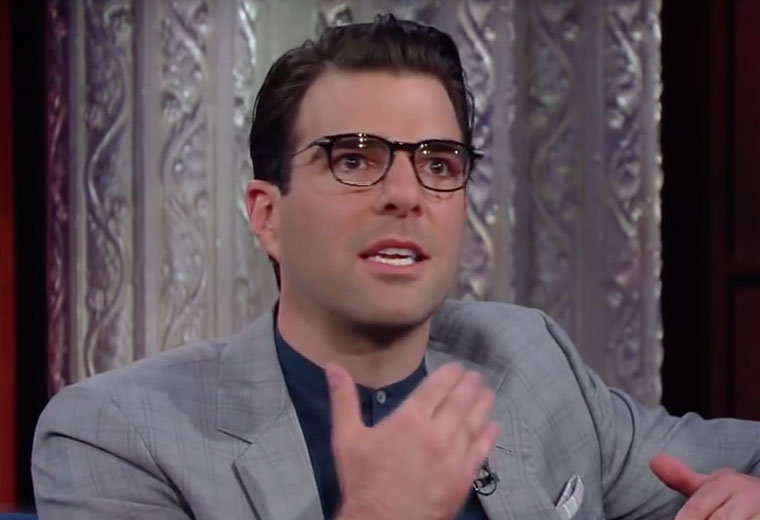 Zachary Quinto, who reprises the role of Spock in this summer’s Star Trek Beyond, appeared this week on an episode of The Late Show with Stephen Colbert and discussed the recent death of his co-star Anton Yelchin, Leonard Nimoy, the next Star Trek film and the science-fiction film genre as a whole.

The initial conversation focussed on Yelchin, who died last month after being pinned between his SUV and a brick mailbox pillar at his home in California.

“[He was] a beautiful, beautiful guy. I don’t even know how to talk about it.” Quinto told Colbert, who is an admitted Star Trek fan.

“We already knew that this would be a bittersweet experience because of the loss of Leonard [Nimoy] last year, but this has just been absolutely devastating for all of us. I think our goal has to be to just celebrate his incredible life and honor him as much as we can. It was a terrible loss not only to us personally, but I think to the industry and audiences. He was such a talent. I think we take it for granted in a lot of ways because we genuinely love each other so much. But we are truly intertwined inextricably and I think we always will be.”

Check out the video from Quinto’s appearance on The Late Show with Stephen Colbert below.

In this article:Anton Yelchin, Star Trek Beyond, Zachary Quinto