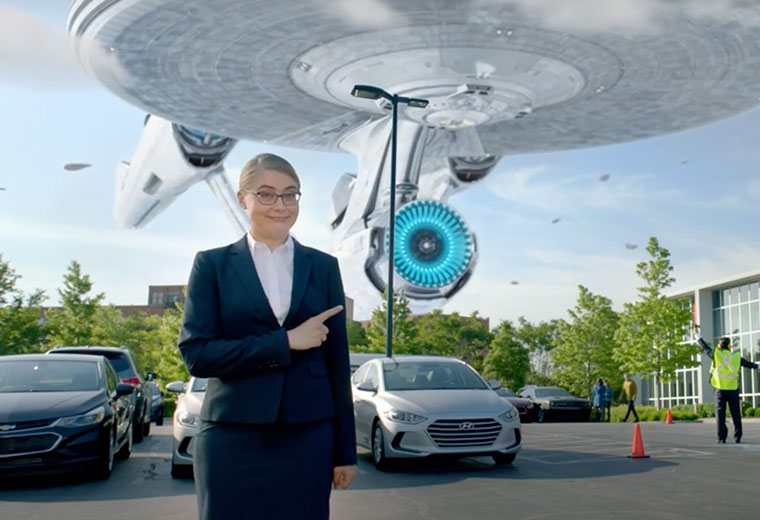 In promotion of their new partnership with Paramount Pictures, Enterprise Rent-A-Car has released a new commercial with lots tie-ins to the next installment of the rebooted film series Star Trek Beyond.

In the commercial, titled “Business Is Going Boldly,” Enterprise employees are shown beaming, speaking Klingon in the break room and renting the Starship Enterprise to customers.

Remember, the Romulans always get the damage waiver.

As we’ve previously reported, select Enterprise locations will have Star Trek related signage, plus Enterprise airport shuttle buses in New York City and Philadelphia will be wrapped with images of the U.S.S. Enterprise and the phrase: “Until We Can Beam You Up, We’ll Pick You Up”.

In this article:Fandom, Star Trek Beyond