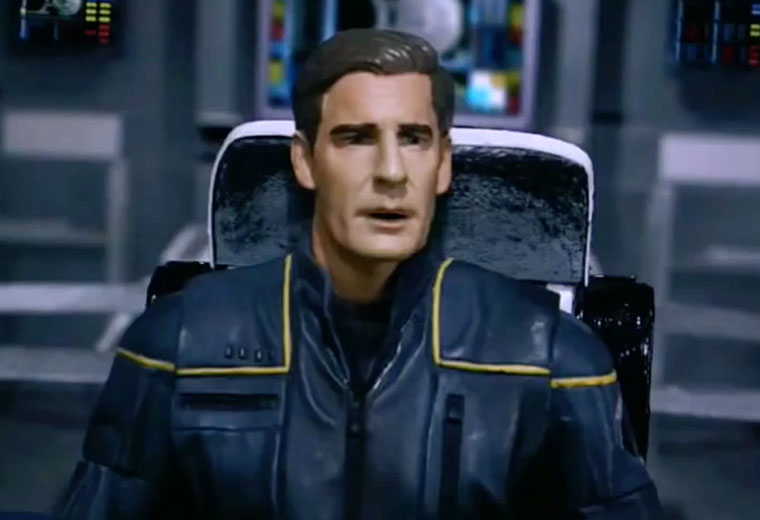 The film, titled “Star Trek ENTERPRISE II Der Anfang vom Ende” which roughly translates to “Star Trek ENTERPRISE II Beginning of the End“, clocks in at just under one hour and utilizes Star Trek (and a few Terminator) action figures throughout. While an hour may seem short in comparison to some fan productions, Kaiser told Deutsche Welle that it takes about an hour to create one second of the film using his SLR camera.

The price? “It cost me about as much as a midsize car,” says Kaiser.

Crediting his obsession for details to his father. “I learned model building from him,” he said.