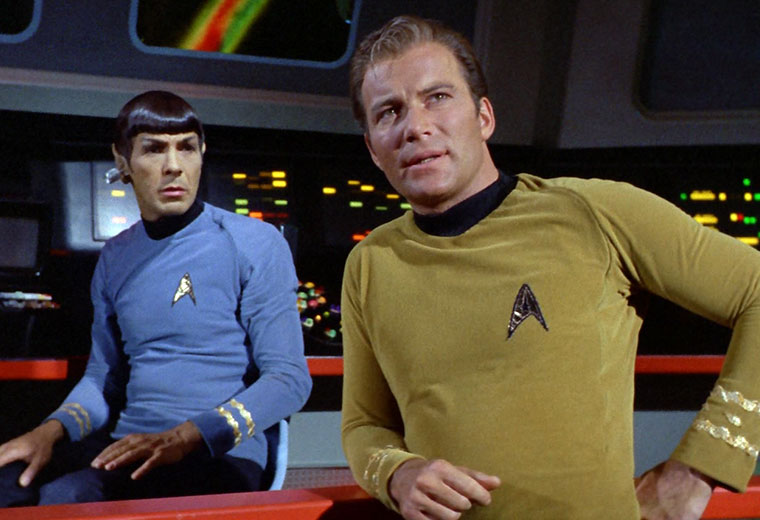 The set used for filming of James Cawley’s Star Trek: New Voyages fan series, which meticulously recreates the set of Star Trek: The Original Series, has been licensed by CBS Consumer Products and will open its doors to fans for the first time later this month.

The set is laid out almost exactly as the TOS set was in 1966 at the “Desilu” (now Paramount Pictures) Stage 9 in Hollywood.

The tour includes the iconic bridge of the USS Enterprise along with the corridors, the transporter room, the briefing room, Dr. McCoy’s sick bay complex and Scotty’s engine room.

“To me, there is no other franchise around that is more enjoyable and more socially relevant than Star Trek,” said Star Trek: New Voyages head James Cawley in a statement. “I’m very thankful for all the support I’ve received on this project and can’t wait to begin welcoming my fellow fans this summer.”

Read the full press release below.

Located in historic Ticonderoga, New York and under license by CBS Consumer Products, the set tour brings memories to life by allowing fans to boldly go and tour the sets of the legendary Starship Enterprise.

Recreated exactly as they were laid out on the “Desilu” (now Paramount Pictures) Stage 9 in Hollywood for the original run of Star Trek, guests will be able to step onto the soundstage and be transported directly back to 1966. Starting this July, visitors can receive guided tours, photo opportunities and an immersive experience into the world of the classic television series.

A true franchise fan, Cawley began creating the sets in 1997 after receiving a copy of the original set blueprints from Star Trek: The Original SeriesTOS costume designer William Ware Theiss. From there he spent 15 years researching, crafting, and refining his set replicas alongside other dedicated fans and craftspeople. Cawley was joined on the project by Star Trek alumni and fellow fans including prop fabricator Ed Miarecki and concept designer and SFX supervisor Daren R. Dochterman.

Studying stills and frame captures from the series and sourcing vintage materials and antiques, Cawley ensured even the smallest details were accurately and lovingly reproduced including an array of props and set decorations. The result is a stunning achievement offering the most complete and accurate reproduction of the original standing sets from Star Trek: The Original Series.

“To me there is no other franchise around that is more enjoyable and more socially relevant than Star Trek,” said James Cawley. “I’m very thankful for all the support I’ve received on this project and can’t wait to begin welcoming my fellow fans this summer.”