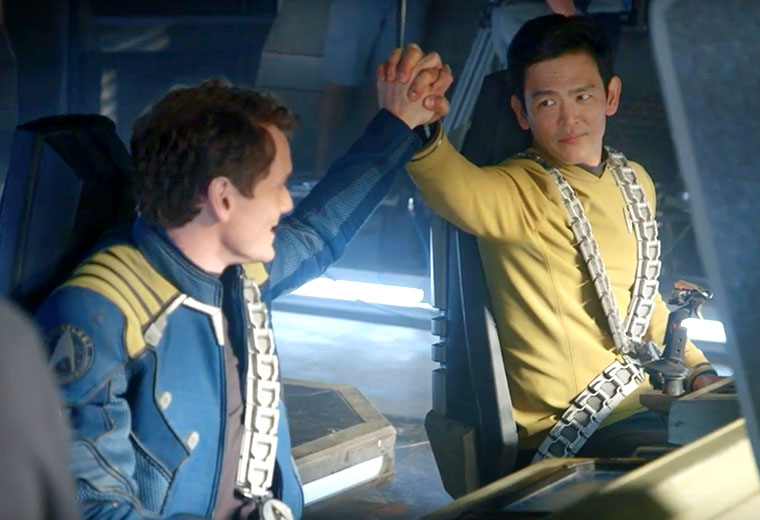 The third installment of the rebooted Star Trek feature film series, STAR TREK BEYOND hits theaters nationwide in less than a week. The main cast of the film has been working together for close to a decade, after casting decisions were made back in 2007. Over that time, life-long friendships have been made, bonds have grown stronger, careers have skyrocketed and sadly lives have been lost.

In the behind-the-scenes B-roll footage below, we get a glimpse at some of the human moments and playful interaction between members of the “Kelvin Timeline” cast along with the newest additions — Idris Elba and Sofia Boutella.