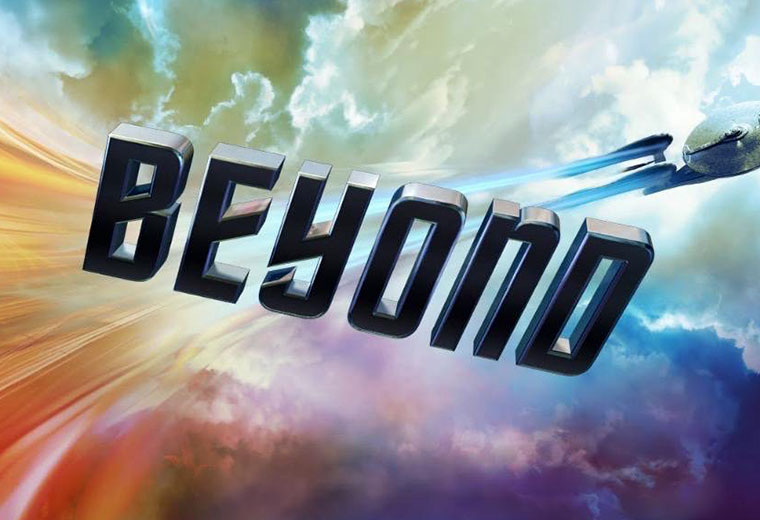 With the 50th Anniversary of Star Trek being celebrated this year, Star Trek Beyond director Justin Lin knew the pressure he was faced with from Trekkies and moviegoers everywhere. Fortunately for him and co-writers Simon Pegg and Doug Jung, the movie captured the essence of Star Trek new and old, while still being an entertaining action film.

In the film, the title Beyond reflects the five-year mission the USS Enterprise and her crew as they explore new worlds and forms of life. Captain Kirk (Chris Pine) and his crew are growing weary after spending nearly two and a half years being stuck on the ship, dealing with their own version of “cabin fever”. Restless, Kirk has begun to contemplate life beyond being a Starfleet Captain. After celebrating his birthday, which was also the day his father died saving his crewmen, Kirk questions his reason for being in Starfleet and if he could ever live up to his father’s legacy.

Kirk isn’t the only one feeling that pressure, Spock (Zachary Quinto) has been hit with some painful news, which has him rethinking his future with Starfleet and his relationship with Uhura (Zoe Saldana).

After accepting a rescue mission from Starfleet, the Enterprise is attacked by a menacing alien named Krall (Idris Elba), who seems to want an ancient item from the Enterprise’s archives. He commands his crew, which consists of many ships that attack in a bee-like formation, to bring down the ship and capture all survivors.

The crew must abandon the Enterprise, causing everyone to be split up on this unknown planet. This was smart on the writers’ part to fully explore the characters’ arcs and truly have each stand out. Kirk’s confidants and not-the-best-of-friends Bones (Karl Urban) and Spock are left together on the planet in search of the others. It is through this interaction, do we really get to peel apart the layers of their seeded dislike for each other. It is also in these scenes, we hear the best Bones lines.

As for the others, Kirk and Chekov (Anton Yelchin) escaped from the Enterprise shortly before it crash-landed. Uhura and Sulu (John Cho) are captured by Krall’s forces and must figure out a way to protect their fellow captured crewmen. Unfortunately due to story plots, Cho, Saldana, and Yelchin felt underused throughout the film. When they did have their screen time, they were all brilliant, but it felt very limited compared to the others.

And then, there is Scotty (Pegg), who landed on the planet and encountered Krall-survivor and possibly new fan-favorite Jaylah (Sofia Boutella). Tough, smart, and technologically gifted, Jaylah strikes a deal with Scotty in order to find his team – basically, ‘help me rebuild this ship I found and I’ll help you find your friends.’ The character is likeable and isn’t placed in the movie to be a damsel in distress or enhance someone else’s storyline, which is really refreshing.

In a move that the film’s predecessor Star Trek Into Darkness failed to do, Beyond reflected on The Original Series feeling of exploration, unity, and focused on the characters. The characters all had internal conflicts prior to the attack, which allowed them to reflect upon it throughout the mission. One could say it had an episodic feel to it, but in a much more action-pack way – because that’s all they had time for. The film also added some Easter eggs for the die-hard fans to reminisce from the beloved television series.

There were some points that were missed during the film such as the pacing of the film where it felt a bit choppy and fast. After discovering Krall’s past and reason for his villainy, we never got time to take it all in and fully understand it. At some times, it fell into the same vengeful villain trope. Another problem with the film, which may be due to time constrictions, was that nothing was truly explained and are just taken as fact, such as Jaylah’s technology and a weapon of mass destruction that appears later in the film.

As for the battle scenes, which Lin has been famously known for in his Fast and Furious films, it seemed pretty obvious that Lin had a fun time creating them. The battle and fight scenes in the beginning and end were visually mind-blowing. Yes, there were tons of CGI, but it never felt fake. Even just the design of Yorktown, a Federation moon-shaped base, was beautifully drawn out. The action is simply just a fun ride to watch.

The film’s theme was true to the vision Gene Roddenberry wanted for Star Trek – unity and acceptance. Roddenberry created many groundbreaking moments on his show with a mixed-race group of actors on the show and airing the first interracial kiss on national television. Beyond featured a diverse set of humans and aliens throughout the film living together in peace, a scene that Roddenberry would have been proud of. The script pays homage to the original series and Nimoy’s contribution to the franchise in such a sweet way that makes it worthy of being part of the 50th Anniversary. 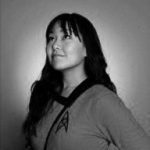