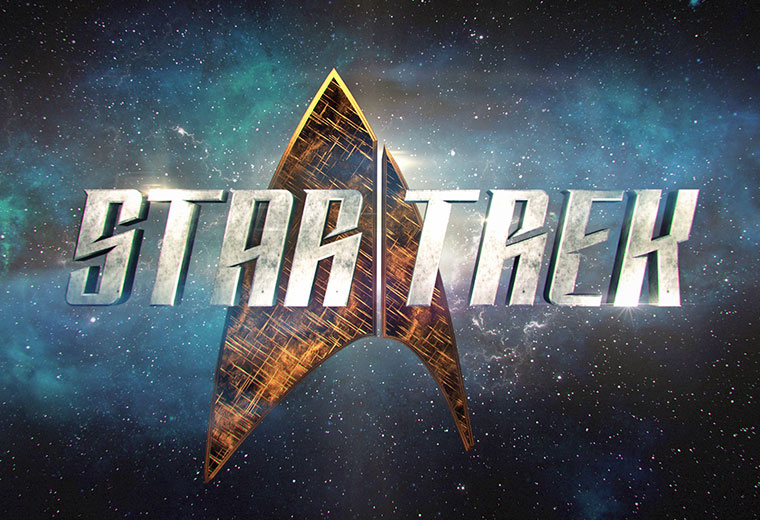 The headlines over the last few weeks have been absolutely dominated by STAR TREK BEYOND — but that may all change very quickly as we’re expecting some big news regarding the upcoming Star Trek TV series on Saturday during the “Star Trek: Celebrating 50 Years” panel. The panel that will celebrate the 50th anniversary of the franchise will be moderated by All Access series show runner Bryan Fuller in Hal H. The panel will feature former Star Trek actors William Shatner, Brent Spiner, Jeri Ryan, Michael Dorn and Scott Bakula. Who else may be on stage? We’ll have to wait and see.

On Thursday, Roddenberry Entertainment’s Rod Roddenberry and Trevor Roth, who are both executive producers on the new CBS All Access show, warned fans not to miss the big Star Trek panel on Saturday.

“We can’t tell you what you’re going to hear there, because then they [CBS] would be mad…” said Trevor Roth.

“But we can say that it might be worth going.” Roddenberry interjected with a smile.

Pre-production is already underway for the new series, but aside from the teaser trailer and the recent Netflix international distribution announcement, things have been very quiet. That could be due in part to CBS not wanting to step on Paramount’s toes prior to the release of Star Trek Beyond.

With the big Beyond premiere in the rearview mirror and the film’s nationwide opening on Friday, Saturday sure seems like a great time to make some big announcement’s regarding the new Star Trek TV series.

As always, stay tuned to TrekNews.net, as we’ll be bringing you all the Star Trek news coming out of San Diego Comic-Con all weekend long!