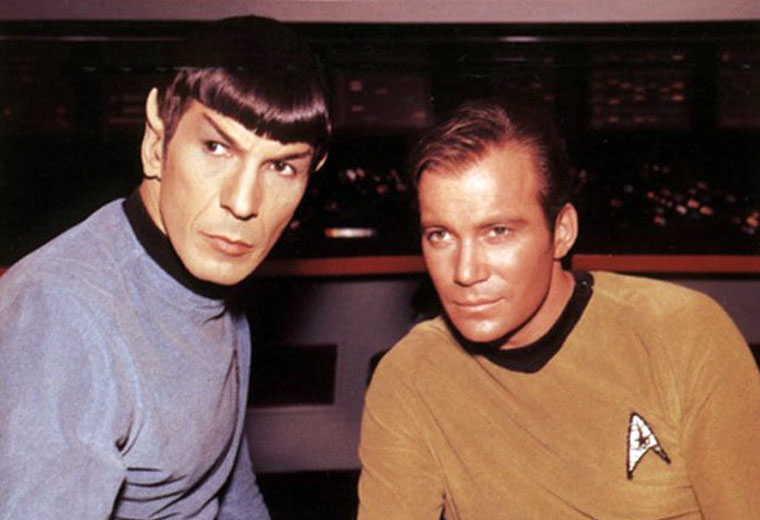 2016 is an amazing time to be a Star Trek fan. Not only do we have a new feature film, Star Trek Beyond, to satisfy our big-screen needs, but the franchise’s 50th anniversary is prompting celebrations worldwide. Such an impressive milestone means countless commercial items have sprung up in the form of books, comics, collectibles, clothing, video games, and even Barbie dolls and stamp collections. The message is clear: you simply can’t escape Star Trek in 2016. Consumers – and their wallets – are likely overwhelmed by the sheer amount of stuff available for casual and diehard Star Trek fans alike. With this ever-increasing black hole of things to buy, is there an item that singularly and definitively celebrates the history of the future?

The Fifty-Year Mission: The Complete, Uncensored, Unauthorized Oral History of Star Trek: The First 25 Years – the first entry in the two-part chronicle – neatly fits that bill. Publicized as an all-encompassing record that pulls no punches in revealing Star Trek’s origin and production from The Original Series through its movie sequels, authors Edward Gross and Mark Altman (both of whom have penned numerous Star Trek books) assume the tremendous task of compiling hundreds, if not thousands, of interviews – some old, some new – from dozens of cast, crew, studio heads, journalists, and anybody else remotely associated with Star Trek. In The First 25 Years, these accounts paint a detailed, multifaceted picture of the trials and tribulations involved in making Kirk and company’s adventures. What Gross and Altman have compiled here is more than 500 pages of interview snippets, arranged in a chronological timeline that offers insight that doesn’t always align with our perceptions of Star Trek and its history. “Uncensored” and “unauthorized,” indeed. 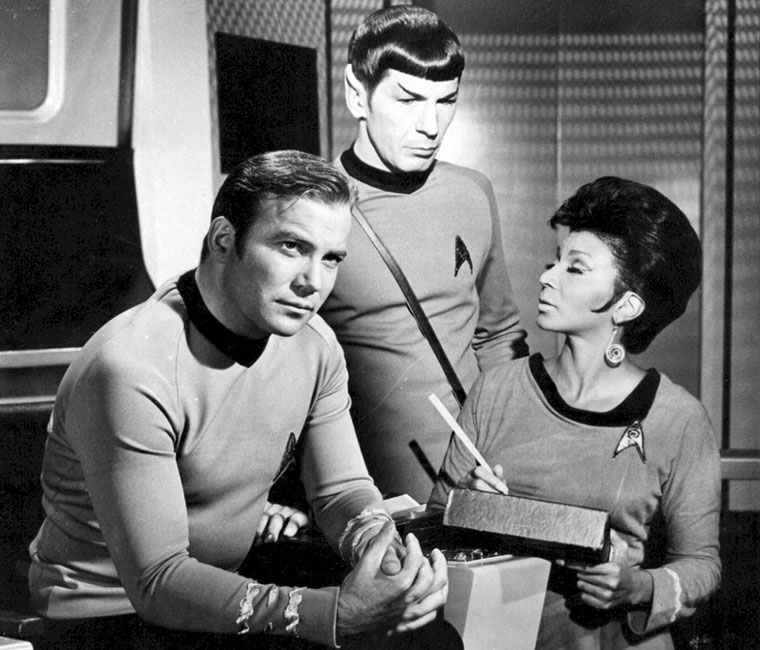 Considering The First 25 Years delves into the minute details of the people, places, and events in Star Trek history, it seems this book is meant only for die-hard fans. That’s okay. Not everyone cares about Gene Roddenberry’s pre-production memos during the mad dash to the TOS premiere, or his troubled relationships with studio executives. Not everyone cares about how the Star Trek conventions were born, or the seething letter (previously unreleased) written from Roddenberry to Shatner and Nimoy blasting their egos for deteriorating the show. Some people do, though, and this book is for them.

The sheer amount of insight – and this book is all about insight – is the goldmine that hardcore Star Trek fans have been waiting for. 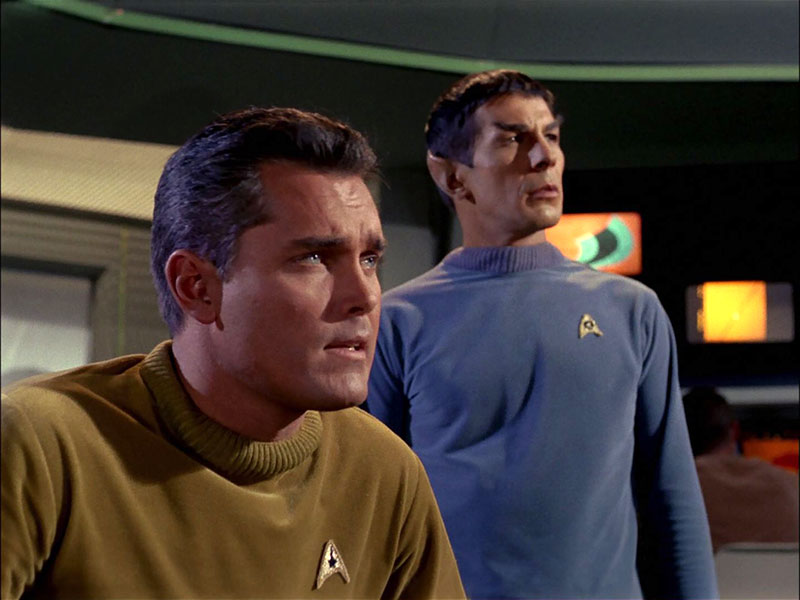 That’s not the say The First 25 Years is a perfect telling of this time in Star Trek’s history. The book’s format is a little disjointed; Gross and Altman usually introduce a theme or topic – for example, the creation of the first Star Trek pilot, “The Cage,” or peoples’ thoughts on Gene Roddenberry. Then, what follows are interview snippets (that unfortunately lack a date, which could have been helpful in constructing the book’s narrative) from anyone involved in that topic. The book reads much like a documentary in this respect. This style presents the maximum amount of primary source material, but at a cost. Because these people have different speaking styles, and occasionally speak on different subjects entirely, interviews sometimes awkwardly follow each other. While this doesn’t happen all the time – to their credit, Altman and Gross have impressively ordered these snippets so they follow each other as best as possible – it still takes fifty or so pages before one gets accustomed to this methodology, and the book never truly flows naturally. 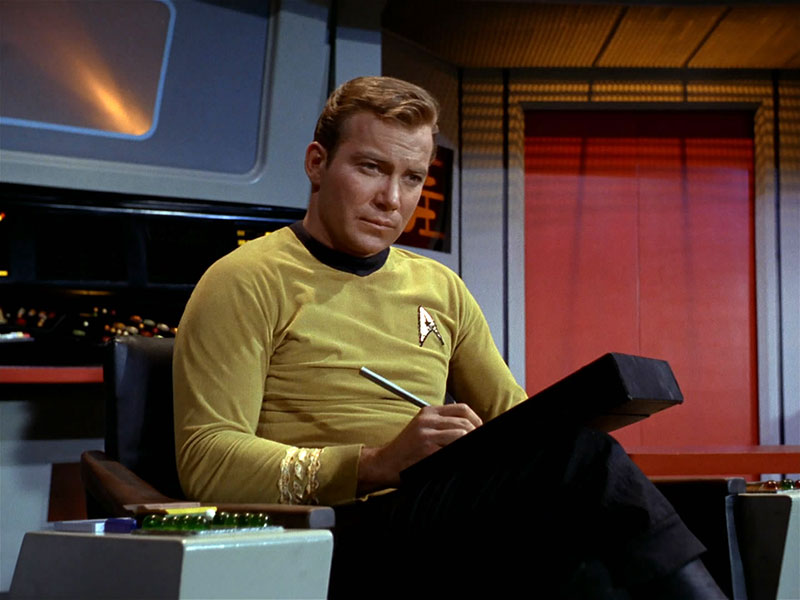 But let’s be honest here. The sheer amount of insight – and this book is all about insight – is the goldmine that hardcore Star Trek fans have been waiting for. Just look at the dramatis personae in the book’s beginning. Altman and Gross have not only included well-known players from both sides of the, like Gene Roddenberry, Harve Bennett, Gene Coon, William Shatner, and Leonard Nimoy, among many others, but those even more numerous players like Howard Anderson (cinematographer), Margaret Armen (writer), and Richard Arnold (Star Trek archivist), who offered their own modest, yet valuable contribution to Star Trek lore. The time spent vault diving and organizing interviews is truly staggering, and more than earns the book’s “complete” characterization. Even Star Trek historians will surely find something to learn here, which is a remarkable achievement for a franchise that has been under close observation for half a century. 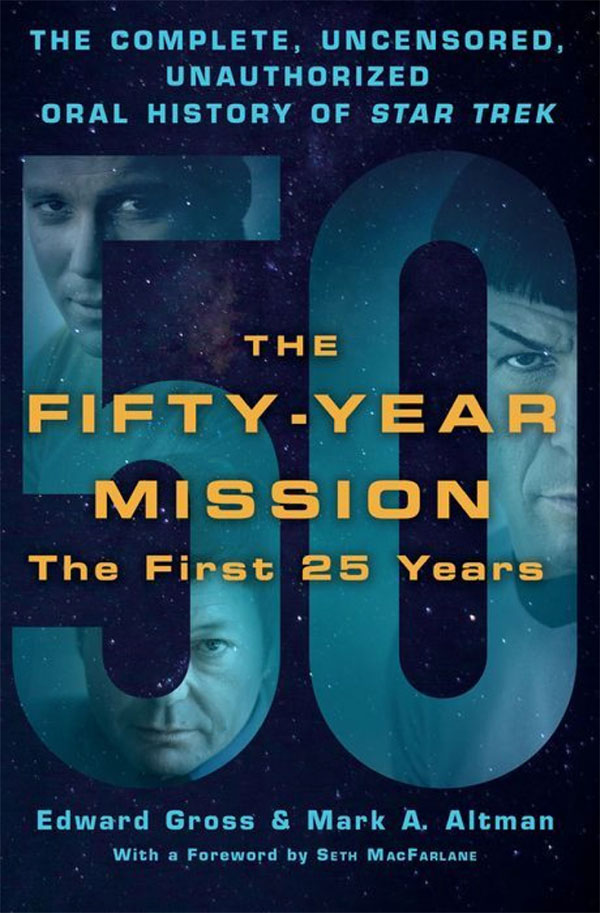 Many publications have been written about Star Trek’s heavy hitters, but what this book accomplishes is much bigger than those relative few. This self-described “love letter” to fans is a tribute to the carpenters, lighters, writers, businessmen, script producers, and guest stars. It is a tribute to the set builders, convention organizers, assistants, stunt doubles, screenwriters, wives, sons, daughters, and marketers. It is a tribute to anyone who helped production, and anyone who hindered it. It is a tribute to anyone who offhandedly suggested a line of dialogue, and to those who wrote the classic stories we are still talking about in convention halls and living rooms. What Altman and Gross have done is an invaluable service to Star Trek and its fans. Even though it doesn’t always read smoothly, this tribute to the tireless franchise makes this book the go-to item for celebrating Star Trek in 2016.

The Fifty-Year Mission: The Complete, Uncensored, Unauthorized Oral History of Star Trek: The First 25 Years is now available to order on Amazon.