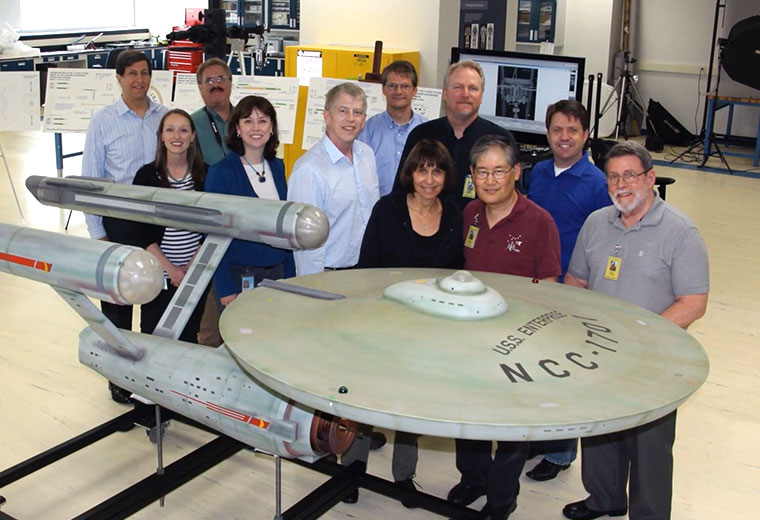 Bill George documented the restoration and detailed paint work done earlier this year on original U.S.S. Enterprise model at the at the Smithsonian’s Steven F. Udvar-Hazy facility in a short documentary video.

The model, which was originally donated to the Smithsonian National Air and Space Museum in 1974, is now prominently back on display at the Boeing Milestones of Flight Hall in Washington D.C.

You can check out Bill George’s video below.

RELATED: The Enterprise Is Back On Display At The Smithsonian …And She Looks Beautiful

The Smithsonian Channel will air a special on September 4th, titled Building Star Trek, which chronicles the undertaking.