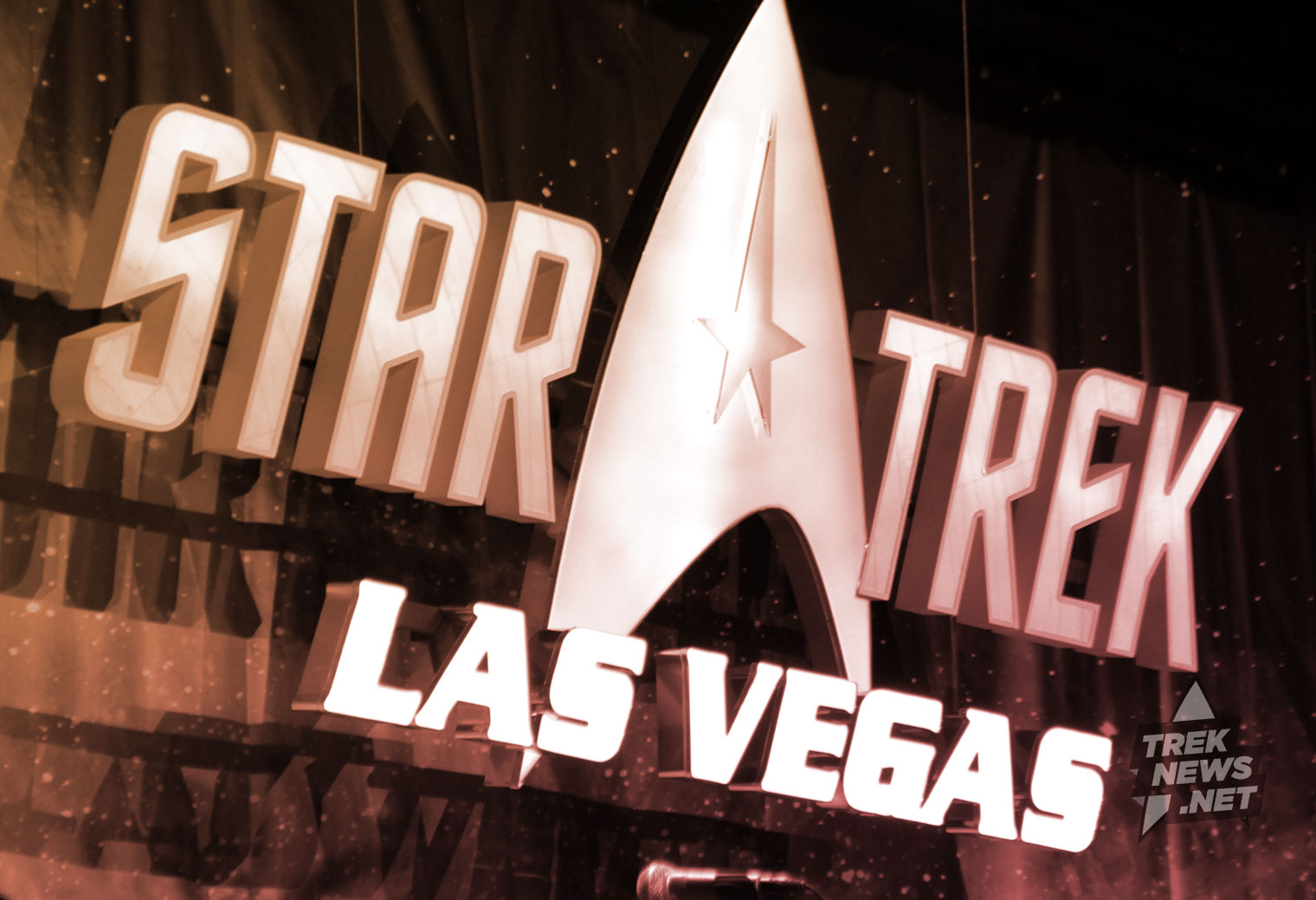 If you’ve attended Creation Entertainment’s Official Star Trek Convention in Las Vegas in the last decade — or a number of other genre conventions in Vancouver BC, Seattle, Portland, Los Angeles, and Salt Lake City — you’ve probably seen cosplay guru Eric Allan Hall in a variety of get-ups. From his award-winning Borg to TNG’s Data to Superman and even Aquaman, Eric is a master of the sci-fi and comic book costuming game.

Attending several conventions every year supplies Eric with experience to speak from. With Star Trek Las Vegas kicking off this Wednesday at the Rio Suites Hotel, Eric has shared some tips to help make your convention experience a successful and enjoyable one. 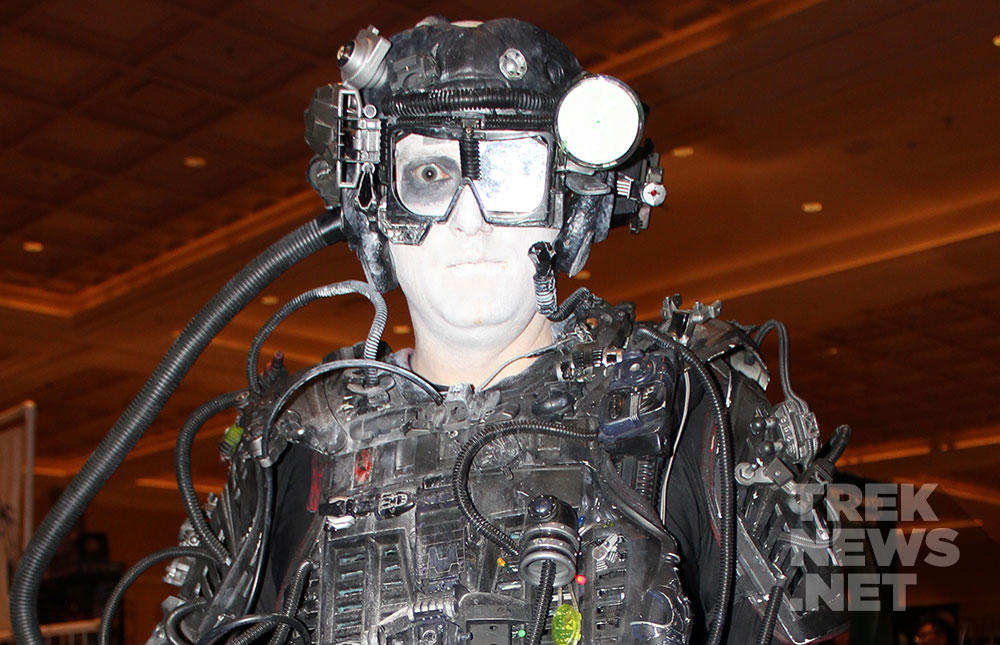 Talk to people in line around you. I have met people from all over the US and from all parts of the world, including Japan, England, Scotland, Germany, Australia, Chile, Canada, Spain, Peru, Brazil. A big part of the fun of the convention for me is talking with other fans. I get to see many of them again each year. If you have business cards, or just make some up on your home computer, it makes it easy to trade email addresses or Facebook information.

There is food available in the hotel restaurants and quick service areas, but if you throw a few granola bars, fruit, beef jerky, or whatever you like to munch on into a backpack, you can save money for things in the dealer’s room There are large jugs of ice water and plastic cups in the actual convention hall, in the dealer’s room, and outside the convention hall, so you don’t have to worry about bringing bottled water, unless you really want to. Plus, the rooms at the Rio have a small refrigerator to keep leftovers or other items cool.

Bring extra batteries and memory cards (or film) for your camera. Besides getting shots of the stars while they are on stage, you’ll see a lot of folks in some great costumes. Most of them don’t mind at all if you take a photo of or with them.

Dress up if you can — it just adds to the experience. I’d say that at the Las Vegas convention, about 20% of the attendees wear a costume of some sort or at least a uniform top with jeans. About another 20% wear a Star Trek t-shirt or baseball cap with regular casual clothes, and then the rest are mostly in shorts, jeans, and T-shirts. I like to bring a different costume for every day and really go all out. In the past, I’ve dressed like a Klingon, an Andorian, Captain Kirk, Kirok, Mr. Data, Lore, and a Borg. The past couple of years, there were attempts to break the previous Guinness World Record for most Star Trek fans in costume gathered together.

Despite being in Las Vegas in August, the actual convention hall tends to be on the chilly side, because of the air conditioning. If you get cold easily, you might want to bring a sweater or a long-sleeve shirt.

The Dealers Room is large and has a nice variety of things, from actual screen-used costumes and props (these can get pricey) to models, toys, patches, fan-made uniforms, action figures, videos, books, art, t-shirts, 8×10 photos, posters, jewelry, CDs, etc., and not all from just Star Trek. There is also merchandise from Star Wars, the X-Files, Battlestar Galactica, and more. Most of the vendors are equipped to take credit cards, but having cash-on-hand doesn’t hurt.

I’m not really into autographs, and I go sparingly for photo ops, but the lines for popular stars can be REALLY long (sometimes an hour or two). Photo ops and autographs can sell out quickly. So, if there is someone you would really like to get, buy your ticket for them sooner rather than later.

There are more cast and crewmembers in the dealers room, and generally you just walk up to their table if you would like a photo or an autograph. The Creation website has the price list for each person appearing. 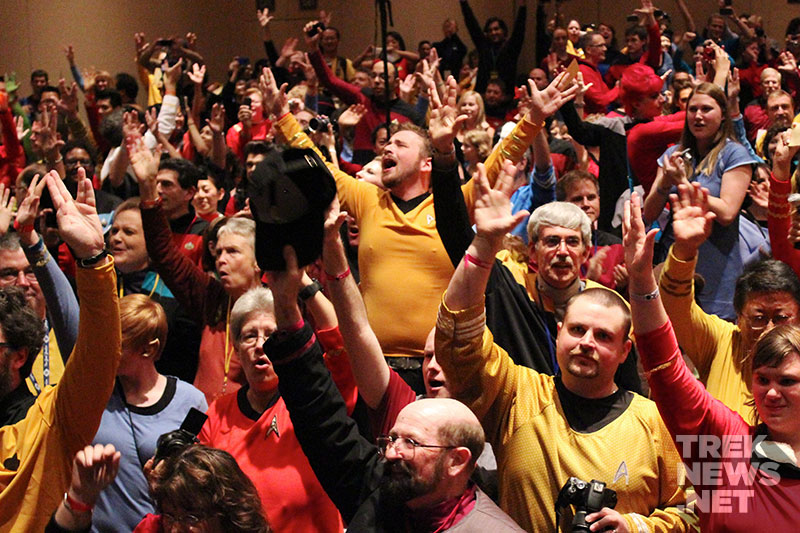 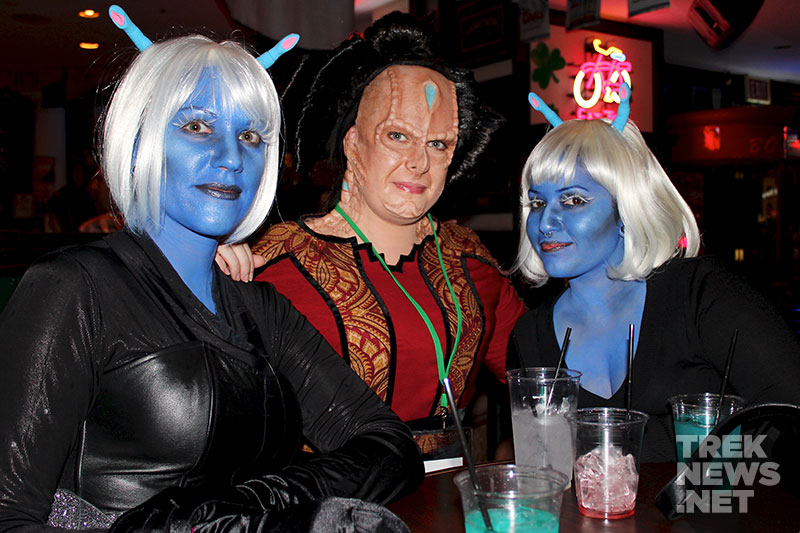 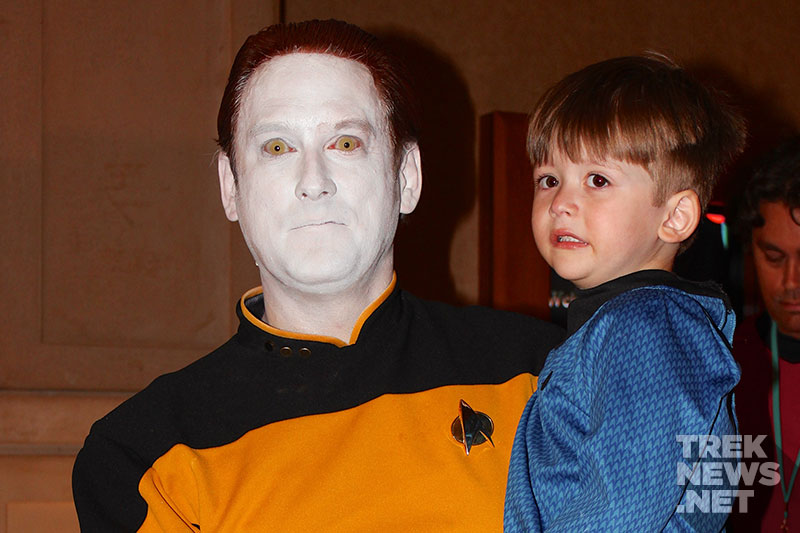 Stay tuned to TrekNews.net for exclusive news and photos from STLV all week long!

In this article:Conventions and Events, Fandom, STLV 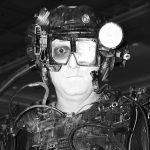 Eric Allan Hall has been cosplaying since 1992, and is a member of the Utah-based charity costuming group HEROIC. A lifelong Star Trek fan, Eric and his Mr. Data and Borg costumes have been featured in the documentary films "William Shatner's Get A Life" and Eugene Roddenberry's "Trek Nation". When he's not in costume, Eric enjoys spending time with his four children, singing karaoke, making raku pottery, photography, and working as a corporate trainer for a major telecommunications company. You can follow him on Twitter at @eric3060.