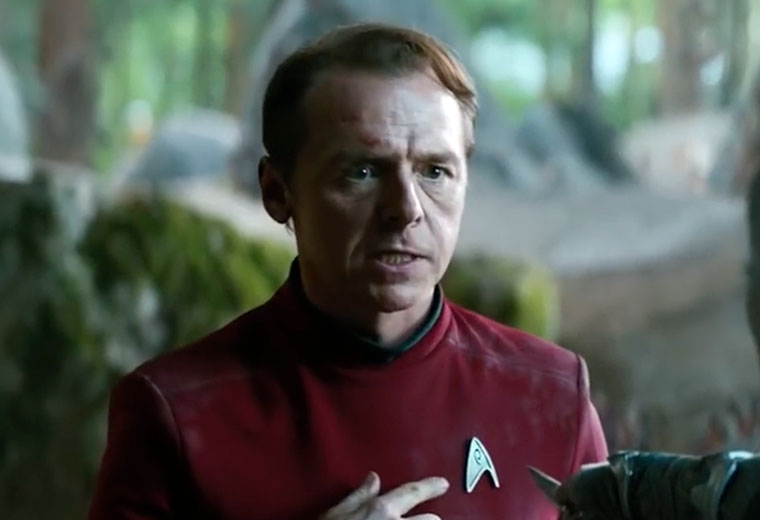 The Star Trek franchise has a long history on both the small and big screen over the last fifty years but many fans believe that at its heart, the ideals and storytelling of Star Trek translate best on television. Recently, Star Trek Beyond co-writer and star Simon Pegg sat down with Jordan Hoffman, the host of Engage: The Official Star Trek Podcast, to discuss the Beyond writing process and also Star Trek’s upcoming return to television.

“Star Trek’s home is television. The movies have always been… a kind of celebration of that. They’ve been events that have happened at the cinema but I think, the true home of Star Trek really is TV. I’m very excited it is back there.”

Following the release of Star Trek Beyond, several fans and critics remarked that the film felt like an extended big-budget version of classic TOS episode. Pegg acknowledged that remark, saying:

“That was kind of our … Doug (Jung) and I… that was kind of our thing y’know? We sort of said that in the writing room ‘Let’s make a — big budget episode of The Original Series. That seemed like the right thing to do on the 50th anniversary.”

Pegg gave Hoffman further insight into the Star Trek Beyond writing process and reveals a few “Easter eggs” moviegoers may have missed.

You can listen to the entire episode at Play.it/StarTrek and on iTunes.

In this article:Simon Pegg, Star Trek Beyond, Star Trek: Discovery