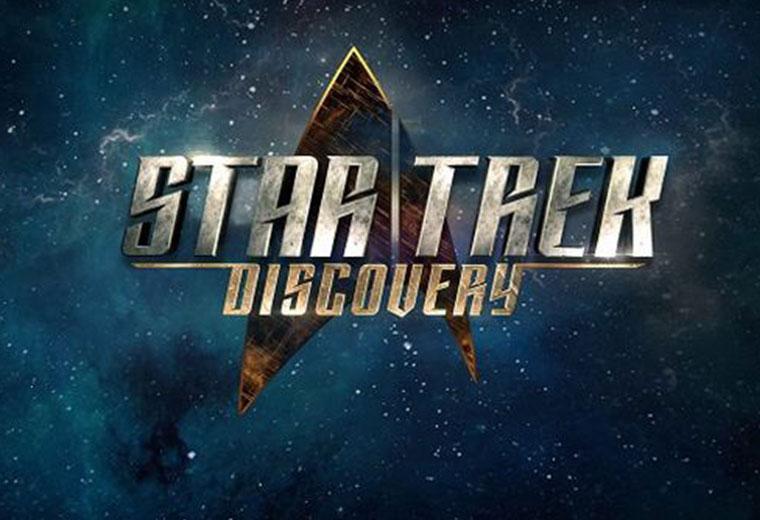 Here’s some of the highlights:

• The main female character, that had been discussed earlier this month, will be called “Number One”.

When we introduce our protagonist, she is called ‘Number One’ in honor of Majel Barrett’s character in the original pilot [“The Cage,” which starred Jeffrey Hunter as Capt. Christopher Pike]. And as we were first talking about the series, talking to CBS, we said intially we will only call this character Number One.

• The first hour of Star Trek: Discovery was written by Fuller and Alex Kurtzman. The second was written by Wrath of Khan, Voyage Home and Undiscovered Country director Nicholas Meyer.

• New co-showrunners, Gretchen Berg & Aaron Halberts, have been added to the writing staff.

• Jesse Alexander, who has worked on Alias, Heroes and Hannibal, has also been added to the writing staff.

• Fuller discussed setting the show in the Prime timeline.

Really when we developed the story it could take place in either Prime or Kelvin so the timeline was relatively inconsequential. But there was the cleanliness of keeping our series independent of the films. That way we don’t have to track anything [happening in the Kelvin timeline] and they don’t have to track what we’re doing. And you can have two distinct universes — one where Sulu is straight and one where Sulu is gay.

• Adding a 14th episode to the first season is unlikely.

Probably unlikely,” Fuller said, “but there’s — things change weekly and you never know how the wind’s going to blow.

• Fuller wants to keep the story tight and not spread the writing and story too thin. When asked how he’d react if CBS head Les Moonves asked for 26 episodes, Fuller said:

• The first season of Discovery won’t be jumping through time.

I guess [we’re not using time travel in season one]?” he laughed. “I’m going through all the plots for this season [in my head],

• Casting announcements should be coming this fall.

We’ll probably have some [casting] announcements in October,” said Fuller. “We’ve met with fantastic actors and of course there are people I’ve worked with before that I’d love to see on Star Trek. We’re trying to figure out everybody’s schedules.

You can listen to Nerd World Report’s interview with Bryan Fuller here.

via Ain’t It Cool News