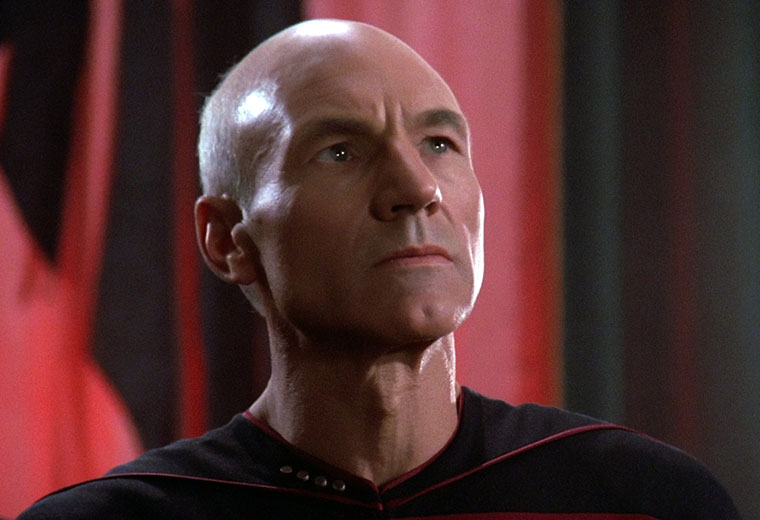 The Fifty-Year Mission: The Next 25 Years: From The Next Generation to J. J. Abrams: The Complete, Uncensored, and Unauthorized Oral History of Star Trek Book Review

If you read the first volume of the The Fifty-Year Mission duology – titled The First 25 Years – and thought it was brimming with content, then you know what to expect with the second volume, The Next 25 Years: From the Next Generation to J.J. Abrams. Clearly, this book is catered to a specific audience. If you are a Star Trek fan that loves going beyond the main characters, popular episodes, and basic knowledge of the franchise, then you’re in luck: here is another book to satisfy your Star Trek needs.

Indeed, TrekNews.net called the first volume “the go-to item for celebrating Star Trek in 2016,” and the second part holds true to this assertion; it packs even more material than its predecessor. Of course, this is to be expected, as The First 25 Years “only” chronicled The Original Series and its follow-up movies, telling the story of its production using interview snippets from actors, producers, and basically anybody that had a role in the making of Star Trek. This volume tackles the enormous task of doing the same thing with not only The Next Generation, but Deep Space Nine, Voyager, Enterprise, and all the movies between Star Trek: Generations and Star Trek: Into Darkness. For those keeping count, that totals 27 seasons of television, and six movies. No wonder the book is massive, clocking in at 864 pages.

Within these interviews is an exhaustive, enthralling amount of information. Hardcore Star Trek fans will likely have little complaints about the variety of sources the book uses, and kudos to the authors Edward Gross and Mark A. Altman for creating a driving, multi-dimensional narrative using all these segments. Unlike the first volume, this book creates a cohesive account from cast, crew, producers, and everybody in between, something the first volume initially struggled with. In these pages, you’ll read a completely uncensored, documentary-style chronicle of the highs and lows of producing Star Trek. The book pulls no punches, as even the darkest parts of Star Trek’s history, like the tense, horrendous working environment of early The Next Generation, are displayed for the audience to see. There is no attempt to soften anything, such as the crude, offensive, or non-politically correct versions of Gene Roddenberry, Rick Berman, or others. It is indeed an uncensored telling, which only grants legitimacy to the all-encompassing volume. 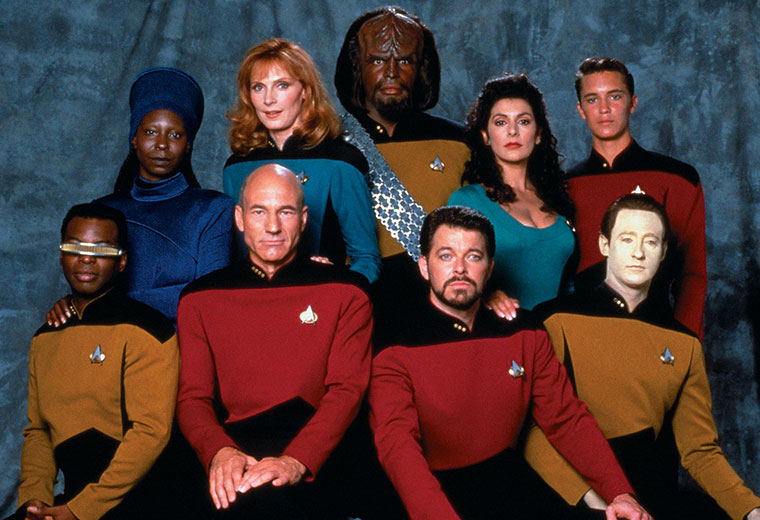 It is hard to find fault with such an undertaking. Every period is dedicated an appropriate amount of space, and for the most part, no stone is left unturned by the authors. However, it would have been nice for the book to focus more on the physical production aspects of the various episodes and movies, such as set and model design, as much as it does on what happened in the writers room and production offices. In any case, it is refreshing to read detailed, uncensored accounts from the cast and crew of The Next Generation spin-offs, especially as these shows aren’t usually given as much attention as The Original Series or The Next Generation. With this in mind, it is doubtful that any other item related to the 50th anniversary of Star Trek is as good at conveying the sheer complexity of what happened behind the camera across these countess productions. Like its predecessor, this book is absolutely a goldmine of information. 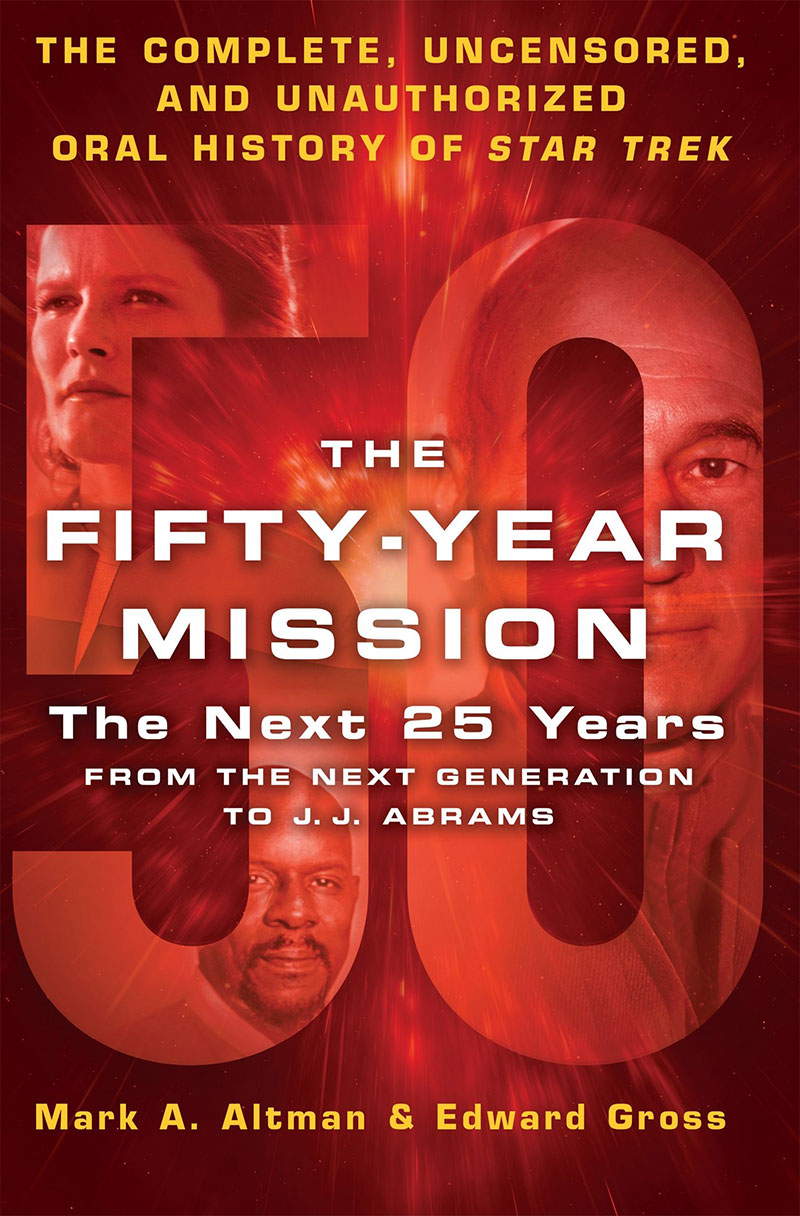 The Fifty-Year Mission: From The Next Generation to J.J. Abrams front cover

If you have a fascination with Star Trek and its production, then absolutely buy this book. It will increase your appreciation and knowledge of the franchise tenfold, and you will learn things about certain episodes and people that you never knew before. The fact that Star Trek is half a century old makes this accomplishment quite impressive. The Fifty-Year Mission duology should certainly have a place on every Star Trek fan’s bookshelf.

You can order The Fifty-Year Mission: The Next 25 Years: From The Next Generation to J. J. Abrams: The Complete, Uncensored, and Unauthorized Oral History of Star Trek now on Amazon.