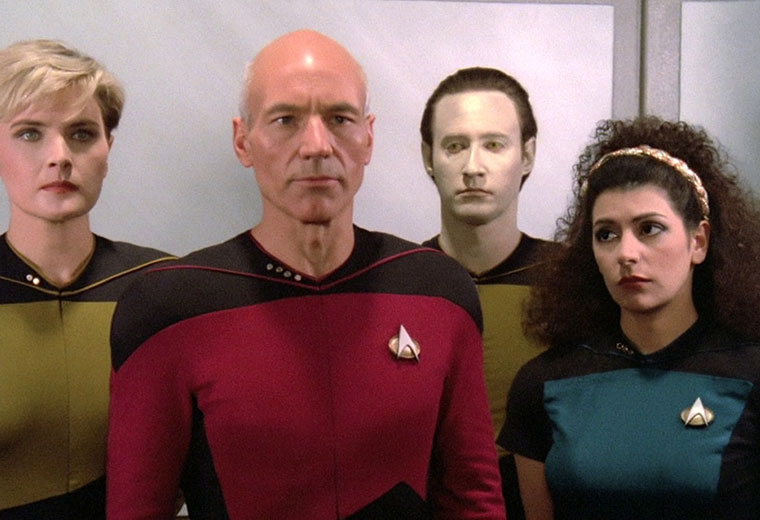 It really is a pretty amazing time to be a Star Trek fan. All this year we’ve been celebrating the 50th anniversary of the franchise and saw a new blockbuster film. Now, just a couple months after the Wand Company released a Bluetooth TOS Communicator, ThinkGeek has unveiled a Bluetooth ComBadge developed by FameTek, just like the one worn by Captain Picard and the crew of the Enterprise-D in The Next Generation.

The officially-licensed ComBadge, which is now available for pre-order, plays the classic communicator chirp sound effect when you press it, connects to your Bluetooth-enabled device (your smart phone), has a built-in microphone for hands-free calling and accepts commands through Siri, Google Now, or Cortana.

Shipping in November and priced at $79.99, you can pre-order the Star Trek: TNG Bluetooth ComBadge at ThinkGeek. 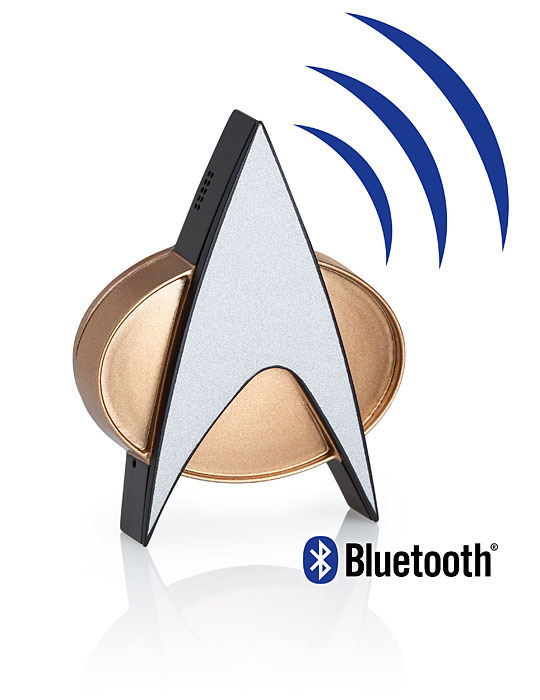 We’ve had a screen-accurate prop replica ST:TNG badge in our closet for a while. The only thing it was missing was the ability to emit the classic communicator chirp sound effect when we pressed it.

And then we found out an audio company is making a fully-functioning officially-licensed communicator badge. Behold the Star Trek TNG Bluetooth® ComBadge. It hooks up to your phone or device via Bluetooth® and has a built-in microphone for hands-free calling. Once connected, one touch answers/ends calls, plays/pauses audio, or accesses Siri, Google Now, or Cortana. And, of course, a touch plays that classic communicator sound effect. Warning: you’re going to want to keep the micro-USB charging cable handy right after you receive this, because making it chirp is well-nigh irresistible.