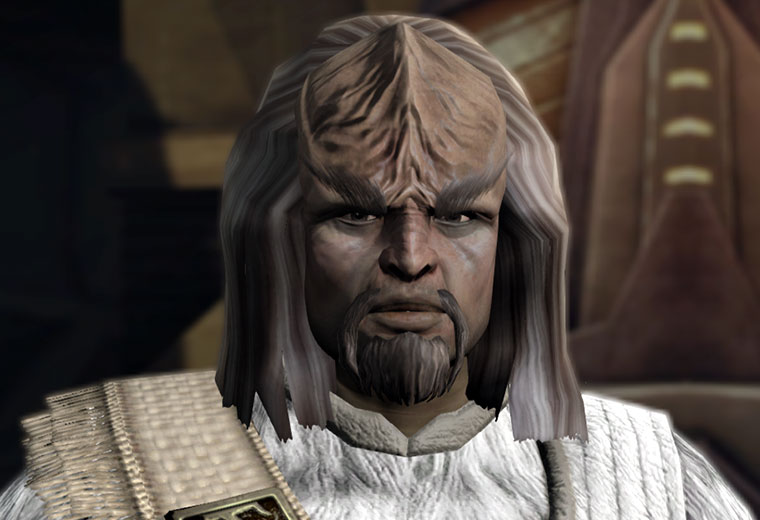 Star Trek Online is not a new game. Originally launched on PC in 2010, Online has been growing and improving for the last six years. At first it was met with mediocrity, but like most massive multiplayer online role-playing games, the title has evolved so much over time that the game that launched six years ago is not the same game today.

September 6 marked the release of Online on Microsoft’s and Sony’s consoles, and with it some welcome improvements. While it may not be a new game in the traditional sense, it might as well be; the game has been given a second wind on consoles, and is definitely the best version of developer Cryptic’s love song to the 50-year-old franchise. 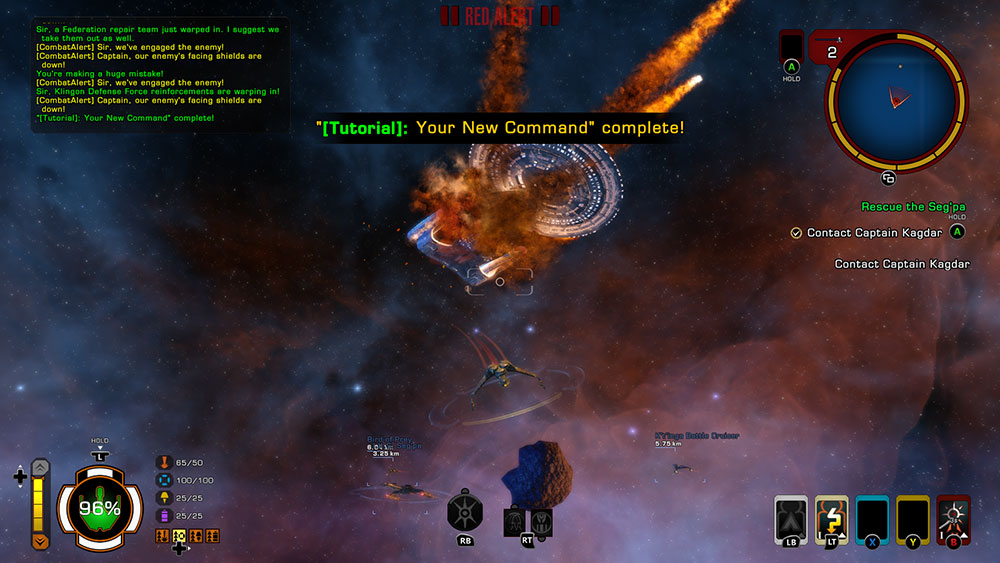 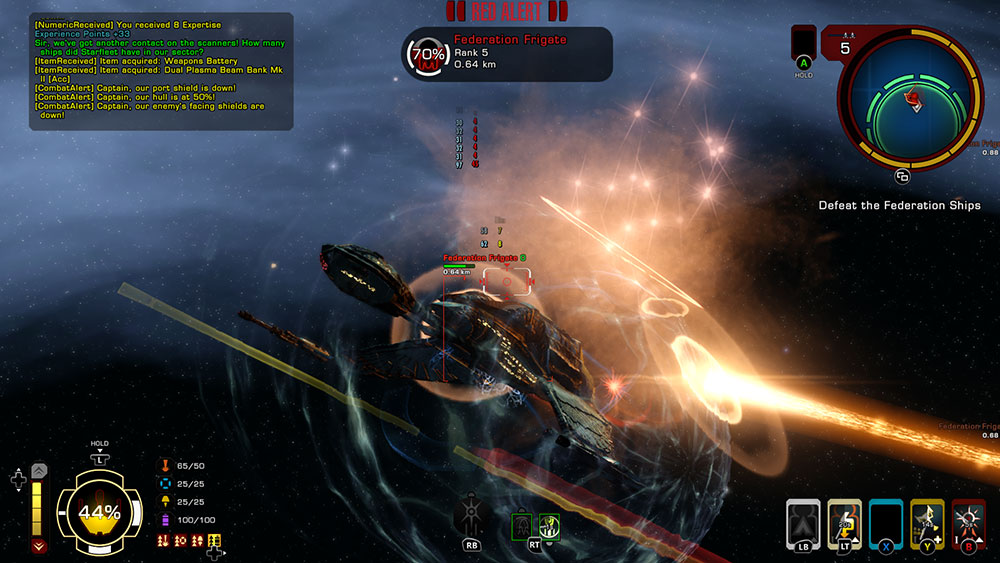 As you can see in the screenshot above, the heads up display is not nearly as cluttered as its PC counterpart, and each ability (in the lower right-hand corner) is mapped to a particular button on the controller. In the upper right-hand corner, near the mini-map, players can simply hold A for a list of options, like the ability to scan the area and adjust the camera angle, among others. PC veterans may be asking where the rest of a captain’s abilities are, and in response Cryptic has designed a radical menu, the kind that is utilized more and more games nowadays, to easily display abilities in the heat of combat. The same UI applies for space combat, where the HUD is equally clear and accessible. 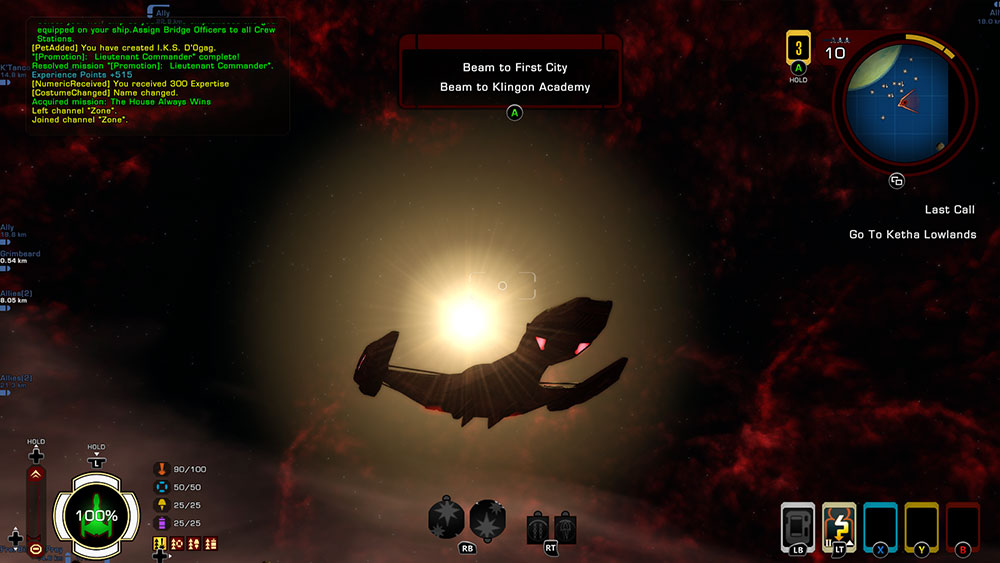 An equally noticeable improvement to the console version is the enhanced graphics engine. The lighting has essentially been redone from the ground up, meaning environments look more realistic and ship and character models look more believable. These improvements mean the game packs a decent visual punch, leading to such moments as this vista seen from the Klingon shipyard: 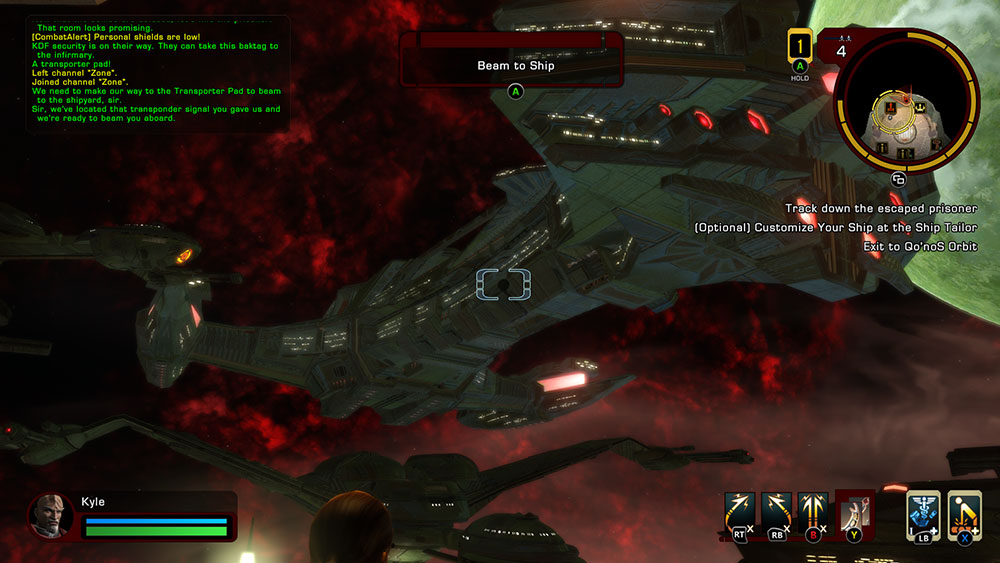 This isn’t to say the game is on par with other popular console releases; character animations are hilariously wooden, lip sync is noticeably off, and environment materials, like textures and props, often don’t load together, leading to a jarring interruption. These are faults the game carried through from the PC version, and is likely simply a result of MMORPG development (they are never as graphically sophisticated as other genres due to the sheer amount of material in the game). Nevertheless, STO has never looked better, especially for those who might have previously played on low to mid-range PCs. 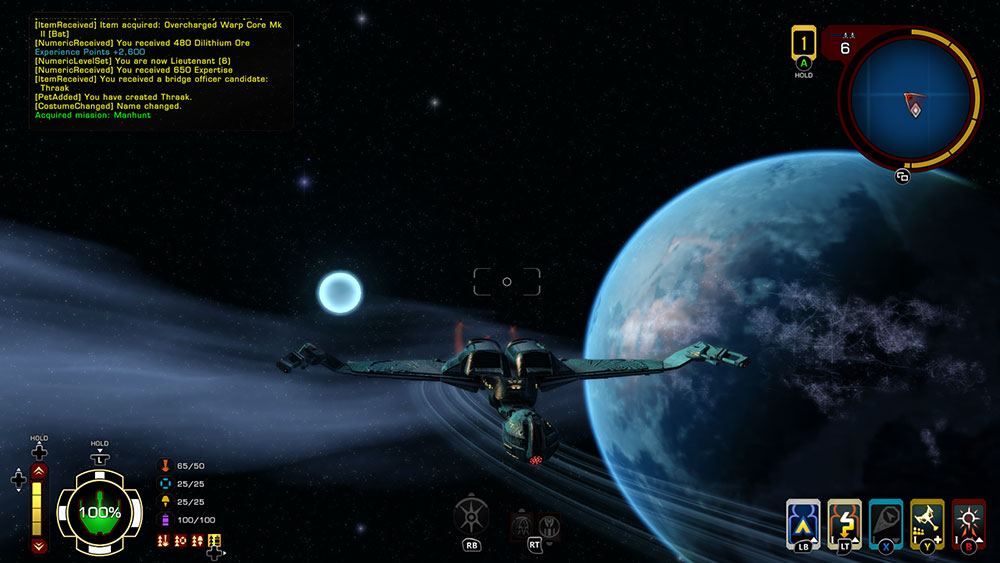 The transition experience isn’t perfect, however. New menus had to be designed for every aspect of the game, and some of these interfaces are uninspired. For example, the ship selection screen is a bland take on what should be an exciting event in a Star Trek game – choosing your own vessel. It would have made the game’s presentation much better if the design of the menus matched the game’s graphical improvements, but as it is, it’s jarring to go from a lovely environment into a dull menu. Luckily, navigating these menus aren’t a problem, as the console controller scheme works well here, too. The menus have another saving grace: the fact that you can explore them mid-flight. This functionality makes interstellar travel much less tedious, and you can modify your character’s or ship’s equipment, browse the C-Store, or change game options while traveling to the next star system. 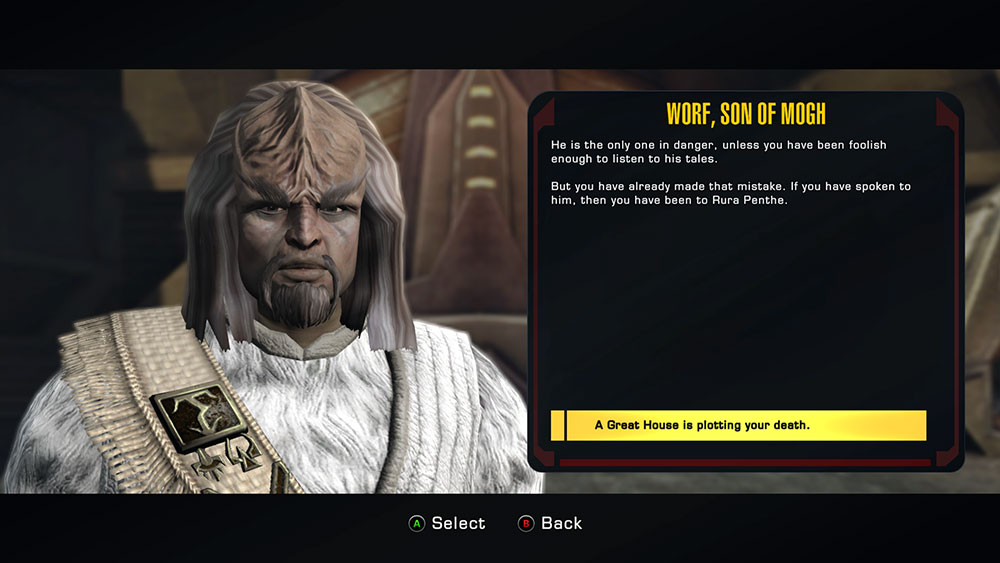 Some bugs have presented themselves upon several hours play of the game, some more annoying than others. For instance, the game never seems to remember which camera angle you prefer, forcing you to change it manually every time you beam to a planet surface. There are also some dialogue glitches, where the text on screen doesn’t match what the character is saying. These faults don’t necessary bring the game down, and Cryptic does weekly maintenance on the game, so hopefully these little issues will be resolved soon. 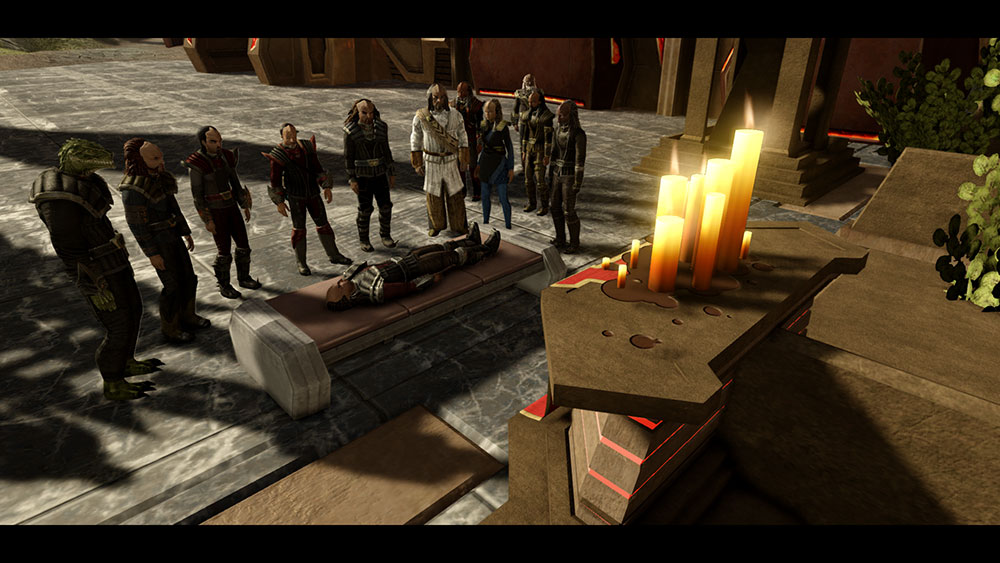 Ultimately, STO on consoles isn’t a shameless cash-in on the Star Trek license. It is a legitimate revision of an aging game, complete with a welcomed graphical update and a simplified, well-executed control scheme. Considering the game is still free-to-play, there’s no reason why Star Trek fans shouldn’t give the game a whirl. Considering the lack of quality Star Trek games out there, STO is a wanted addition to the franchise’s checkered gaming catalogue, and Cryptic should be praised for this overall excellent port.