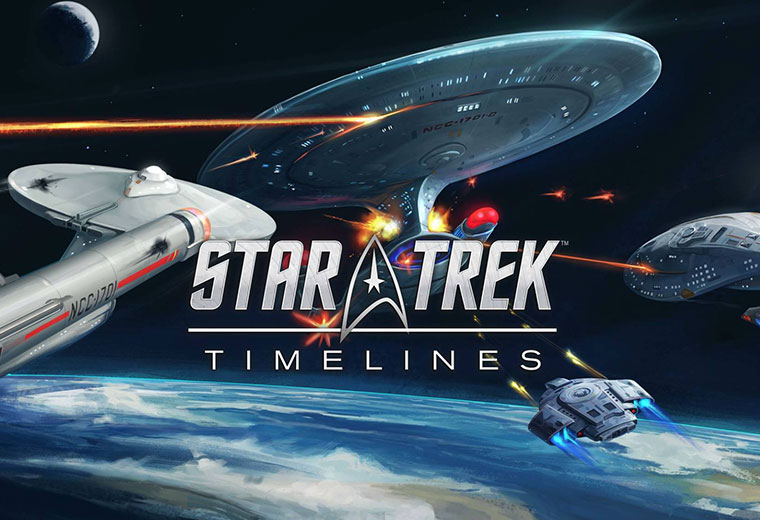 At the Star Trek Mission convention in New York in early September, TrekNews.net had the opportunity to catch up with David Heron, lead designer behind the hit mobile game Star Trek Timelines. Heron touched on the game’s success, directions the team wants to explore, Star Trek in gaming, and working with John de Lancie.

Developed by Disruptor Beam, Timelines is developed and managed by a 25-person team. Since the game launched in January 2016, the group has been hard at work addressing player feedback and critiquing the game’s features.

“We’ve had about 3 million downloads, so there’s been a lot of feedback,” said Heron. “Player feedback is always interesting. We love hearing from our customers, but a lot of them have different opinions on what the game should be like.” 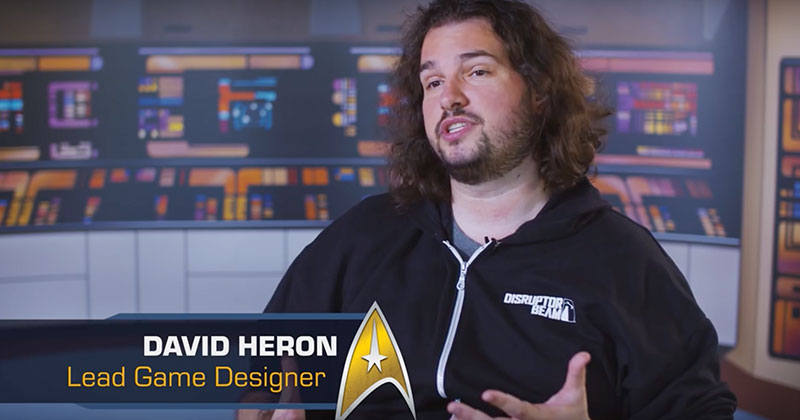 The structure of the game revolves around players collecting and upgrading crew members from all incarnations of Star Trek, as they complete bite-sized, strategic ground and space missions. Heron affirmed that Disruptor Beam is hard at work adding new characters, new events, and new storylines.

“Since the game launched, we’ve scaled up the team,” said Heron. “We’ve probably spent more time on the game since launch than before launch. Having people build and maintain the game is quite the effort.”

Star Trek fans who play the game will notice the sheer amount of lore involved in the game’s story missions, character building, or ship combat. This amount of research was no easy task. 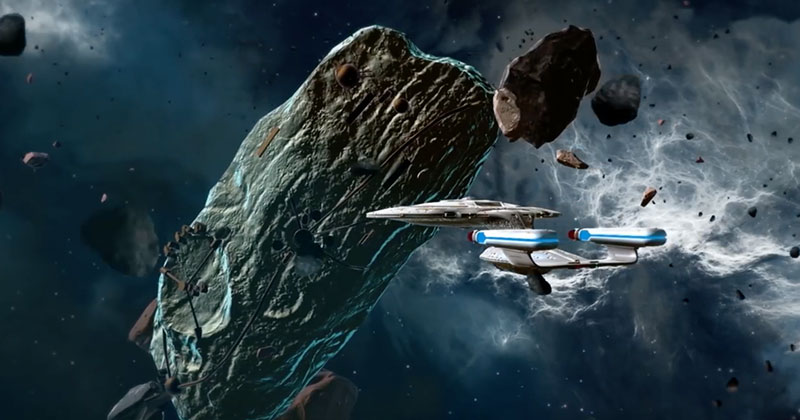 “The research process was a lot of fun. People came at it from different ways,” explained Heron. “For example, one of our artists almost always had Star Trek on his second monitor. Our executive producer ended up watching everything, including The Animated Series and all the movies in 14 or 15 months. For myself, Star Trek has always been a part of me, so even before the game, I was rewatching Deep Space Nine for the fourth time before I took the job.”

Heron also briefly touched on the process of creating a game for such a wide variety of hardware. Like all mobile developers, Disruptor Beam had to design Timelines with the entire Android and Apple hardware range in mind, as opposed to, say, a console developer who only has to accommodate the Xbox and PlayStation specifications.

“It’s a struggle to develop for mobile platforms,” said Heron. “Sometimes you do a great job, sometimes you don’t. Our goal is to keep it as open as possible so as many fans as possible can play the game. It’s really just an ongoing process. We’re constantly tweaking things, and it is a balance. We want to make sure the game is visually stunning, but also accessible.”

Heron was adamant that Timelines is an evolving game, with new content releasing on a fairly quick schedule.

“My vision and that of the team is that we want to create new Star Trek stories. The canonical part I’m not too concerned about. It’s all about making a good story,” said Heron. “We want to start creating collaborative storytelling. We’ll be increasingly launching content where players are playing together but we’re also going to set the ball in motion, where we cause a problem, and through events, we want the players to resolve the problem. Who they use, and the choices they make, will determine the outcome. It is kind of like a cross between a choose-your-own-adventure and Mid Libs.”

Heron used the in-game event “The Second Battle of New York,” which was ongoing during the convention, as an example of the team’s direction. In this event, players chose to complete missions for a specific faction. At the end of the event, the faction with the most victories would decide the story outcome. In this way, players had a say in how a story thread played out. Heron said players can expect similar events in the future. 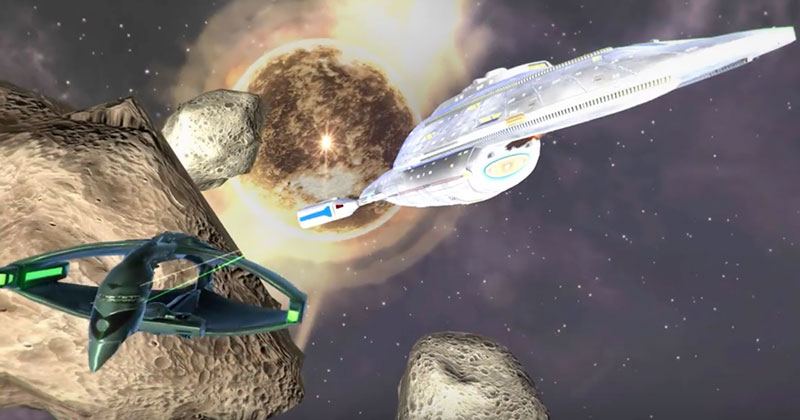 “The goal isn’t that the players feel rushed or tired by us putting out new content quickly,” said Heron.  “That’s how we want to evolve the story. We want to create this cycle of putting out content, observing how players play, and then use that to generate new stories. This process is really hard for a game to do. You can’t really do that on console games because the development process is too slow.”

“We’ll ultimately allow the leader of a squadron to share a crew member with all the people in the squad,” explained Heron. “In that event type, we want more senior players to help out new recruits. With each new event, we want to build new functionality into the fleets and squadrons [the game’s social and cooperative functions]. Some of the plans are still being worked out. We are always listening to how the community responds and see how it goes.”

Currently, there are only two major Star Trek games out in the wild: Star Trek Timelines, and Star Trek Online. While Ubisoft’s virtual reality game Star Trek: Bridge Crew is incoming, the history of quality Star Trek games is checkered, at least according to the average Metacritic score for recent games. Heron pondered why this is the case.

“Star Trek is so big, it means a lot of things to different people,” said Heron. “So even in our development team, there’s some push and pull to what Star Trek is. Some people think it’s about science, and that makes a lot of sense. To a lot of people, Star Trek is about diplomacy and meeting new people. To another group, they love the Dominion War, and they like the space battles. To say Star Trek is one thing isn’t true. I think it comes difficult when you try and do everything, and that’s why a lot of games fail.”

Lastly, Heron offered his thoughts on working with John de Lancie, who reprises his Star Trek role of “Q.” Lancie provides voiceover for the game, and his character is the shady source of the game’s temporal disturbances.

“I’ve always been a fan of his work,” said Heron. “What’s great about working with John is that is super passionate and he’s thought a lot about Q, probably more than most people. Being able to bring him in has been a source of inspiration, but he has also kept us out of tricky corners that other games have fallen into. He comes with his own creative input and works with our lead writer a lot. It’s been a lot of fun working with him, and he’s made out game better.”

While Timelines has cultivated a fan base in the millions, there is so far no thought of a Timelines 2. Heron asserts that the team is focused on bringing new content to Timelines for the foreseeable future.

Stay tuned to TrekNews for the latest coverage of Star Trek Timelines.