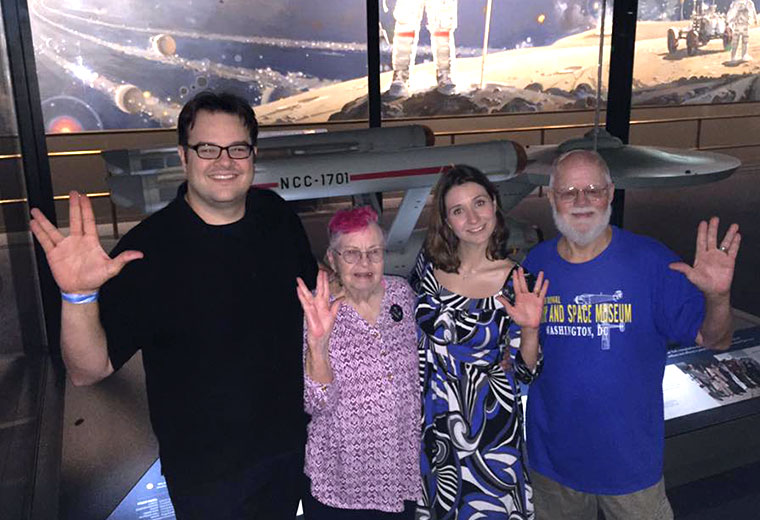 In February of 2014, shortly before the USS Enterprise studio model was packed up and hauled over to the Emil Buehler Conservation Laboratory at the Steven F. Udvar-Hazy Center, my friend Matt and I made a pilgrimage into Washington D.C. We needed to see the ship buried on display in the basement of the Air & Space Museum’s deep, dark, dank gift shop. I had this absurd fear: what if this beautiful relic, this physical manifestation of everything I held dear about STAR TREK, cracked and crumbled in the restoration process? What if this was my last opportunity to say goodbye to not only the most iconic starship in science fiction, but also my only tactile connection to these fictional men and women I held partially (but genuinely) responsible for my emotional and intellectual development? That’s a lot of sentiment to lie at the feet of a prop from an old television show. Some might find it ridiculous. Some may totally understand. But it was a feeling similar to the one that draws you out to visit a loved one’s grave, an act of love and remembrance.

I was not born a Trekkie. It took time. It took effort. It took a lot of money. My mother remembers trying to pull me out of the black hole of STAR WARS toy collecting by suggesting the rerun adventures of the original series. I would have none of it. Still too young to understand Horta and Lokai metaphors, Styrofoam rocks simply could not compete with lightsabers. However, in the fall of 1986, when I was probably concocting the most epic of Santa wish lists filled with HE-MAN and GI JOE action figures, my parents plopped me in front of STAR TREK IV: THE VOYAGE HOME. For me, this comedic time-travel romp validated the crew of the USS Enterprise. Not with phasers or Klingon Birds of Prey, but with “Hello Computer” and “Double Dumb Ass On You.” I immediately loved these people, and I was ready to join up with Starfleet. Thankfully, a year later, THE NEXT GENERATION premiered, and with it, the best of STAR TREK licensing. From Galoob to Playmates, I could not escape the addiction to plastic. How terribly 80s.

With the purchase of our first VCR, I began recording every single episode of TNG. Having missed a season or two or three before this process even began, the task of collecting episodes took years to accomplish, and continued even some time after the last episode of the seventh season concluded. Somewhere along the way, I traveled back in time, and gathered all the adventures of the original cast. By the end, somewhere in the mid 1990s while firmly entrenched in the horrors of high school, I was a fully-fledged Trekkie. Trapped in an environment of acne and deep cynicism, it was STAR TREK that gave me hope for my own place in the human adventure. The dream of Gene Roddenberry sometimes feels distant, but this science-fiction love affair convinced me that we will all find our seat aboard the USS Enterprise.

And they were going to tear her apart. 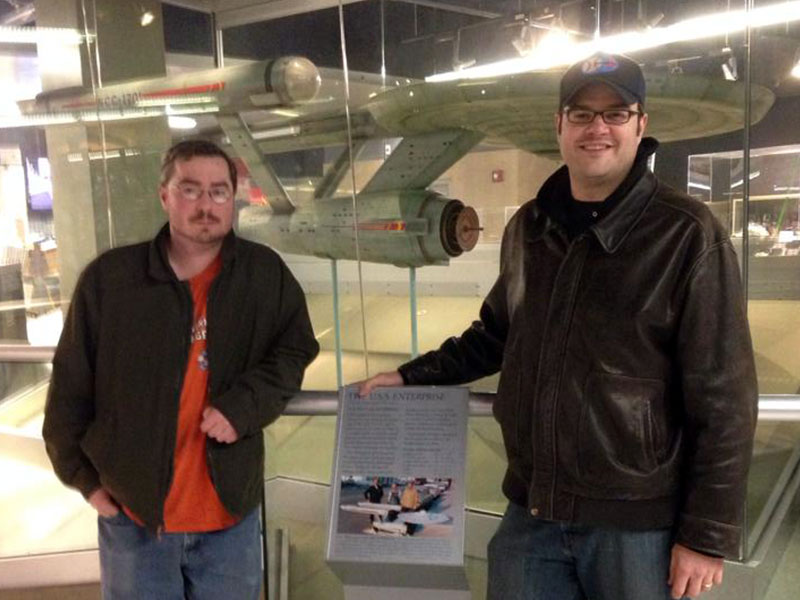 The 11-foot long, 200 pound model had been previously treated three other times (in 1974, 1984, and 1991) during its tenure with the Smithsonian. They kept her alive, but if she was going to survive another 50 years, the Enterprise needed some serious love and affection. Removing her from that lonely basement tomb should have been an utter relief to this Trekkie, and under the passionate care of museum curator Margaret Weitekamp, the transformation that the Enterprise underwent is as artful as the creation itself.

Two years after the removal, walking into the Air & Space Museum’s Boeing Milestones of Flight Hall on September 8th, 2016 was a birthday celebration I simply could not have prepared myself for. Resting under the Spirit of St. Louis and Chuck Yeager’s Bell X-1, and cattycorner from the Apollo Lunar Module, Matt Jefferies’ USS Enterprise rests in perpetual warp behind a bright glass cabinet. She’s a knockout beauty, totally rejuvenated to those blue screen yesterdays of “The Trouble With Tribbles.” 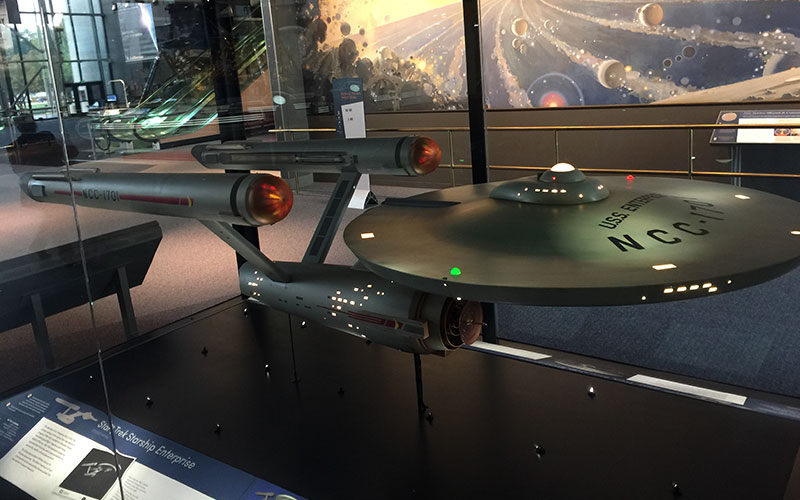 For three days, the Air & Space Museum threw a colossal 50th Anniversary Bash. Fans from all over the country gathered around the model, and shared their love for Roddenberry’s creation. I tried to speak to all of them, basking in the hope and optimism found around that glass. Jamal & Tisha traveled up from Sarasota, Florida to see the entire Milestones of Flight collection. “I’m a big time Trekkie,” Jamal said, “but it’s kinda off-putting because it is here with real science…but at the same time it’s encouraging because what does that mean? Does that mean these are technologies that we’re on the brink of…I think eventually we will be there.”

Margaret Weitekamp held court around the Enterprise for most of the week. The concern of whether the fictional ship belonged next to these historic objects was never a question for her, “What is a milestone? Not just faster, higher. Where is their impact?” Weitekamp postulates the juxtaposition between the reality and the dream. “It could be in politics and power…it could be in business…culture and economics… the idea that inspiration and imagination are an important part of all of these stories.” What came first, the chicken or the egg? Is the cell phone the reality of the communicator’s dream?

Bjo and John Trimble have seen that whole journey. The original super fans that ignited the letter campaign that propelled STAR TREK into its third season, allowing its mythology to spread through decades of syndication. Without the passion of The Trimbles none of us would be writing or reading about STAR TREK today. We are here because they were there. John hand cranked mimeograph pleas of rescue from the family garage, and Bjo mailed out signed letters from our favorite starship, “Dear Sally, stay in school. Yours truly, the USS Enterprise.”

In an era before email, online chat rooms, or – gasp! – twitter. Bjo proudly stated, “This was all done by mail – STAMPS!” This letter writing movement is still probably the greatest operation of love that fandom has ever produced, and while reflecting on the staying power of this supposedly doomed television show, John told me during a coffee break, “It’s a positive thing. Gene’s view of things was that the human spirit will prevail. The best of the follow on stuff that has been done keeps that alive.”

But does that optimism remain so long after the birth, death, and rebirth of the franchise? While draped in command gold, fellow Trekkie and son of a Holocaust survivor, John Marston stared into the Enterprise display case and sighed, “I feel like 50 years on we’re not as evolved as we thought we might be. There’s a part of me that fears that the STAR TREK future will not happen because of the climate change…so much of the things that we looked at in STAR TREK, that seemed futuristic – even like diversity and stuff like that – unfortunately, they still seem futuristic.” We have hope, and we’ve seen progress, but there is so much still left to do before we reach the 23rd Century. 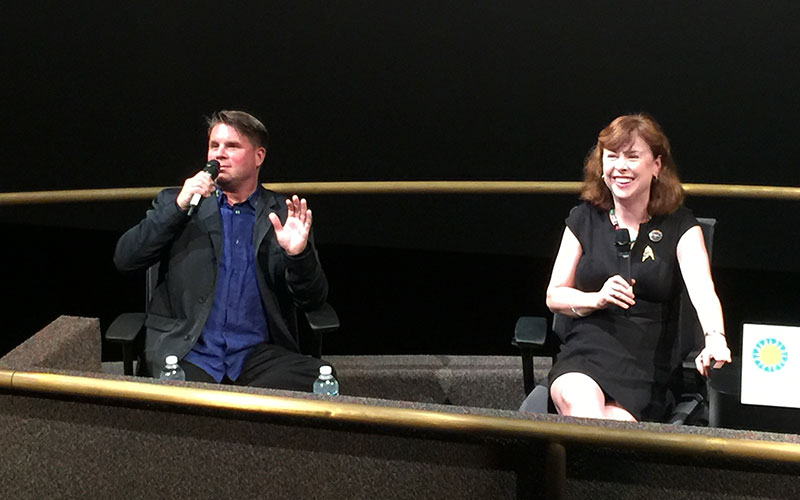 During his final toast of the celebration, Rod Roddenberry (son of Gene) asked us to put our fears aside, “If we can just learn to accept everyone around us, and love unconditionally, and rein in the difference, I think we’ll grow as a species.” Infinite diversity in infinite combinations; the philosophy STAR TREK fans have embraced, and need to propagate out into their relationships beyond the television screen. Unlike a lot of silly pretend, certainly most stories beamed into boob tubes, STAR TREK offers a real message of hope for our species. We will not grind ourselves into SOYLENT GREEN, or meet our end as a blood bag on the FURY ROAD. We will accept each other, we will leave this rock, and we will explore what’s beyond our own front door. We have 200 years to get there, but look at that taken-for-granted smart phone in your pocket. We are way ahead of schedule. 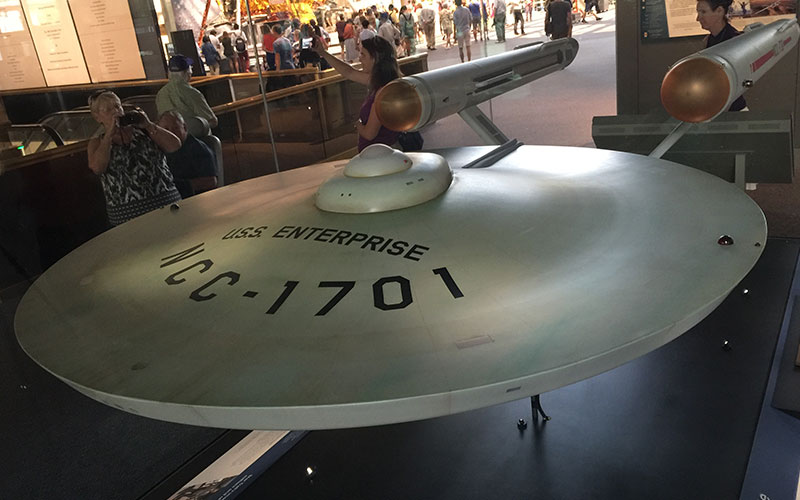 So, does this imaginary hunk of poplar wood and vacu-formed plastic belong in the same building as the 1903 Wright Brothers Flyer? Yes. Sam Witwer, the actor behind the voice of DARTH MAUL in STAR WARS: REBELS traveled across the country to see the ship. Elevated on a stage, he spoke above the crowd, and directly to the object of our affection, “The Enterprise calls to us very specifically, because we all face challenges in a very, very cynical world. Things we would like to overcome, problems that we have in our lives, dreams that we have yet to achieve. There are all these rules and regulations that say you can’t do that, or if I try to do this, it’s going to fail, or if I try to overcome this problem I developed, well it’s just insurmountable. The Enterprise is the living embodiment of the philosophy of breaking and bending the rules that confine us from achieving the heights of our dreams. I’m here because I wanted to pay homage to the lady that has told us all over the years to go boldly, and fix this world.”

As you stand in the Boeing Milestones of Flight Hall at the Air & Space Museum in Washington DC, look upon The Spirit of St. Louis, the Bell X-1, the Mercury Friendship 7, the Apollo Lunar Module, SpaceShipOne, and the USS Enterprise. These are some of our greatest technological achievements, and we will continue to build upon their success. I made my pilgrimage, and I will continue to make that pilgrimage because I need to see the feats of humankind, and I need to dream that future Roddenberry promised. We will get there because we are already on our way. 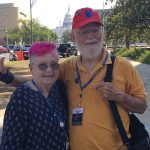 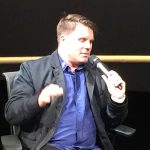 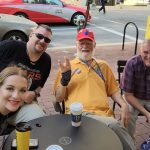 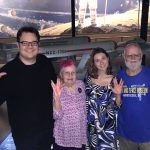 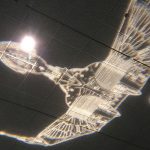 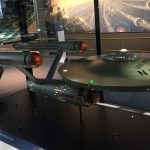 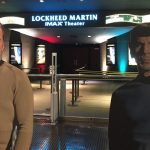 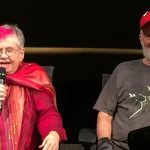 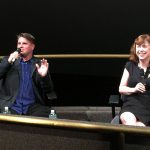 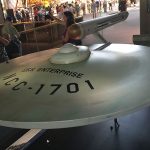 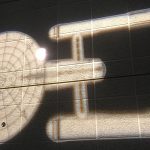 In this article:Conventions and Events, Star Trek: The Original Series