This past weekend, the British Film Institute (BFI) celebrated Star Trek’s golden anniversary with an event honoring the impact the franchise has had on not just entertainment but on society at large. TrekNews.net was invited to take part in the festivities and, most memorable of all, to spend time with the event’s guest of honor and Trek royalty: Nichelle Nichols.

Things got started on Friday morning with a bang: our meet and greet with Nichelle. I’d seen and (briefly) met Nichelle at various conventions over the years – the last time was at Destination Star Trek London in 2012 and the first time was (I think) when I was about 10 years old. However, this was a totally different experience.

Shortly after arriving at the BFI, I found myself ushered into a green room and sitting directly across from Nichelle. It’s always a little odd when one finds themselves in these types of situations. You play it calm and cool, after all Nichelle is just another human being. She just happens to be a human being who was in Star Trek II: The Wrath of Khan. 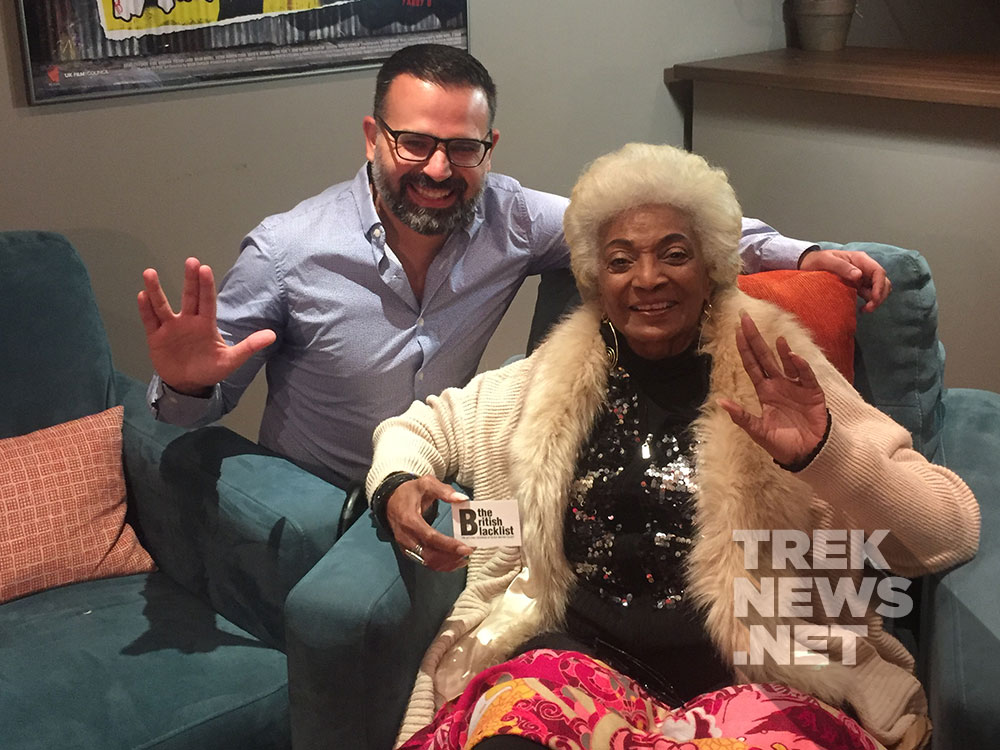 For about 25 minutes, just me and one other blogger chatted (mostly informally) with Nichelle about her life, her experiences, her learnings, and of course Star Trek. I was immediately taken aback at how warm, welcoming, and funny she was; she has a wonderfully infectious laugh. It was a great privilege hearing her reflect on what Star Trek meant to her and how, “everything had changed and nothing has changed” since Star Trek premiered 50 years ago. While we’ve made progress on a variety of different fronts, she reflected, “we keep making the same mistakes over and over again.” In speaking with her, I got a real sense of how conscious and blessed she feels for being a part of something that means so much to so many. Several times she talked about the fans, how much she enjoyed being around them, and also how much she’s learned from them over the years. When I asked her to talk about the future of Star Trek, the next 50 years, she mentioned how she just wants people to continue “learning from it” and “to enjoy it because [Star Trek] is wonderful.”

The highlight takeaway from my time with her was hearing her personal account of what is now Trek lore: her meeting with Dr. Martin Luther King. While we all know the story – Nichelle was thinking about leaving the show and Dr. King told her she couldn’t because of what it meant to have a strong black woman on television at the height of the civil rights movement – it was nothing short of magical to have it told to you directly by her. Little did I know that this story and its effects would go on to serve as the theme for the rest of the BFI’s celebration.

These festivities continued on Saturday afternoon. Things kicked off with a showing, on the big-screen, of the remastered version of “Plato’s Step-Children.” I had never watched an episode of Star Trek on the big screen before. It was truly amazing seeing the original Enterprise (“N-C-C-1-7-0-1. No bloody A – B – C – or D!”) in all its glory on one of the BFI’s biggest screens.

While “Plato’s Step-Children” may not be considered Trek’s greatest hour (elements of it are pretty silly) the episode does effectively promote classic Trek’s greatest theme: the acceptance and embracement of our differences. What makes “Plato’s Step-Children” noteworthy, however, is that it featured the first interracial kiss on US television. It is against the backdrop of this famous embrace that Nichelle, and a distinguished group of panelist, took to the BFI stage.

Joining Nichelle on the panel were moderator and BBC reporter Samira Ahmed, Dr. Kevin Fong, a medical doctor who frequently works with NASA, Dr. Maggie Aderin-Pocock, a scientist and commentator referred to as the BBC’s “face of space,” and Thomasina Gibson, an author and producer/director with a long list of sci-fi credits. While each of our panelists brought a different experience and angle to the discussion, they all shared a clear love for Star Trek and were all heavily influenced by the franchise, and Nichelle particularly, as children.

It’s notable that this Star Trek event took place in the midst of a season of programming at the BFI called, ‘Black Star.’ ‘Black Star’ is the UK’s biggest celebration of black screen actors. Because of this, and the fact that our panel – like the crew of the Enterprise herself – came from a range of backgrounds and ethnicities, much of the discussion revolved around representations of race in Star Trek. Nichelle noted that “Gene Roddenberry wrote what he believed,” infinite diversity in infinite combinations and that is a key element of the show’s success and legacy. Each one of the panelists talked about how the show was partly responsible for them pursuing their respective careers and for letting them believe that they could boldly go. Nichelle, like Dr. King noted, “knew that the scripts were more than just the scripts and that the show was more than just the show.” 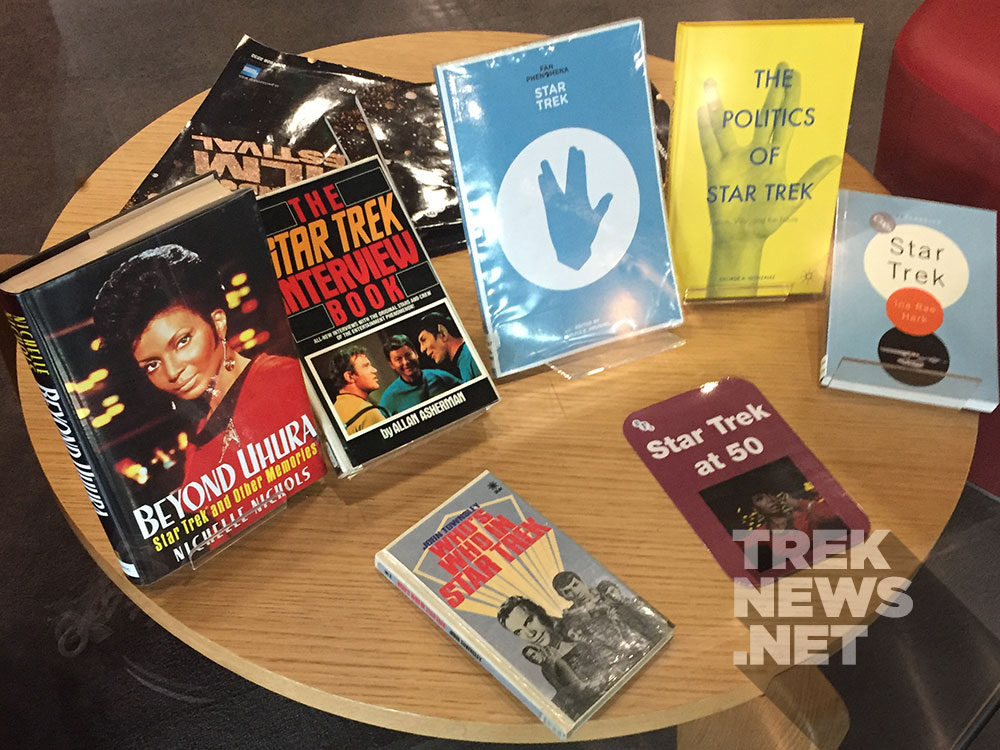 The BFI’s celebration made it crystal clear that Star Trek is as relevant, and as needed, today as it was in the 1960’s. A big thank you to the folks at the BFI, at CBS Action, to the wonderful panelists, to Samera Ahmed (who was a fabulous and incredibly knowledgeable moderator), and of course to Nichelle herself. You all made me very proud to be a fan of this amazing 50 year adventure, here’s to the next half-century. #LLAP

When not drinking coffee or watching Star Trek (or other sci-fi), Carlos spends his time running around London working on several projects. He has incredibly rambunctious boy-girl twins (his wife foolishly did not let him name them Luke and Leia).