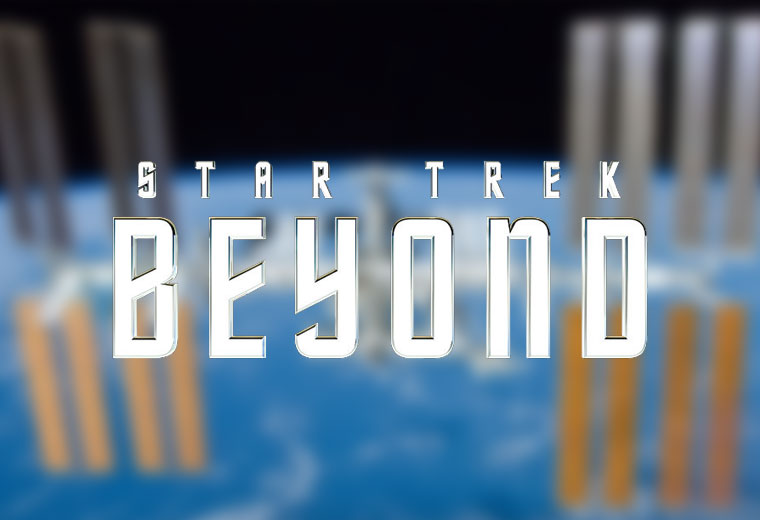 Star Trek Beyond is not only beaming into your living room when it releases today on digital platforms, but it has also gone somewhere Star Trek has only gone before on the screen: space itself.

The well-reviewed summer blockbuster has been sent to the International Space Station (ISS), the multinational home of intrepid astronauts who focus on cutting-edge research in a variety of fields. The station has remained in low-Earth orbit since 1998, and regularly conducts experiments that help our understanding of life in space, and the possibilities for future space exploration.

Below is the press release from Paramount.

“This summer’s blockbuster hit STAR TREK BEYOND has been beamed up to the team of astronauts aboard the International Space Station (ISS) to make its extraterrestrial debut.

The International Space Station serves as the world’s leading laboratory for conducting cutting-edge microgravity research, and is the primary platform for technology development and testing in space to enable human and robotic exploration of destinations beyond low-Earth orbit, including asteroids and Mars.  The STAR TREK franchise is widely credited for inspiring a number of the technologies we enjoy today and for depicting a future in which international—and interspecies—cooperation advances human knowledge beyond the bounds of Earth.  A living embodiment of STAR TREK creator Gene Roddenberry’s vision, the multinational inhabitants of the ISS will now have the opportunity to enjoy the very latest STAR TREK adventure as they continue to boldly go where no one has gone before.

From producer J.J. Abrams and director Justin Lin, the newest installment in the iconic STAR TREK franchise was one of the best-reviewed action movies of the year.  Featuring an all-star cast including Chris Pine, Zachary Quinto and franchise newcomer Idris Elba, STAR TREK BEYOND follows the intrepid crew of the Enterprise as they explore the furthest reaches of uncharted space and encounter a mysterious new enemy who puts them and everything the Federation stands for to the test.”

Star Trek Beyond is now available on Digital HD, and will hit home media on November 1.