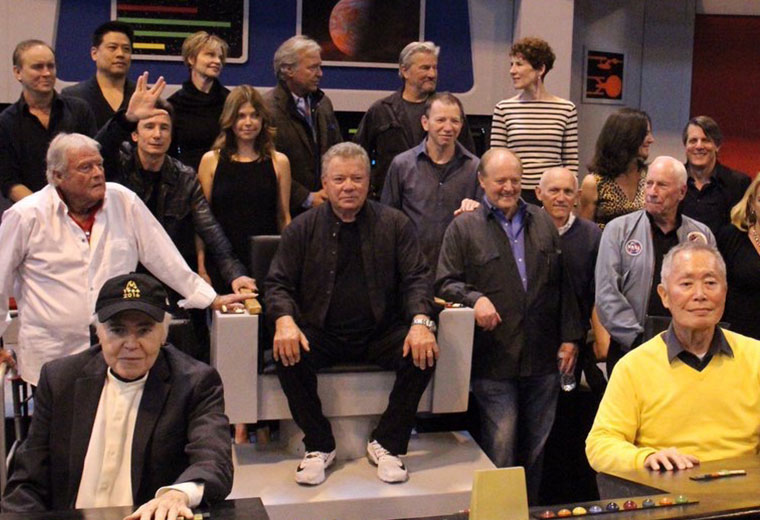 Original Series actors William Shatner, Walter Koenig and George Takei put their differences aside to take part in an incredible moment that brought together more than twenty Star Trek actors and celebrities in a single photo.

Shatner, Takei and Koenig Back Together Again! 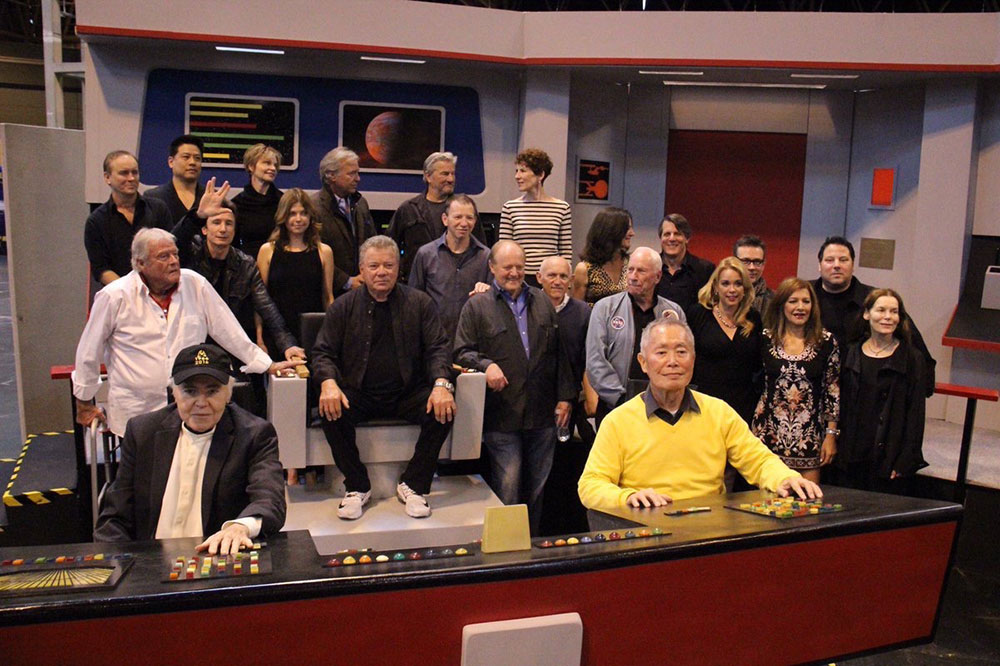 Special thanks to Bill Burke, who originally shared the photo. 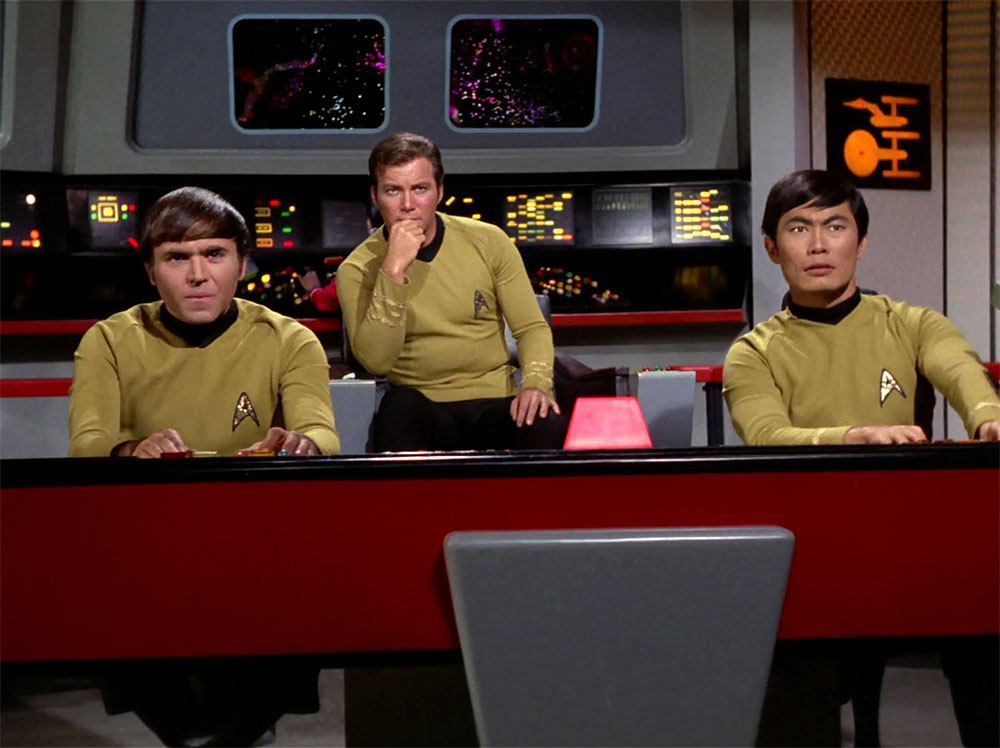 Walter Koenig, William Shatner and George Takei on the bridge of the Enterprise in The Original Series (photo: CBS Home Entertainment) 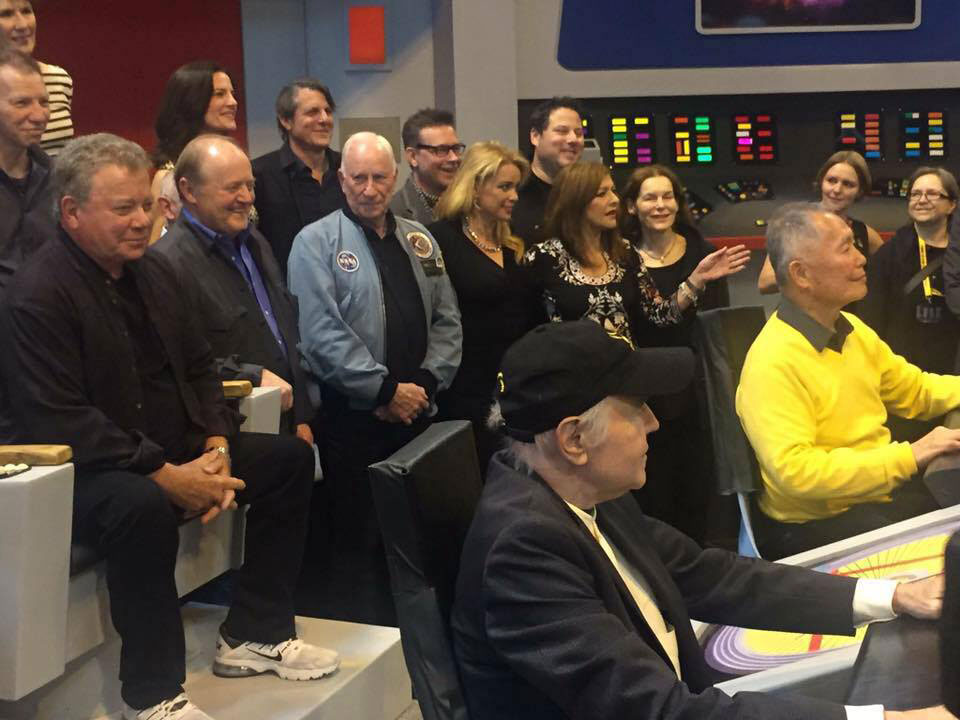 Stay tuned to @TrekNewsNet on Twitter all weekend long for all the latest news, information and exclusive photos from the Destination Star Trek show floor.