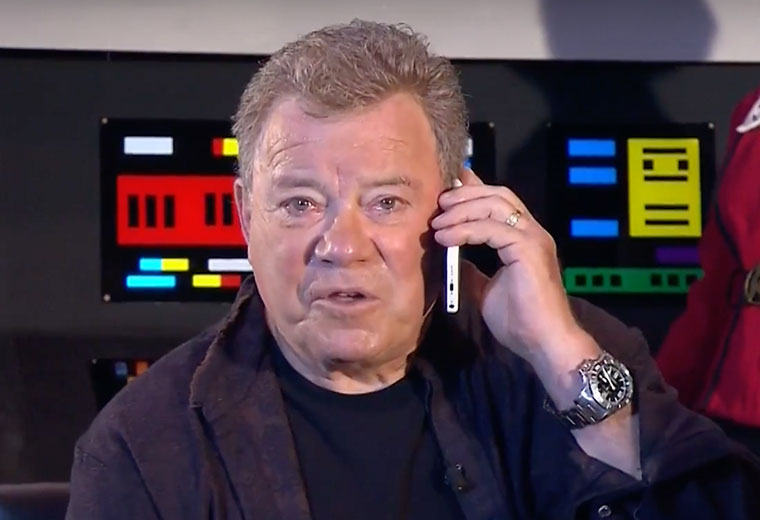 While promoting the Destination Star Trek Europe convention in Birmingham, UK on Friday, William Shatner was (awkwardly) interviewed by the hosts of Good Morning Britain.

“Are we on the air?” Shatner asked jokingly, while holding a mobile phone as he sat in the captain’s chair on a recreation of the Enterprise bridge. “This primitive place! I’m among savages. Where am I?”

The interview began with GMB host Ben Shepard asking Shatner what his favorite Star Trek episode — a previously submitted question. No, I’ve never been asked that before!” Shatner exclaimed. “That was a very unusual question. Did you do research?” asked the 85-year-old actor. With the hosts insisting that the question was being asked via Twitter, Shatner invited the questioner to come to the convention and ask in person.

The interview devolved from there, with Shatner eventually deciding to end the interview early, saying “I’m getting out of this. What kind of interview is this? Lovely to chat to you… if that’s what it was.”

Check it out for yourself below.