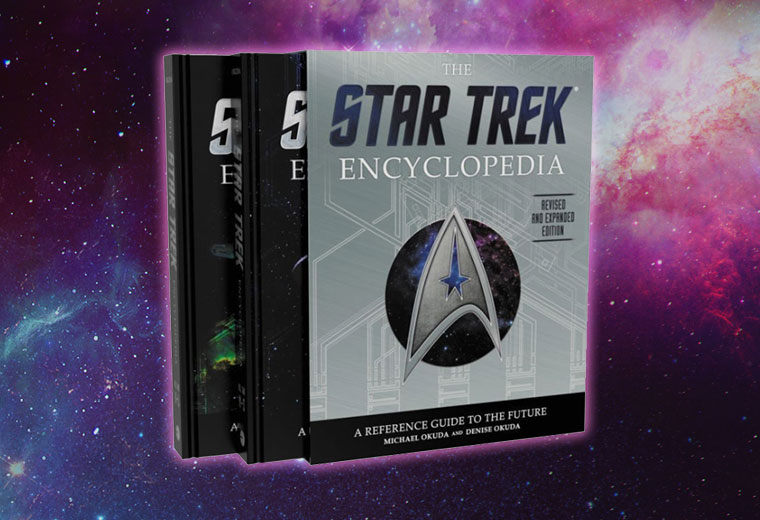 In the Voyager episode “Rise,” Neelix mentions going hunting with his sister, Alixia, in search of arctic spiders on the planet Rinax. In the northern hemisphere on the planet Ktaria VII, there is a geological feature known as the Arpasian range. In the Deep Space Nine episode “One Little Ship,” a character mentions a data processing component known as an “asymmetric encryption circuit.” What does an arctic spider, the Arpasian range, and the asymmetric encryption circuit have in common? They all have entries in the new and improved Star Trek Encyclopedia, the single most impressive and thorough source of information about anything related to the Star Trek universe.

The New And Improved Star Trek Encyclopedia: Celebrate The Lore Of Star Trek With This Fantastic Tribute

The first Star Trek Encyclopedia, released in 1997, was itself a goldmine of information, dedicated to only the most hardcore Star Trek fans. But that was nearly 20 years ago, and much has happened in the Star Trek universe since then. Five seasons of Voyager, four seasons of Enterprise, and four feature films are now included in this repository, making this the most comprehensive tome available to those who are deeply passionate about Star Trek lore. 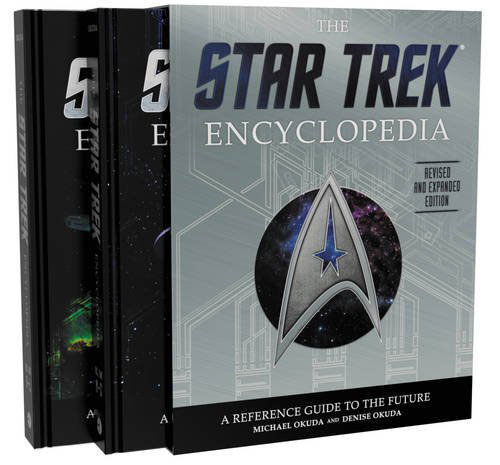 The work authors Denise and Michael Okuda, along with their team of editors, photographers, and writers, have accomplished is truly miraculous. Every episode, character, item, starship, planet, piece of technology, and species has its own entry. Compiling this universe of information is an unbelievable task, but the book reads as well as ever, and finding topics in a breeze. The top of each page contains the first and last entry listed on that particular page, so finding items alphabetically is not a problem. Taking its cue from the previous Star Trek Encyclopedia, the new version also contains colorful pictures of important characters, places, or things. So, one could find a headshot of the character Akuta (from the planet Gamma Tranguli VI in the Original Series episode “The Apple,” in case you’re interested) next to a cross-section of an Akira-class Starfleet vessel. This helps what could otherwise be a dull read become a more pleasant engrossment, and serves to illustrate the detail and complexity of the Star Trek universe.

It is clear that the Star Trek Encyclopedia speaks for itself as to what audience should be interested in the book. Simply, if you care about what the definition is of a “gravimetric torpedo,” as well as which episode it appeared in, then this book is for you. If you are the type of Star Trek fan that needs to know what a “gravitic caliper” is and who used it in the Voyager episode “Fair Trade,” then turn to page 314. More broadly though, if you need an excellent way to mark Star Trek’s 50th anniversary, and deeply care about the actual lore that makes the Star Trek universe so encompassing and believable, then put this book on your shelf. There’s no better tribute to the amazing work of those who are responsible for this timeless franchise.

Available on October 18, you can pre-order Star Trek Encyclopedia, Revised and Expanded Edition: A Reference Guide to the Future on Amazon.