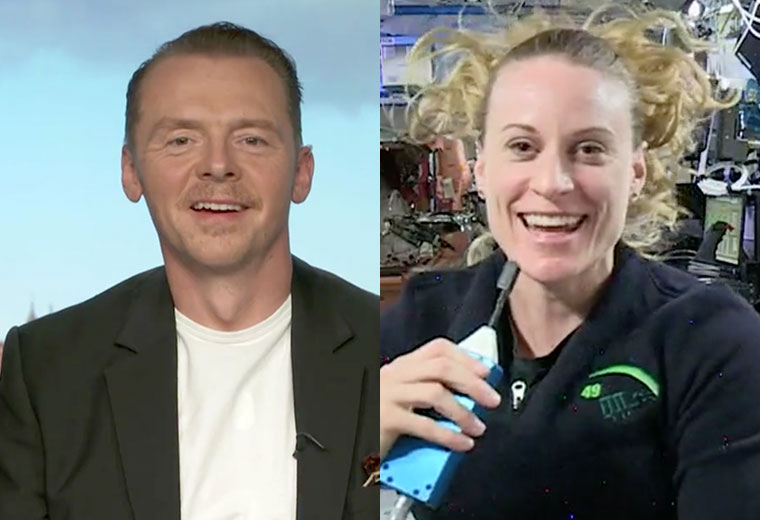 This past summer, millions of people came out to see Star Trek Beyond in theaters. Now, one person who wasn’t able to attend saw it in one of the best ways imaginable: from space

Beyond star and co-writer Simon Pegg spoke with U.S. astronaut Kate Rubins, currently aboard the International Space Station, in a video released by USA Today. The pair discussed the new Trek film, which Rubins had a chance to watch prior to their conversation.

“I watched it from our cupola, which is our windows facing the Earth,” Rubins told Pegg, who was awestruck by the revelation.

“That is incredible,” he said. “I can’t think of a more conducive environment to watch a science fiction film than from space. That’s utterly amazing.”

Rubins launched to the ISS on July 6 as part of the Expedition 48/49 crew. With Beyond coming out later that month, Rubins viewed it for the first time from orbit.

In the video, Rubins singled out Starbase Yorktown as a particular high-point, saying “it absolutely feels like a space station… I love the art and life imitating each other.”

While discussing the influence that Star Trek has had on actual scientific and technological advancement, Rubins, a microbiologist, said that she “really would like a tri-corder.”

Pegg signed off by offering his services as engineer to the space station crew.

“If you need a chief engineer to come and fix your warp core you know where I am.”

Rubins’ time on the ISS marks her first time in space and, in doing so, became the 60th woman in space. She is expected to return to Earth sometime next month.

In this article:Kelvin Timeline, Simon Pegg, Star Trek Beyond