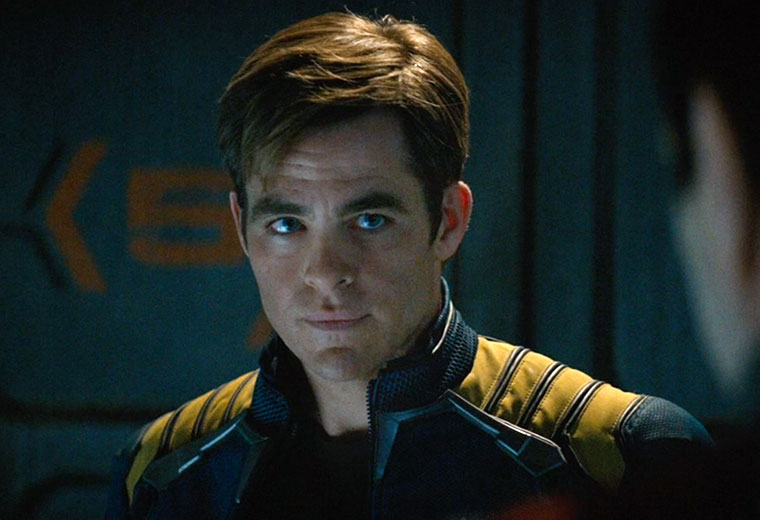 Star Trek Beyond is available today in multiple home video formats, including a Trilogy Collection, which includes all three “Kelvine Timeline” films, a standalone Blu-ray combo pack, a 3D Blu-ray, 4K Ultra-HD, DVD, plus Digital HD, through iTunes, Vudu and other content providers.

Four months after hitting theaters in the U.S. and receiving primarily positive reviews, Justin Lin’s Star Trek Beyond is now available on Blu-ray, DVD and in Digital HD format. Fans can physically buy or download their copies from multiple outlets. We’re here to answer the question: is Beyond worth the purchase?

One of the main allures of any home release are the special features included. We all know what we think of the movie, but how do the extras stack up? Luckily, this release contains many features that any fan would want to get their hands on, including deleted scenes, featurettes, and an audio commentary on the iTunes version. However, there are some notable limitations to the special features section. 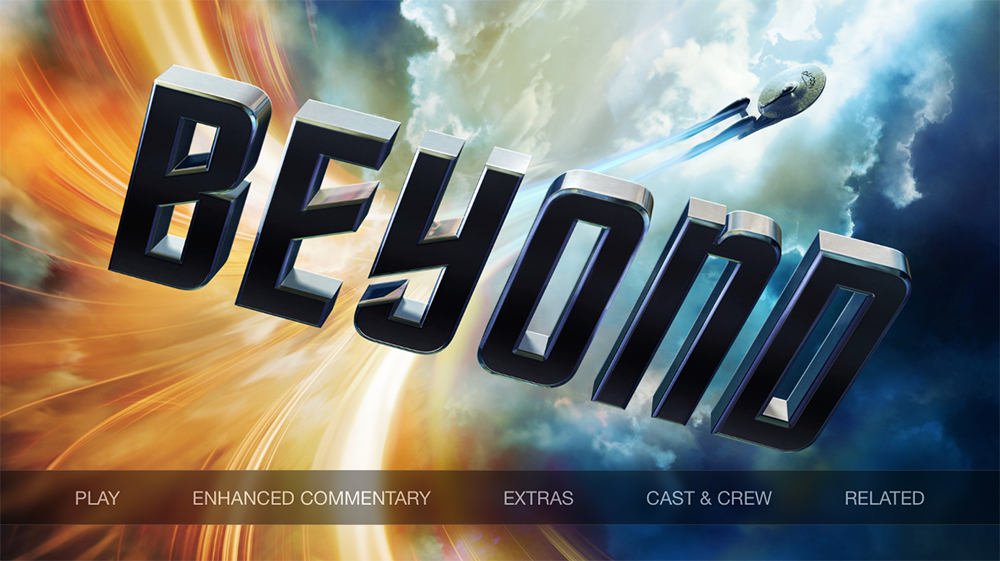 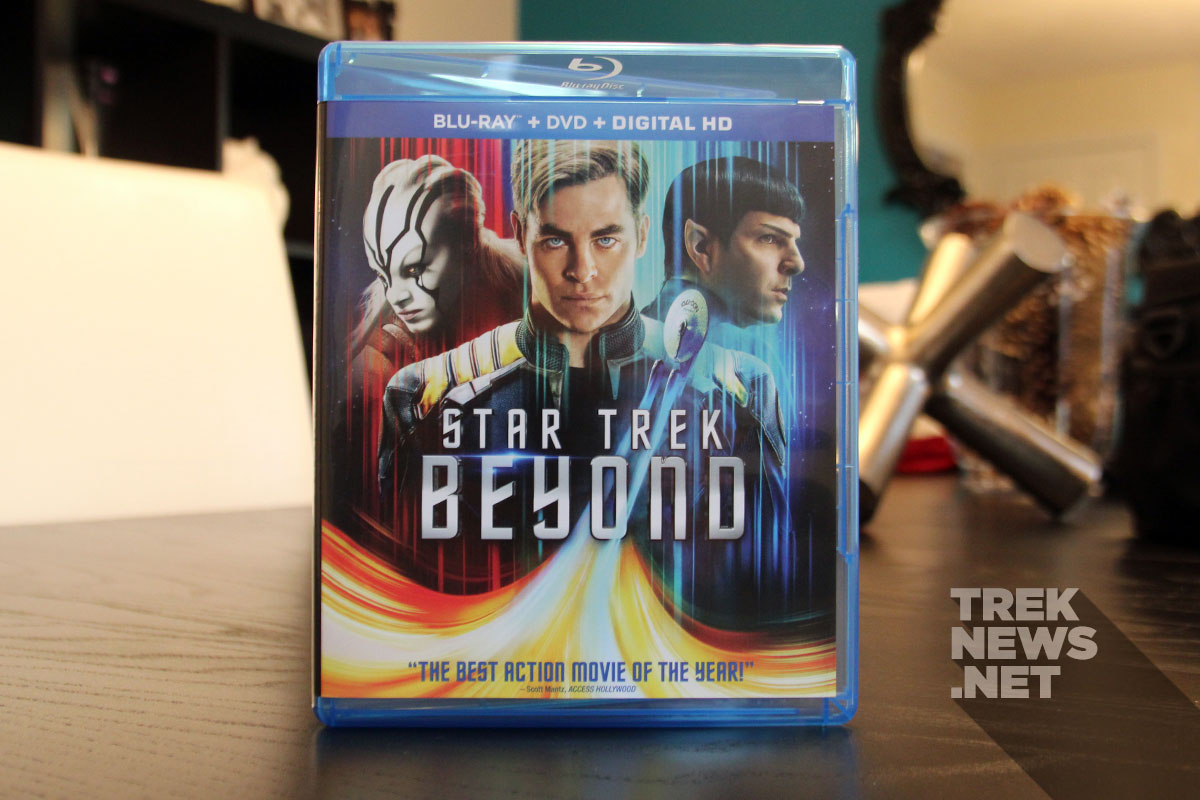 Let’s start with the deleted scenes. Somewhat disappointingly, there are only two scenes from the cutting floor that made it into this home release. Both add little to the movie, so their absence from the final cut is understandable. One shows a quick interaction between Kirk and Scotty after the Enterprise arrives at Yorktown, where it is revealed that Scotty is going to have a drink with a fellow crewmember. The other is an even shorter scene between Scotty and Jaylah, where the alien comments on the strangeness of the English language. These scenes total about a minute and a half of deleted material, which is simply too short to satisfy fans’ curiosity. Fans should keep this limitation in mind when purchasing Beyond.

The real substance of Beyond‘s release are the numerous videos that give the film’s production some context. For example, the 10-minute feature about the making of the movie is insightful, in that it touches upon Justin Lin directing, the inclusion of the Franklin, and the overall themes of the movie. The other videos vary in topic, such as the cast and crew discussing the destruction of the Enterprise, the film’s heartfelt dedication to Leonard Nimoy and Anton Yelchin, filming in Dubai, and other behind-the-scenes material. Generally, these videos present a fascinating insight into the film’s production; whether you want to see footage of actors on set, or hear the thoughts of production personal, this hour-long featurette collection will provide plenty of material to enjoy after watching the movie.

One of the most intriguing aspects of the home release is the “enhanced commentary,” narrated by director Justin Lin. Like any audio commentary, the viewer listens to the thoughts and perspectives of specific cast and crew while they watch the movie. Here, this is taken one step further, and audiences are treated to a more in-depth look into specific parts of the movie. For example, here is a screenshot of when Kirk is presenting the artifact to the Teenaxi Delegation in the movie’s beginning. The audience is able to watch the movie along with Justin Lin’s commentary, but also view a production scene:

Here is another one from when the Enterprise is boarded:

The enhanced commentary, only found on the iTunes version, is a great way to watch the movie, especially if you are interested in the motivations and reasoning behind Lin’s directorial choices. It would have been nice to hear from other cast and crew members, perhaps some of the main cast or executive producer J.J. Abrams, but that is the only flaw in an otherwise informative and interesting annotation.

Star Trek Beyond has warped its way to home media, and fans can pick up some decent extras along the way. It would have been nice to see more deleted scenes, as surely there were more than two short bits that didn’t make the final movie, and an expanded commentary with other perspectives besides Lin’s. This would have given fans a more textured behind-the-scenes look. As it is, there’s still plenty to love in Beyond’s home release, and is worth picking up if you enjoyed the movie in theaters.