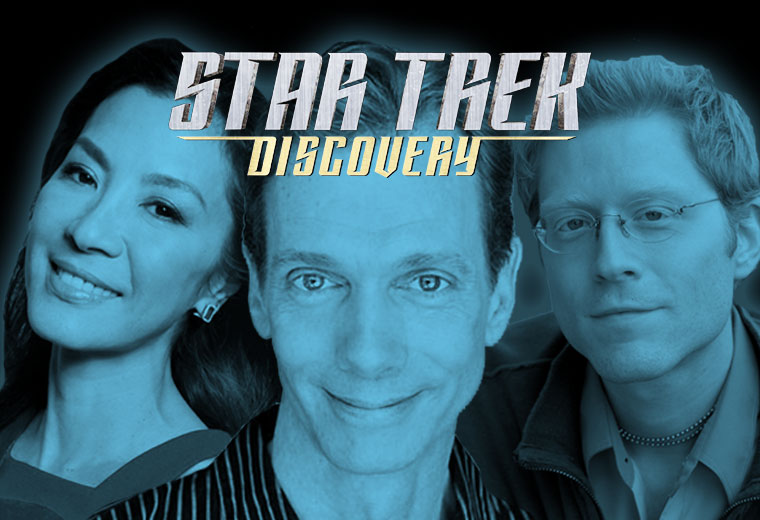 CBS made some major announcements on Tuesday, revealing that Doug Jones, Anthony Rapp and Michelle Yeoh have all been cast for the upcoming All Access series Star Trek: Discovery. All three have been officially confirmed by CBS.

Doug Jones will play the alien science officer, Lt. Saru. He is best known for his roles in Fantastic Four: Rise of the Silver Surfer, Buffy the Vampire Slayer, Hellboy, Legion, Pan’s Labyrinth and The Strain.

Michelle Yeoh, who we reported had been cast last week, will play Starfleet Captain Georgiou, in command of the starship Shenzhou. Yeoh is known for her work on Crouching Tiger, Hidden Dragon, Sunshine, Mechanic: Resurrection and the James Bond film Tomorrow Never Dies.

More casting news is expected in the coming days.

Anthony Rapp expressed his excitement about being part of the new series, tweeting “So proud to be a part of this journey. I’m a longtime fan and super geek of the highest order.” He later tweeted a photo of himself with every season of Star Trek on DVD, as he prepares for his role.

With the help of my friend Bill's collection of all things @startrek I am doing a deep dive into the lore in prep for @startrekcbs pic.twitter.com/yB99dScL5t