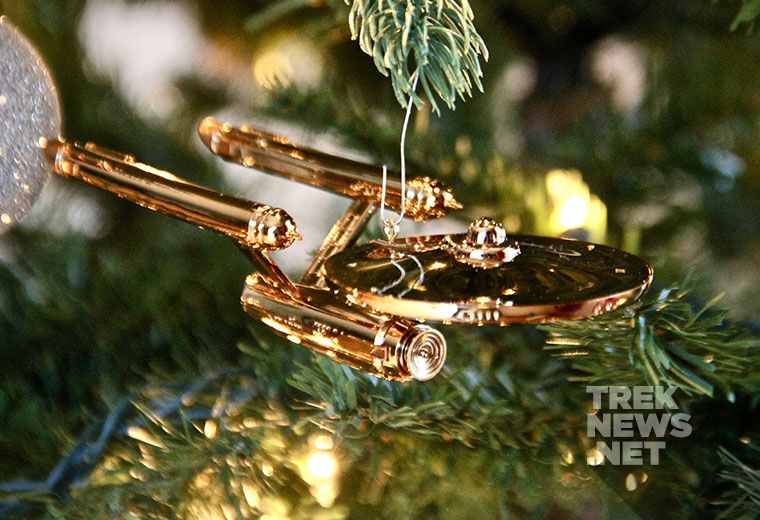 The “gold-hued” ornament was designed by artist Lynn Norton, and comes with Hallmark’s “Magic Sound,” which plays The Original Series‘ opening theme song (complete with Captain Kirk’s monologue), with the push of a button.

Priced at $32.95 in the U.S., the ornament is definitely high-quality and a solid value for the amount.

Unfortunately, the ornament is currently sold out on Hallmark’s website. So your best bet at this point is to check with local pr online retailers. 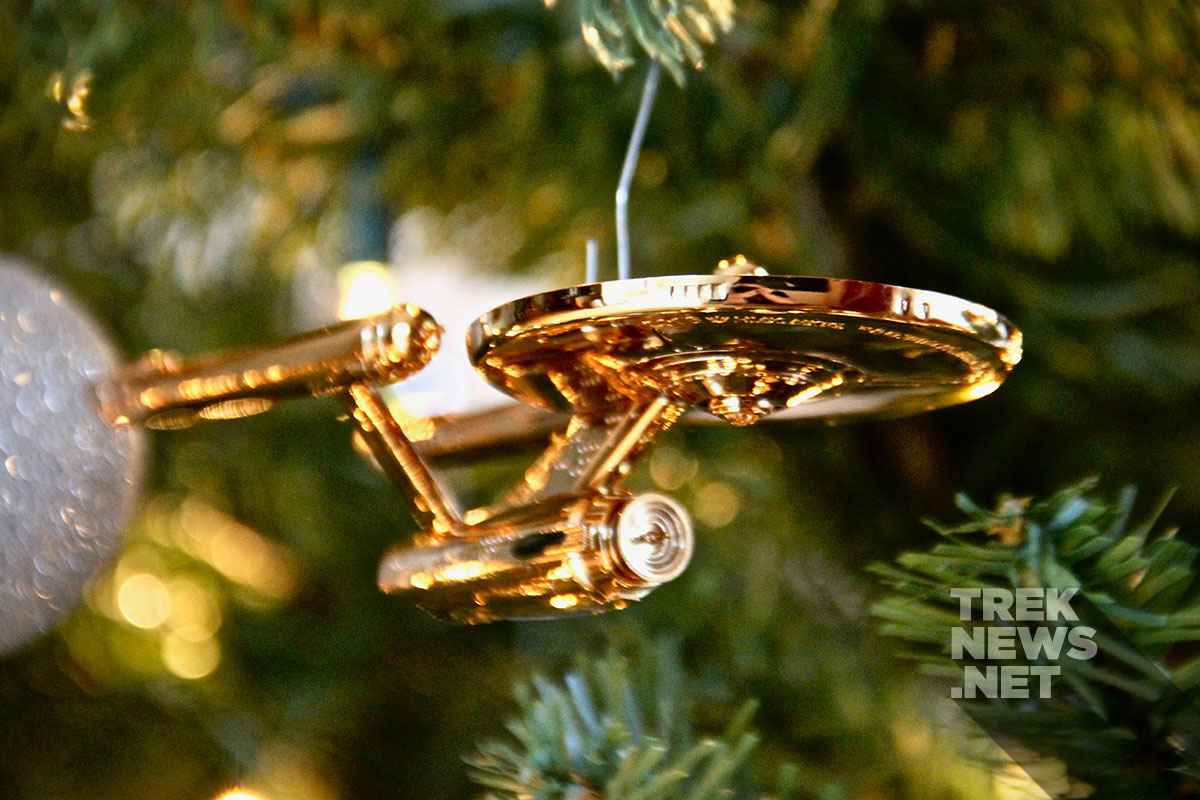 The very first Starfleet vessel to bear the name U.S.S. Enterprise is rendered here to celebrate the 50th anniversary of its iconic journey into the Final Frontier. Based on the series’ pilot episode, this gold-hued Enterprise ornament lets you hear Captain Kirk’s monologue and the iconic music from the opening credits of the Star Trek TV series! 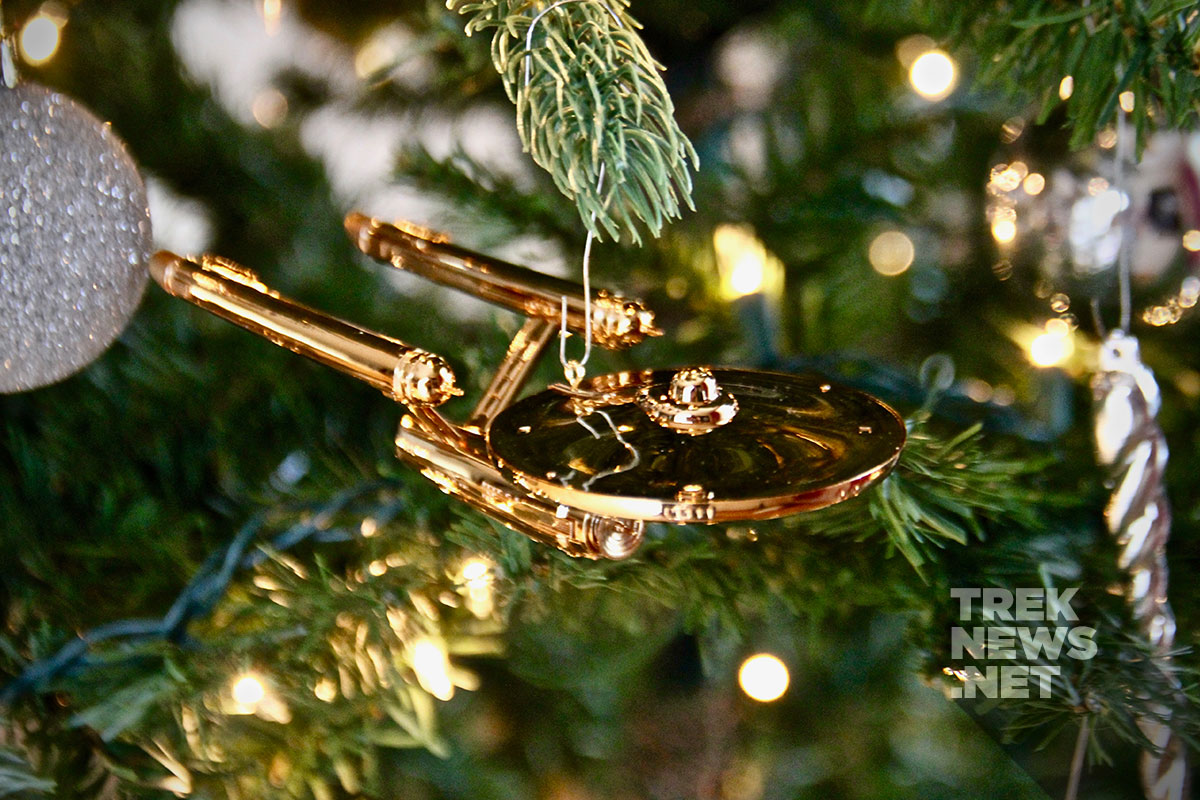 To power the Keepsake ornament’s “Magic Sound,” Hallmark includes two batteries. However, it oddly doesn’t come with its own hook. Luckily I had a few extras kicking around — and you probably do too.

Other 2016 releases from Hallmark include Kirk battling the M-113 Creature (salt vampire) from “The Man Trap,” Ensign Pavel Chekov from TOS, and a tabletop ornament that depicts Kirk, Spock and McCoy on the bridge of the Enterprise.

If you’ve got some money burning a hole in your pocket, a San Diego Comic-Con limited edition version of the 50th anniversary Enterprise is still available on this website for $160. The SDCC version is limited to 3,450 units.