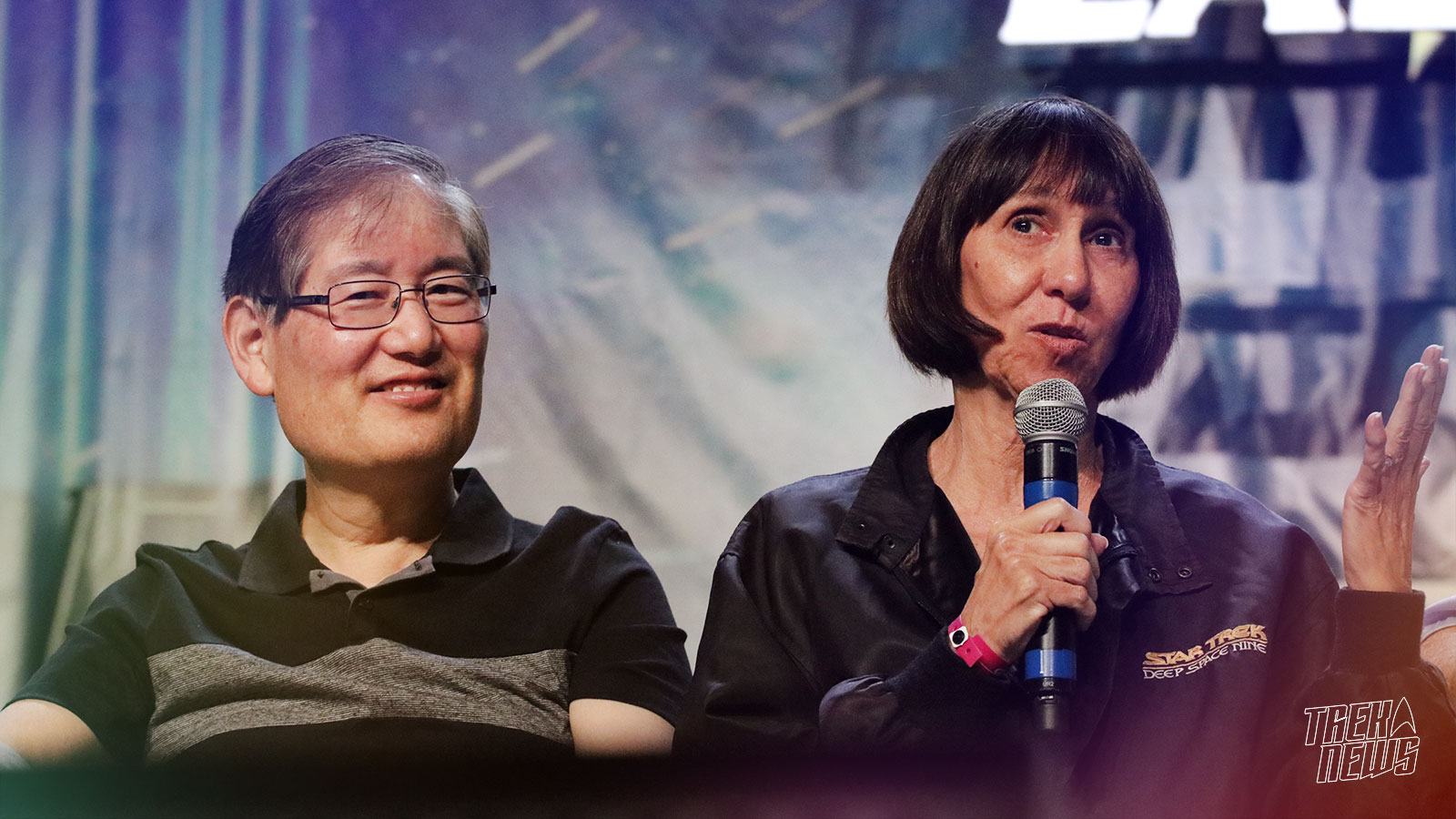 On December 13th, Star Trek fans will be in for a treat, half a century in the making. The Roddenberry Vault, a treasure trove of unused material from the entire run of the Original Series, will be released to the public. With the vault comes insights into alternate takes, omitted dialogue, deleted scenes, and other behind-the-scenes snippets that were very nearly swept away in the trash, if not for the foresight of Gene Roddenberry to save such important material.

Mike and Denise Okuda, known to Star Trek fans as the couple behind the computer graphic designs of every Star Trek series and movie since The Next Generation, are the leads on this massive restoration project. They recently sat down with TrekNews to grant insight into the making of The Roddenberry Vault, as well as their recently updated Star Trek Encyclopedia, and their thoughts on the future of Star Trek.

The restoration and release of the vault material has been a nine-year-long project for Denise and Mike. Appropriately, getting the long-lost material into the hands of the public is a big deal for them. 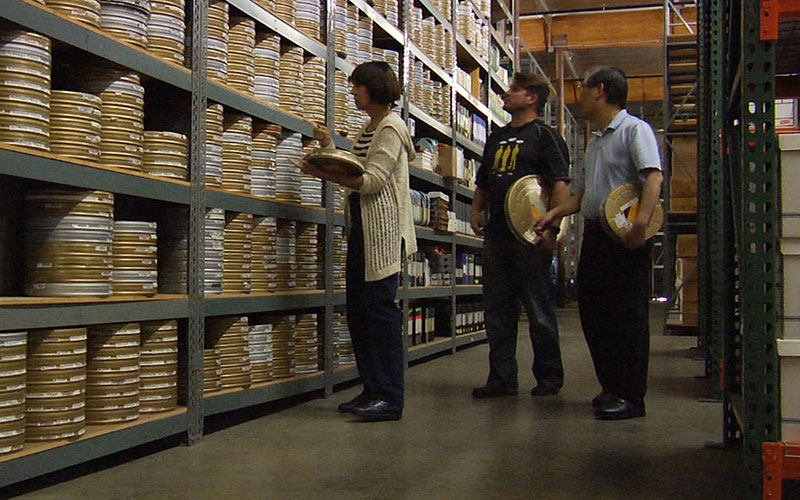 “We can’t tell you how excited we are,” said Denise. “Nine years ago, we signed a nondisclosure agreement, so we couldn’t tell anybody what we were working on, not even our parents. We are beyond excited for the world to see what we’ve been so excited about. When we first saw this footage, it was a dream come true. It was the Holy Grail. We were very honored to be chosen to go through all of that material.”

The vault includes snippets of footage, such as items as minor as an unused miniature shot of the Enterprise, or an alternate angle of a scene not included in the original episode release. One would think such material is only for die-had Star Trek fans, but the Okudas hope this material grants insight into the show that even moderate Star Trek fans can enjoy.  The main way the vault accomplishes this is through a three-part documentary that weaves together the lost footage with interviews from Star Trek actors, crew, and public figures who are fans of the show.

“There’s quite a few Star Trek alumni and folks in the public right now that are big Star Trek fans,” said Mike. “We talked with them, and they helped tell the story of the importance of the episodes. So they would tell us something, and we then used the footage to illustrate what they were talking about. So for example, you have William Shatner talking about his approach to acting in “City on the Edge of Forever,” and then we have unused footage from that episode where we can see his brain working through these things. We hope folks that may be familiar with Star Trek, but not as familiar as other fans, can get some context from the documentary.”

“To me, it is absolutely amazing that you can be a fly on the wall,” added Denise. “You’re behind the camera, you’re listening to the director, and you’re seeing the actors getting settled to do their work. Who in a million years would have thought that we would be able to see such things? It’s amazing.”

While fans will have plenty of material to study when the vault is released, it also begs the question of whether other vault-esque projects about TNG, Voyager, or Deep Space Nine are possible.

“Honestly, we don’t know,” said Mike. “The footage from those shows are all stored differently. So until someone actually asks that question, we don’t really have an answer.” 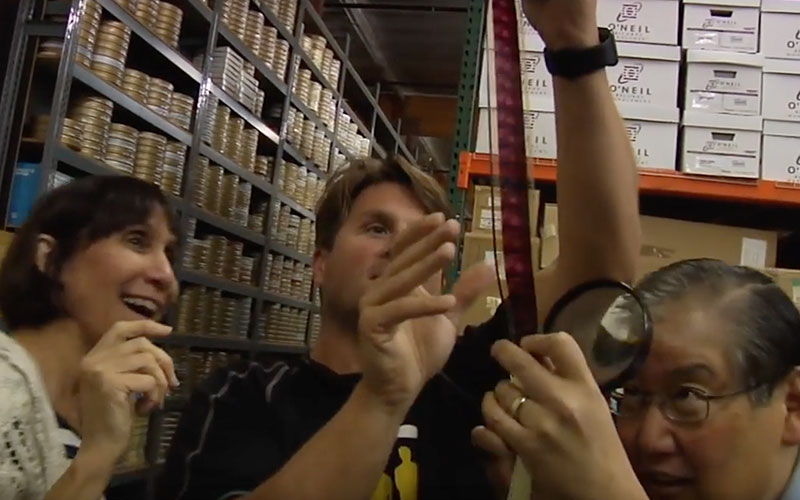 “This is a unique product, in the fact that this lost footage was saved from the cutting room floor and stored for decades,” added Denise. “The fact that we were able to catalogue and organize it and now share it with other Star Trek fans, and people that might be interested in the process of television-making 50 years ago, makes it a different animal.”

The Okudas were also heavily involved in the high-definition remastering of both the Original Series and The Next Generation. Both noted that if the decision was made to go ahead with other remasters of Star Trek series, “we’ll be front and center ready to help.” However, no such plans are in the works at this time.

The Roddenberry Vault isn’t the only project the Okudas have released this year. They recently updated the Star Trek Encyclopedia to include information from all of Star Trek: Enterprise, five seasons of Voyager, and the four most recent feature films.

“We treated the Star Trek Encyclopedia as a research project, just like you would do in college,” explained Denise. “It took two years, we worked on it very hard, we are very proud, and we’re very happy it is out in the world and that others can enjoy it, too.”

The Okudas also touched upon their thoughts of the direction of Star Trek, considering both the incoming Discovery and the recent feature films.

“Star Trek is a product of its time,” said Mike. “In order for it to continue to remain relevant to viewers, it has to grow, it has to evolve. And if you look at the Original Series, The Next Generation, or Deep Space Nine, it’s continually evolved, and I think that’s what’s happening now, and I think that’s an extremely good thing.”

Denise also added that if the opportunity to work on Discovery popped up, they would “love to do it.” 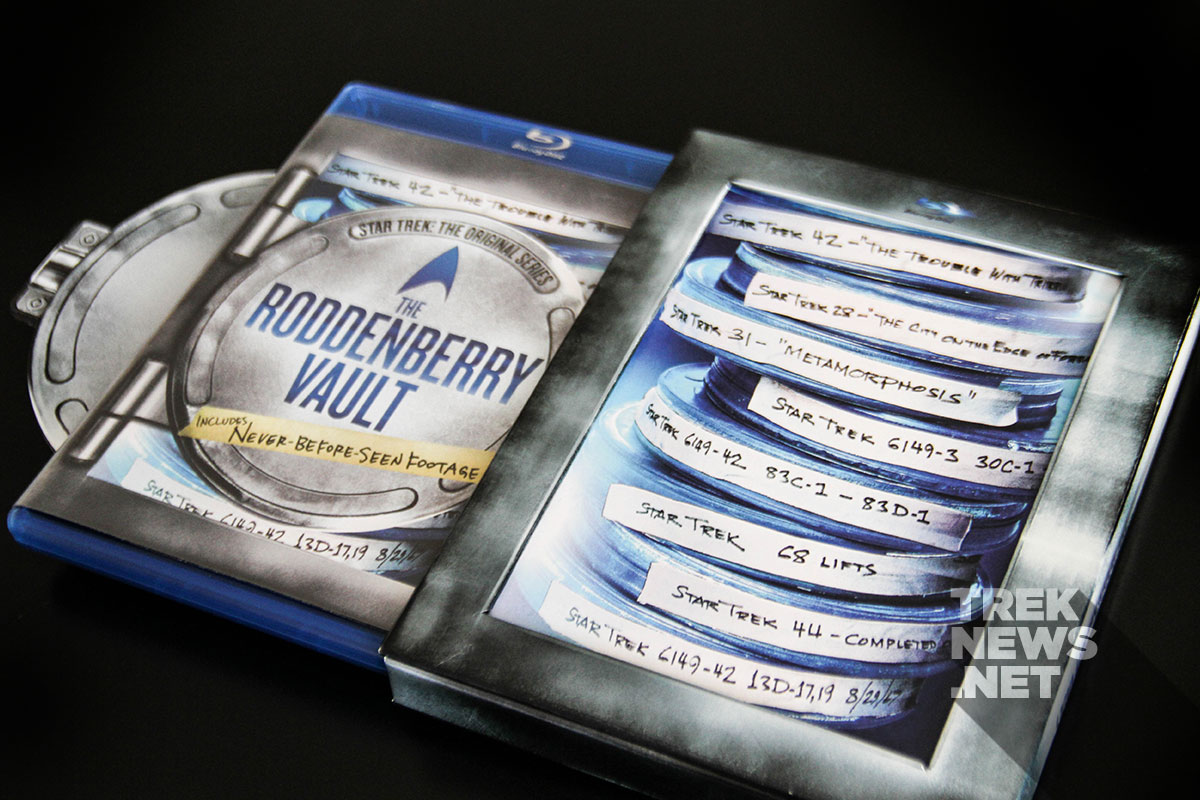 For now, though, the thought of having new material from Star Trek gives the Okudas a great sense of pride, and they hope that fans can come to appreciate the making of the legendary show even more.

“One thing we’ve heard from a lot of people who are familiar with the project, is that it is like seeing a new piece of Star Trek,” said Mike. “It is like watching Star Trek all over again. If you get that sense of it, I think we have succeeded. You are seeing pieces of Star Trek that no one has ever seen, and those little snippets are, to those of us that love the show, they are just exciting beyond words.”

Read our review of The Roddenberry Vault.

The Roddenberry Vault and the updated Star Trek Encylopedia are now available on Amazon.