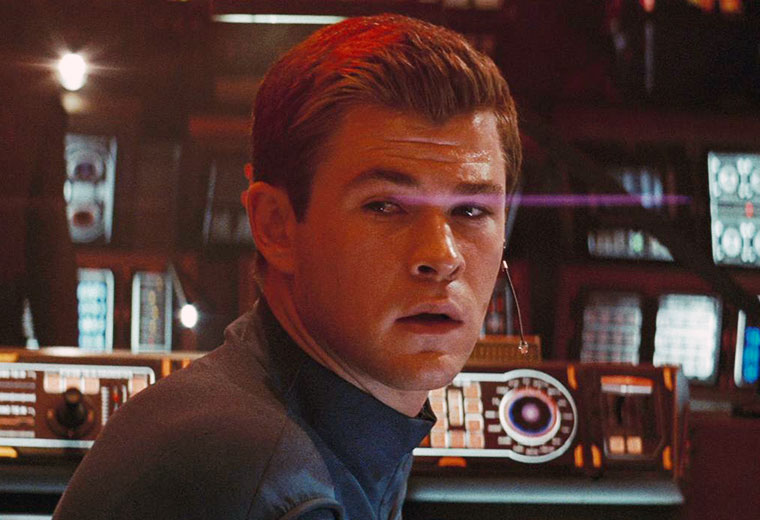 It’s becoming more and more likely that we’ll see Chris Hemsworth return to the role of George Kirk in the fourth Star Trek Kelvin Timeline film. According to Hemsworth himself, he’s already discussed the project with producer J.J. Abrams.

Hemsworth, who only appeared on screen for a short time as James T. Kirk’s father (before meeting his demise) in Star Trek (2009), recently told MTV about a conversation he had with Abrams and his idea to bringing the character back in the next feature film.

“I’ve spoken to J.J. Abrams, and he has an amazing pitch on the whole thing.”

Hemsworth originally played the character prior to becoming a major Hollywood star with his role in Marvel’s Thor two years later. So we think it’s safe to speculate that his screen time would be expanded and could potentially include some interaction with Chris Pine, who plays his son James T. Kirk.

In the next installment of the epic space adventure, Chris Pine’s Captain Kirk will cross paths with a man he never had a chance to meet, but whose legacy has haunted him since the day he was born: his father.

Will time travel be be involved in the story? “I honestly don’t know,” Hemsworth said.

Stay tuned to TrekNews.net for all the news related to the next Star Trek film.