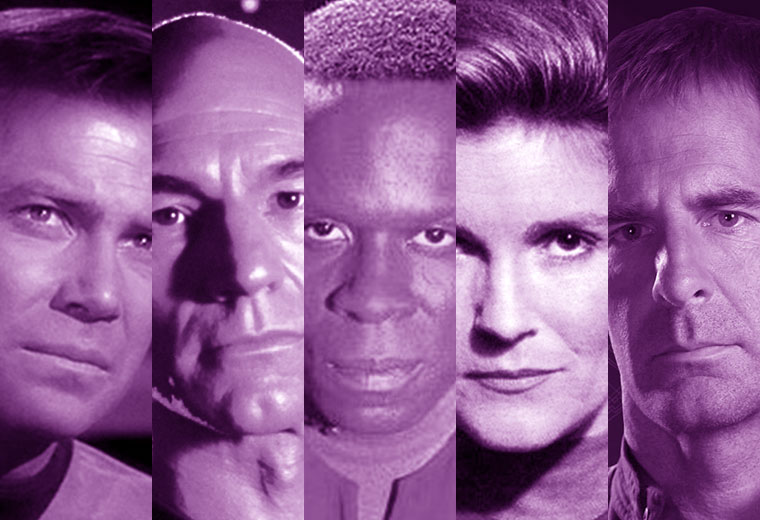 A few weeks ago, I finished watching all of the Star Trek series and movies. (Finally, after about 4 years!) Now that I’m done, I find myself wondering a lot how I would rank the series or captains from best to worst, favorite to least favorite.

When it comes to captains, there is a distinction between my favorites and the ones I’d most like to serve under as a regular crewmember. Picard, Sisko and Janeway are pretty well tied for my favorite based on personality and style, with Picard just barely edging ahead of the other two. I like Kirk and Archer just fine.

The captain I would most like to serve under is a completely different story, though. Some of our esteemed captains tend to get more crew members killed than the others do.

Some parameters are required for this list. I’m basing this solely on how recklessly or well they treat members of their crew, not other deaths they may end up causing through intervention or non-intervention in the affairs of other ships or peoples. I’m going to stick with the 5 live-action television series and leave the movies out.

Here is my ranked listing of which captains I would prefer to serve with. 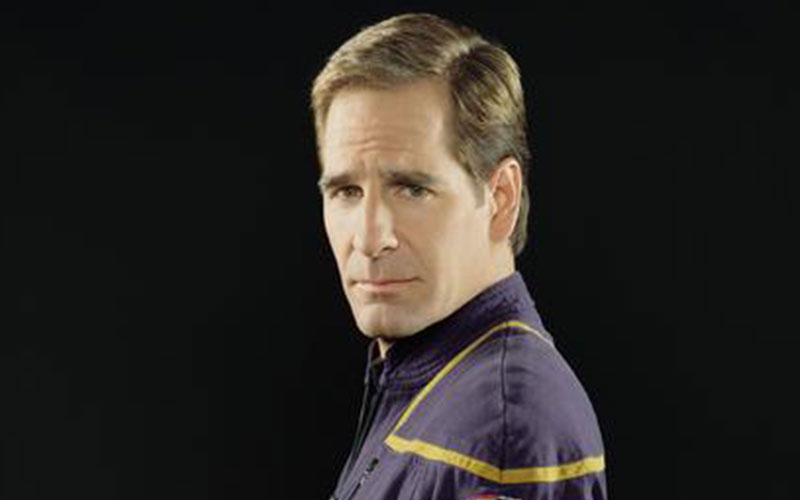 Archer seems like a nice guy. I would love to get a beer or talk about water polo with him. He has an adorable dog. I don’t want go anywhere near his ship, though. I spent of lot of my Enterprise watch yelling at the TV when he made terrible decisions.

I do acknowledge that since he is first human captain to encounter many of the planets and races in the quadrant he’s kind of making it up as he goes along, but he frequently ignores the advice of his resident Vulcan, T’Pol. Why have her there if you’re not going to listen to her? The Xindi attack wasn’t his fault, but he could have dealt with it better. He seems to get a lot of crewmembers and MACOs killed. 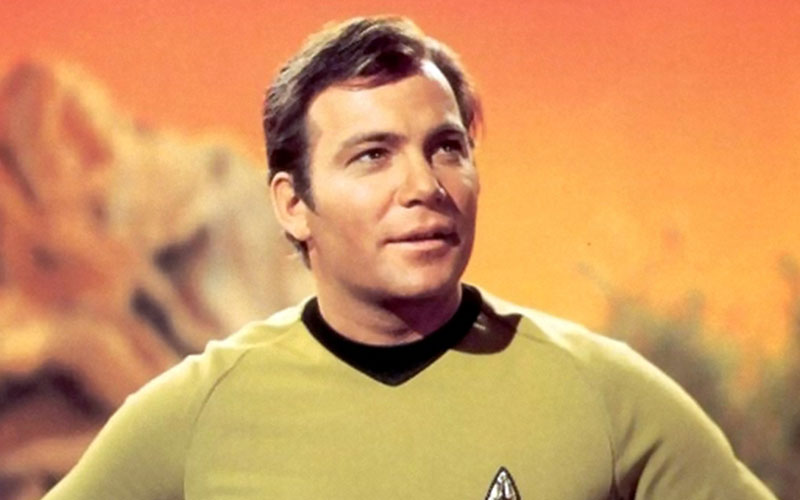 Captain Kirk isn’t nearly as bad as I was expecting him to be based on the pop culture caricature of him as an incorrigible ladies man who can’t keep his shirt on. (Yeah, I watched Galaxy Quest before I watched Star Trek.) The fact is, though, that he gets a larger percentage of his crew killed than most of the other captains. His ship is the genesis of the term “red shirt,” after all. “And the Children Shall Lead” stood out in my mind. Two crewmembers are accidentally beamed into space and killed. Kirk barely reacts. Redshirts dying is just part of the daily routine on NCC-1701. 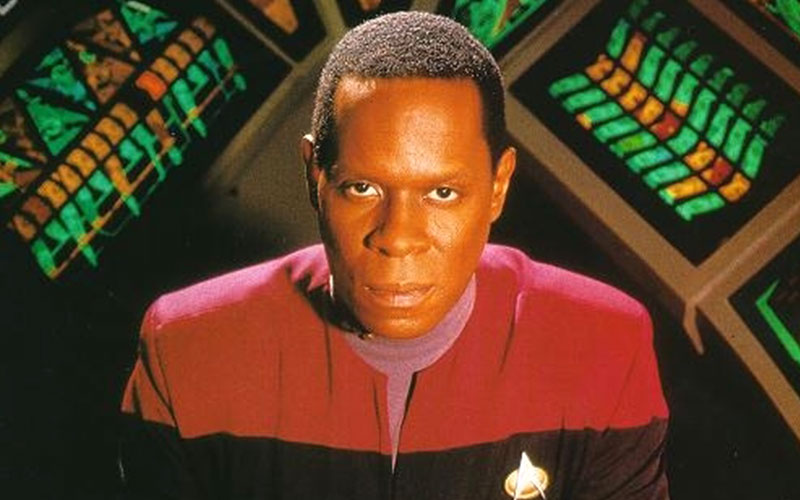 Captain Sisko is tough to classify. I thought of leaving him off because his circumstances are so drastically different from those of the other captains. The Dominion War happens during his series, and you can argue that he both started and finished it. The percentage of people killed under his command is going to be higher purely because of the war. At some points he is in command of entire fleets.

I’m putting him solidly in the middle based on his style. He cares about his crew, and is equal parts tough and sensitive. He doesn’t sacrifice people for no reason. He will compromise his own honor to prevent more death. We see that in “In the Pale Moonlight.” I would be content with Benjamin Sisko as my commanding officer. 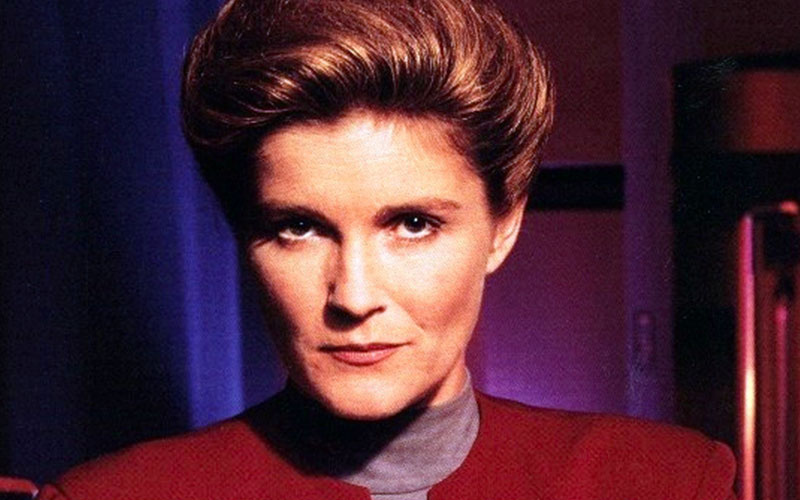 I will acknowledge up front with Janeway that she is definitely responsible for the deaths of a lot of sentient beings outside of her own crew; Borg, Kazon, Hirogen, species 8472. We can argue that it was to protect her crew, the Federation, or species that were in danger. That can be either a good or a bad thing depending on your opinion.

I don’t hold the loss of crewmembers during “The Caretaker” against her, as there was no way she could have prevented it a god-like being from flinging her ship across the galaxy. But, in the long run, she got far fewer Starfleet personnel killed over the course of seven years than Kirk did in three. And, I’m not going to lie; I love that she grabs a phaser rifle and goes after invaders herself. 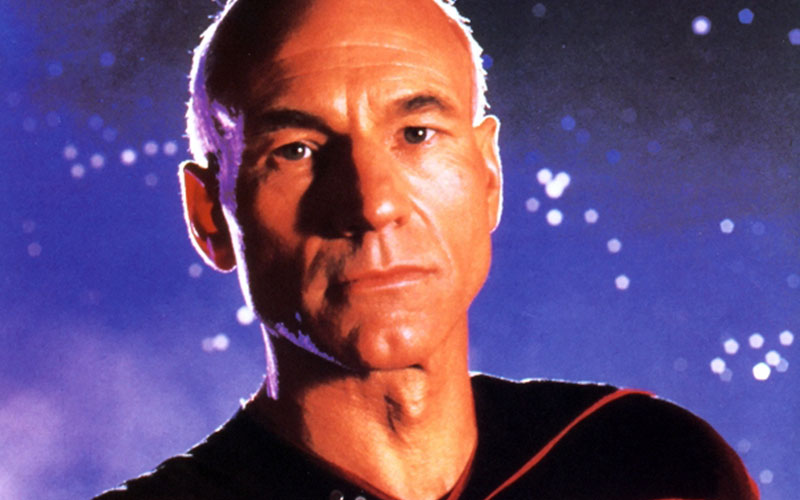 I know. Wolf 359. Locutus of Borg. The damage he does when assimilated by the Borg is significant, but it isn’t his fault and he couldn’t be expected to stop it. Q is responsible for throwing the Enterprise-D into the Delta Quadrant and alerting the Borg to the Federation’s presence, not Picard. Overall, Picard loses a much smaller percentage of his crew. The numbers sound high, but his crew is 3 times larger than Kirk’s and nearly 10 times larger than Janeway’s.

Picard carefully weighs every decision he makes and almost never rushes into a situation on impulse. If he sends someone into danger, he has determined that there is a just cause for it. I feel like I would be much safer on the family-friendly, carpeted, well-armed Federation flagship than I would be on any of the others.

Which captains would you prefer to serve under?