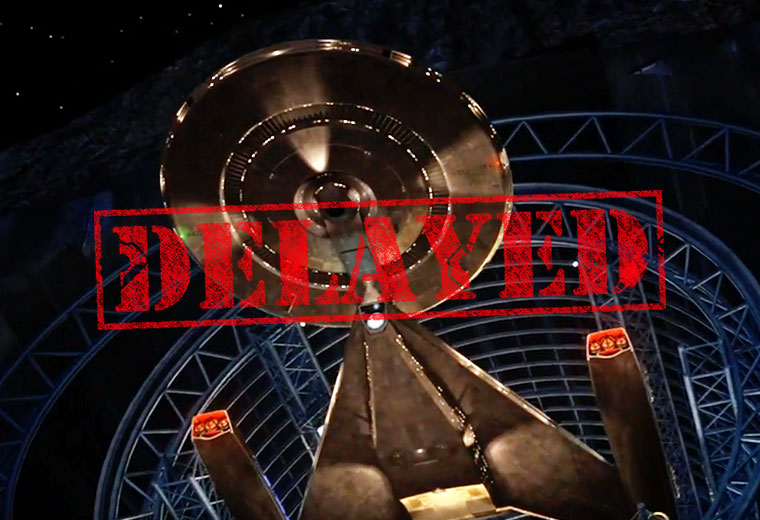 For the second time, CBS will likely push back the planned launch of Star Trek: Discovery.

Originally scheduled to premiere this monthly, the show was delayed until May, back in September and it now appears that date will be missed, as well.

According to a CBS press release, the network will be flexible about Discovery‘s launch date:

“Production on ‘Star Trek: Discovery’ begins next week. We love the cast, the scripts and are excited about the world the producers have created. This is an ambitious project; we will be flexible on a launch date if it’s best for the show. We’ve said from the beginning it’s more important to do this right than to do it fast. There is also added flexibility presenting on CBS All Access, which isn’t beholden to seasonal premieres or launch windows.”

In October, original showrunner Bryan Fuller stepped down from the position to focus on two other projects he is currently involved in, American Gods and Amazing Stories.

When the first episode of Star Trek: Discovery will premiere with a broadcast TV special on CBS later this year, that episode and all subsequent episodes will be exclusively shown in the U.S. on the video streaming service CBS All Access.