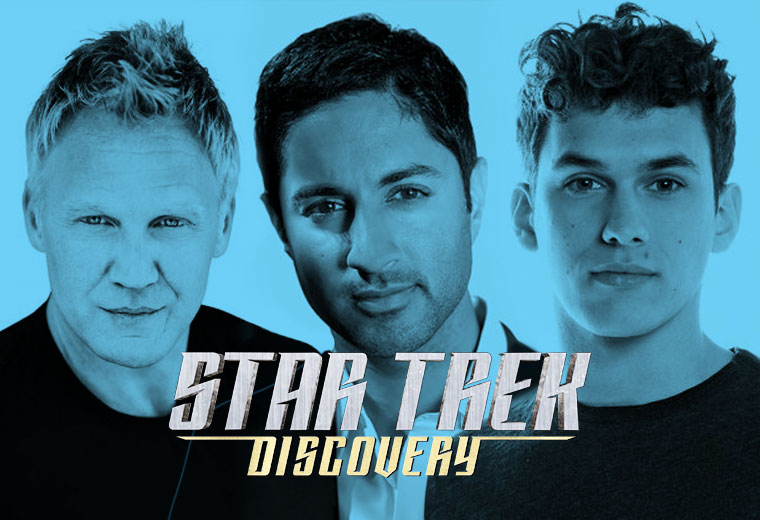 Sam Vartholomeos, Maulik Pancholy and Terry Serpico have been announced as the newest castmembers of Star Trek: Discovery. All three actors will play Starfleet Officers in the series, which is currently filming in Toronto.

Maulik Pancholy will play Dr. Nambue, the Chief Medical Officer aboard the Shenzhou. His credits include Weeds, Hitch, 30 Rock, Phineas & Ferb and The Good Wife.

Sam Vartholomeos will portray Ensign Connor, a Junior Officer in Starfleet Academy on board the starship Shenzhou. His credits include The Secret Life of Walter Mitty and The Following.