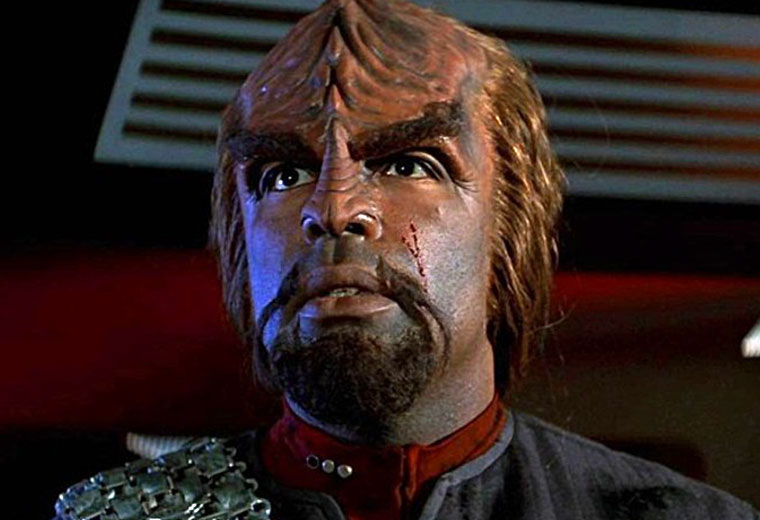 The first of these releases, is Star Trek Klingon Imperial Porter, which will be available in 4-packs at retail locations in 35 states across the U.S. and in select bars later this year.

According to the press release, the Klingon Imperial Porter has “ruby undertones that pay homage to Klingon Bloodwine and fallen warriors who hold honor above life.”

The Imperial Porter is actually the second Klingon-inspired beer to be released, as Klingon Warnog from Federation of Beer (brewed by Tin Man Brewing Company) hit store shelves, back in 2014.

For more information about the Klingon Imperial Porter, check out the press release below.

The First of Three Limited STAR TREK Releases in 2017!

(Clifton Park, NY) – In 2016, Shmaltz Brewing debuted two critically acclaimed Star Trek Golden Anniversary Ales to celebrate the 50th Anniversary of the iconic franchise, Star Trek. 2017 brings triple the excitement with the limited release of three Star Trek specialty beers rolling out throughout the year. Under license by CBS Consumer Products, the first extraterrestrial elixir of 2017 is Star Trek Klingon Imperial Porter (7.3% ABV). Six malts including Specialty 2-Row, Vienna, Melanoidin, Crystal, Honey, and Pale Chocolate are masterfully brewed with two hops, Columbus and Vanguard. Lifting off this week, Star Trek Klingon Imperial Porter transports itself in 4-packs to retail outlets in 35 states across the country and will be on draft at select bars.

Fans can raise a goblet of Star Trek Klingon Imperial Porter to the strongest warriors in the Galaxy, and discover the ruby undertones that pay homage to Klingon Bloodwine and fallen warriors who hold honor above life. “There is no honor in attacking the weak,” so take pleasure in besieging this 7.3% ABV Imperial Porter. But like this mighty brew, Klingons also have a sweet side: Witness the wedding ritual where the gods forge two hearts so strong that once joined together cannot be opposed. (Just ignore the part of the ceremony where the groom swings his bat’leth at the bride!)

A Klingon proverb states: “Death is an experience best shared,” and so is the first Star Trek limited release of 2017. Qapla’!

More events will be taking place in the near future. Stay updated by going to shmaltzbrewing.com/calendar.