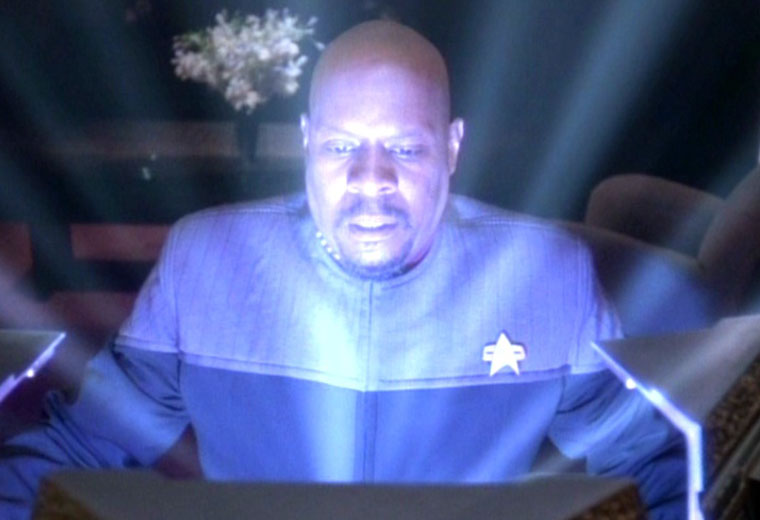 The production team working on the Deep Space Nine documentary What We Left Behind has revealed that they are attempting to get access to the show’s original negatives in hopes of remastering clips in high-definition to be part of their film.

The duo of director Adam Nimoy and producer Ira Steven Behr shared the information, when they joined Jordan Hoffman on the latest episode of the Engage podcast to discuss their crowdfunded project.

We’re just under $400 thousand now. We’ve really expanded the scope of the project — the time, the length alone, will expand… but it also allows us to acquire more clips from CBS from the original [Deep Space Nine] episodes. We are now in discussion with CBS about trying to get to the original negatives, to rescan them to give high-definition resolution to our film, so that Deep Space Nine can be seen in high def for the first time.

CBS is open to discussion. It’s expensive, it’s complicated and there’s a lot of logistics involved… but now that we have the financial backing to pursue this, we’re really determined to make it happen.

Hoffman speculated that the momentum from the Indiegogo campaign may be the impetus that proves to CBS that a DS9 remastering project may be worth it to them after all.

For many, many years and decades, it seems… I’ve talked to people about getting DS9 in HD. I’ve talked to all the people on the show who were in post [production]… the Okudas. For years, I’ve seen them meeting up at times to way of making it happen. That’s not what I set out to do with the doc… it would be an offshoot of it.

If that doesn’t happen, I’m not going to feel like, ‘Oh, damn, that was a level of success we did not reach.’ It’s a total offshoot. It has to do with money, it has to do with other things. it’s not so much a matter of the series itself, it’s just the technology of how the film was shot and how the special effects were shot back then, and the changeover. It would be nice.

Just imagine if we do get a chance to do the clips for the doc in high def… that would be… extremely cool. Plus, it would give the fans another decade of dreaming about what the whole series would look like! It would be that little taste, a lovely little taste… that first injection that leads to so many others.

As we’ve previously reported, bringing Deep Space Nine to high definition would be an incredibly tall task. With this news, however, it sounds like we may finally get a chance to see it happen — if only a small portion.

For more information or to donate to What We Left Behind, visit their page on Indiegogo.