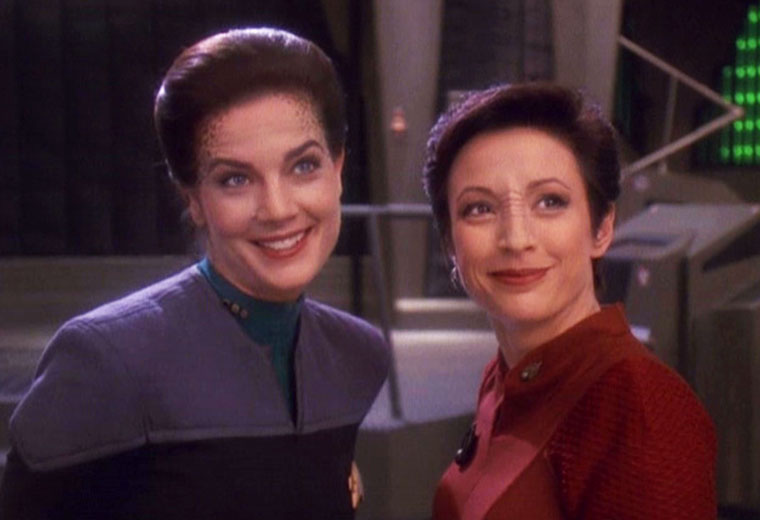 A tribute to two of Star Trek’s most groundbreaking female characters on International Women’s Day: Kira and Dax

Star Trek has given us some iconic women, and today, for International Women’s Day, we would like to celebrate some of them.

Lieutenant Uhura and Captain Janeway get a lot of well-deserved acclaim, but I’d like to talk about some of the women of Deep Space Nine: Kira Nerys and Jadzia Dax.

Kira and Dax are often overlooked or underrepresented in mainstream Trek fandom, but their characters were truly groundbreaking for their time. Both are complex women who don’t fit easily into any tropes or stereotypes that women on television often do.

Kira is a hardened freedom fighter that spent much of her early life trying to liberate Bajor from Cardassian occupation. The Bajoran resistance often used tactics that would be considered terroristic by modern standards to fight against a regime that routinely suppressed and brutalized her people. This is a woman whose entire life had been devoted to hatred of the oppressor.

We meet Kira as the Cardassians are leaving and Bajor is transitioning to self-government. Her goal has been accomplished. As the seasons progress, we watch Kira find a new purpose. She comes to terms with things she did during the Occupation, interacts with her former oppressors, and witnesses the effects of war on her world. Through Kira, Deep Space Nine is able to tackle issues like war crimes and torture, but also forgiveness, understanding, and healing. 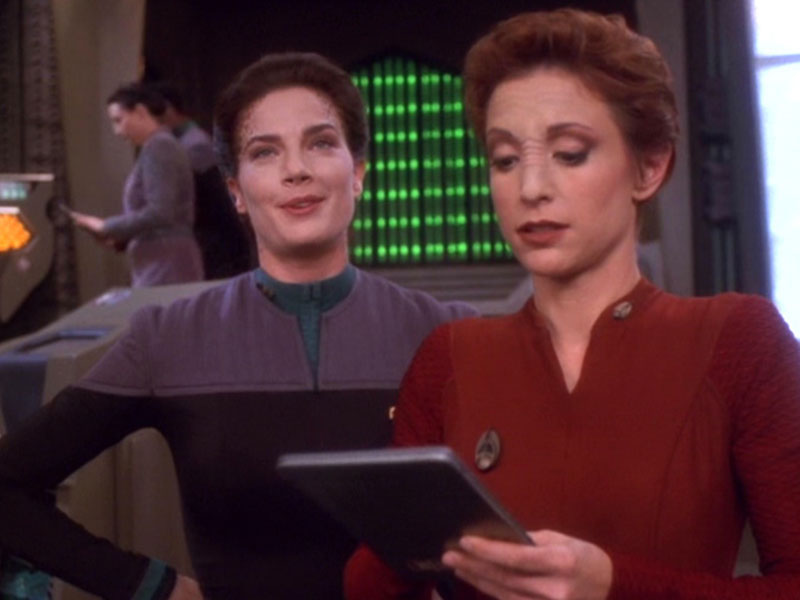 Kira isn’t just a freedom fighter. She is deeply religious and devoted to her faith. The Bajoran Prophets are at the center of her world. We see her grapple with her faith and the politics of it regularly. Her relationships with Bajoran religious figures like Kai Winn and Vedek Bareil are central to the series.

There isn’t one word or sentence you can use to describe Kira Nerys. She is complicated and frequently makes mistakes. In short, she’s a real person.

Jadzia Dax, too, is a beautifully complex character. As a Trill, she has already lived many lives. Jadzia alone would be impressive enough. Before she was joined to the symbiont Dax, she was a driven young woman who worked hard at Starfleet Academy to earn multiple degrees. After becoming a science officer, she was determined to join with a symbiont and persevered through numerous obstacles and dismissals to reach her goal.

When Jadzia becomes Jadzia Dax, she gains the memories and experiences of all previous hosts. She has to come to terms with this and deal with the repercussions of some of the previous hosts’ actions. Dax gains knowledge and becomes wise beyond her years. She is invaluable to Captain Sisko.

Impressive qualifications and experience aside, Jadzia Dax’s personality is multi-faceted. Fun-loving, sparkling wit, fierce intelligence, compassion, and loyalty are some of her best qualities. Jadzia is physically strong, fit, and takes great pleasure in combat. She is also open and unapologetic about her romantic and sexual relationships, no matter which gender or species they’re with.

Dax doesn’t let anyone tell her what to do or how to act, including her fiancé/husband Worf. She is always true to herself first and doesn’t care what anyone else thinks.

Kira and Dax are, in my opinion, some of the best-written women in Star Trek. They’re complex, fierce, and intelligent, defy stereotypes and refuse to be boxed in. They’re also compassionate, loving, loyal and fallible. They’re a bit of everything, like real people are. They don’t fall into the “strong female character” trope of being physically strong but without real character depth. Dax and Kira can be both strong and vulnerable, like real women.

This International Women’s Day, we salute Kira Nerys and Jadzia Dax, for serving as good role models and being truly strong characters and women.