Star Trek is a franchise that fans and scholars have been dissecting for 50 years – and likely will continue doing so for 50 more. The opportunities for analysis run deeply through the various TV shows and movies, and practically any theme can be identified in one episode or another. This is what makes Star Trek so great.

Even a cursorily look through The Original Series will reveal one particularly recurring theme – sex. This is something one-time TNG and DS9 writer William Stape found as well, so like any curious scholar looking to delve into Star Trek, he wrote a book about it. That book, Star Trek Sex: Analyzing the Most Sexually Charged Episodes of The Original Series, is out now, and ready to boldly explore the more sensual aspects of the Final Frontier. 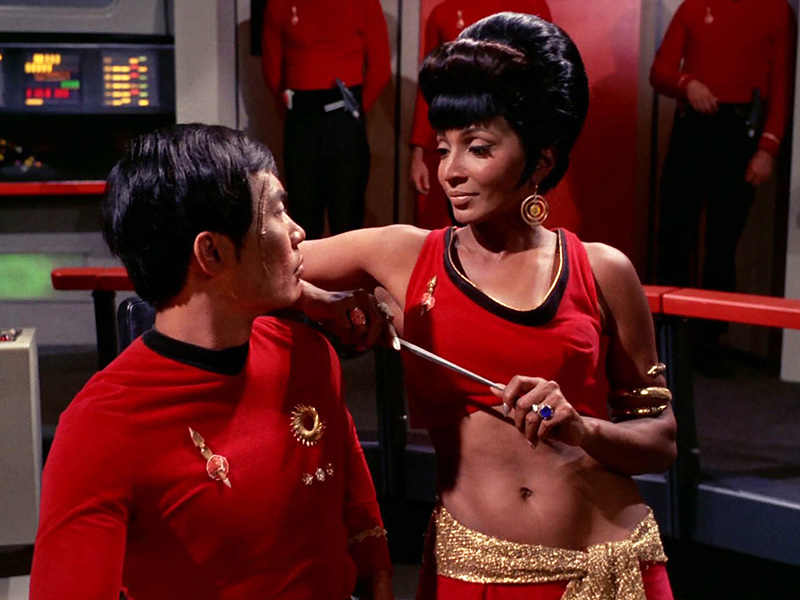 Such an analytical undertaking is complex, to be sure. To his credit, Stape presents his work in an easily understandable format. The book is sectioned off according to episode, so the sexual themes in, say, “The Man Trap,” are discussed under that episode’s entry. This grants the book an organized format, perfect for picking up and quickly referencing. In this way, this book makes a great companion for old and new fans alike binging on TOS.

Stape makes sure to note that this book isn’t about “pornographic depiction, nor satire on how love space jockey Captain Kirk handled his many women” (although one could certainly write a book about that). Rather Star Trek Sex presents subtler sexual meanings from TOS episodes, episodes which “many of the plotlines, character motivations, and basic story elements hinged upon or were preoccupied by sexual expression, lovemaking, or good old reliable lust.” Under each episode section, Stape notes the sexual sub-themes in the episode. For example, in “What Are Little Girls Made Of,” Stape notes the sexual situations in the episode include rekindling a romance, and artificial human sexuality. Stape then places the episode and these themes in the context of the episode, then briefly discusses it. No episode entry is more than two pages; while some episodes surely deserve more discussion than that, this slimmer approach helps the book maintain its conciseness, and the reader never feels like Stape is plodding along. 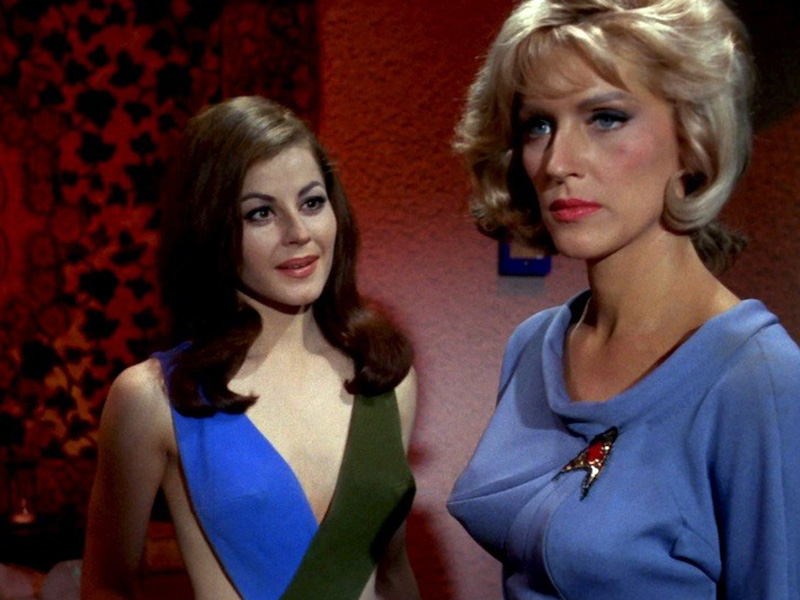 A scene from the first season episode “What Are Little Girls Made Of?” | Photo CBS Home Entertainment

Ultimately, Star Trek Sex looks at 37 TOS episodes. Additionally, Stape includes light-hearted sections dedicated to the bromance between Kirk and Spock, the somewhat masked sexuality of Lt. Uhura, and even the “Sexiest Starships” of Star Trek. Overall, it’s a well-rounded look into one of Gene Roddenberry’s most prominent themes, and one of the reasons why Star Trek is as multilayered as it is.

Star Trek Sex is ultimately an engrossing look into Roddenberry’s emphasis on human sexuality. Stape’s commentary will likely reveal previously masked themes in episodes you may have watched countless times. Such a revelation certainly is welcome 50 years after some of these episodes aired. Those looking for a witty, more relaxed study into Star Trek‘s sexual themes should consider Stape’s book.

Check out TrekNews.net’s recent interview with Will Stape, where he talks this book, his Star Trek writing credits, and his love of the Final Frontier.

Star Trek Sex by Will Stape is now available on Amazon.