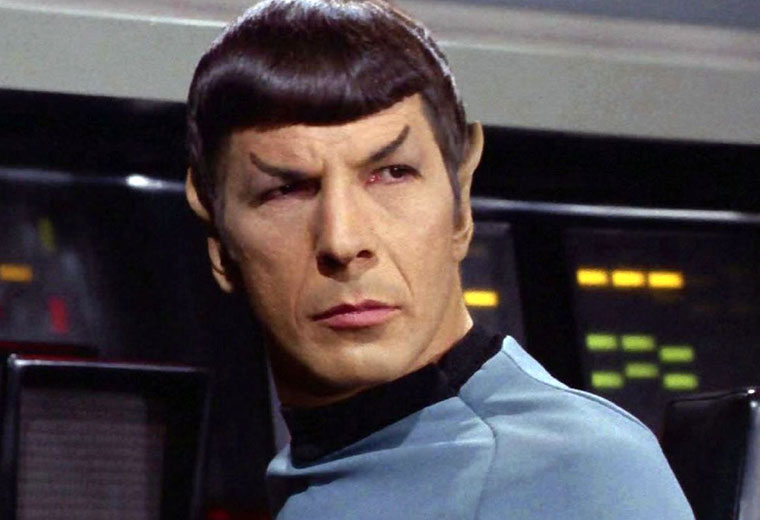 As we’ve previously reported, Remembering Leonard Nimoy strives to educate viewers about COPD (Chronic Obstructive Pulmonary Disease) through personal stories of Nimoy and others affected by the disease. Narrated by John de Lancie, the documentary will discuss the latest treatment information along with the quest for a cure.

In addition to a look into his childhood, growing up in Boston, his early days in Hollywood, and his time on Star Trek, the film features interviews with Nimoy’s children: Julie and Adam, his wife Susan, his step-son Aaron and his six grandchildren.

You can read the full press release below.

Julie Nimoy and David Knight discussed their documentary in an exclusive interview with TrekNews.net.

Leonard Nimoy, a prolific actor/director, best known for playing Spock in the Star Trek franchise will be remembered in this new documentary produced and directed by his daughter Julie and son-in-law, David Knight.

“My husband, David, and I are thrilled that Newport Beach Film Festival has selected our documentary “Remembering Leonard Nimoy” to be screened at their film festival starting April 20-27 says Executive Producer, Julie Nimoy”.

“Remembering Leonard Nimoy” is an intimate journey into Leonard Nimoy’s personal life. Featuring stories from his childhood growing up in Boston, his early career in Hollywood, his breakout role on the Star Trek series, highlights from his remarkable career, special moments and memories shared by his family, to the remaining years of his life battling chronic obstructive pulmonary disease. (COPD)

For film lovers and Leonard Nimoy fans, tickets for “Remembering Leonard Nimoy” will go on sale April 1st at newportbeachfilmfest.com/.