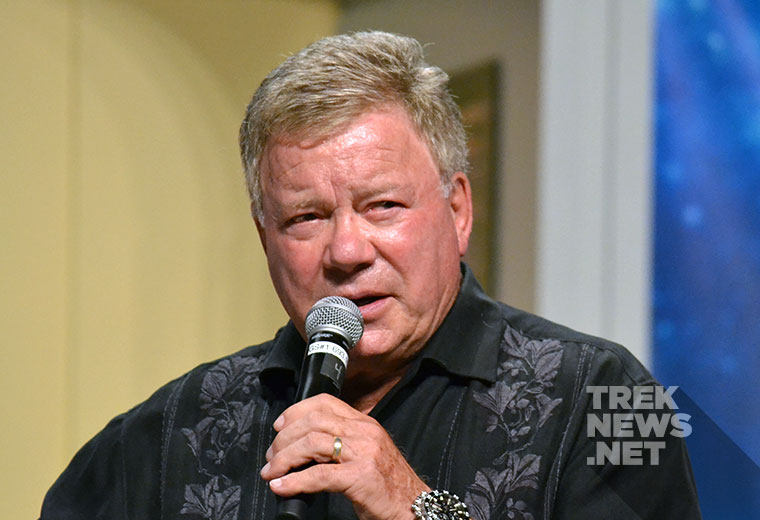 William Shatner says he’s “fit and ready” to sit in the captain’s chair once again.

William Shatner will forever be the Captain Kirk for many Star Trek fans. Since the announcement of the rebooted film franchise (now known as the “Kelvin Timeline”) in 2007 and a younger actor, Chris Pine, being cast as Kirk, fans have clamored for Shatner to appear as the iconic character one final time. During a recent interview, Shatner says that even at 86, he’s ready to play Kirk again.

As fans will know, his Original Series co-star Leonard Nimoy appeared in both 2009’s Star Trek and 2012’s Star Trek Into Darkness. So, with a little time travel, an older version of Kirk definitely could appear alongside the younger version of himself.

“I’m perfectly fit and ready to put on some makeup… The problem I guess is what do you do with an aging captain whose youthful existence is already there?,” Shatner said to the Regina Leader-Post. 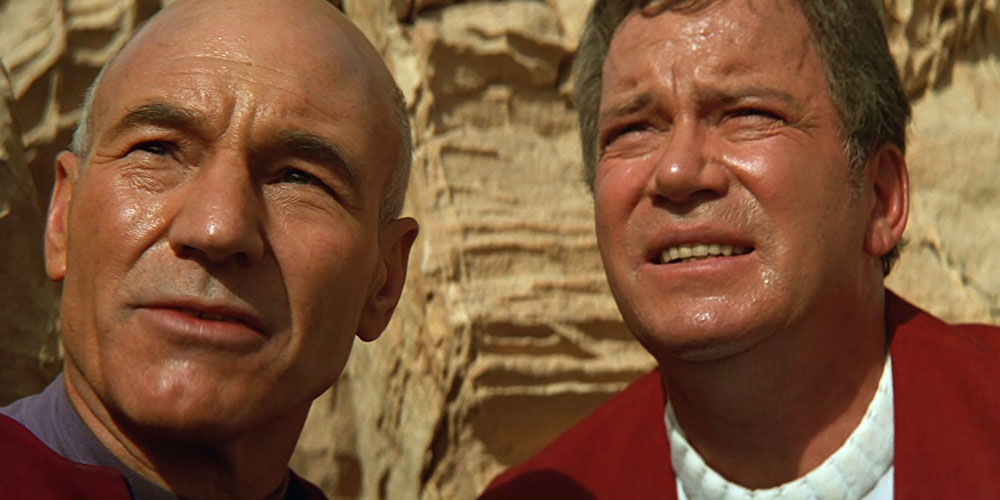 With the younger version of himself already on screen, what do you do with an older Kirk? In addition to time travel and “flash forward” sequences, I’m sure the writers of the next film and my fellow Trekkies could come up with a vast amount of interesting ideas.

Aside from a feature film appearance, it’s not out of the realm of possibility for Shatner to appear as Kirk in the upcoming CBS All Access series Star Trek: Discovery — potentially through a tear in the space-time continuum. However, as we’ve previously reported, the new show will take place a decade before Kirk and Spock’s adventures in The Original Series.

In addition to Star Trek and his upcoming appearance at Fan Expo Regina this weekend, Shatner also discussed his interest in the environment and specifically Canada’s role in the battle against climate change.

“I’m a passionate environmentalist in that we’re all going to die from these effects if we don’t do something about it right now. Not even soon, right now,” Shatner said.

“Canada should be the leader in this and they’re not,” said the Quebec native. 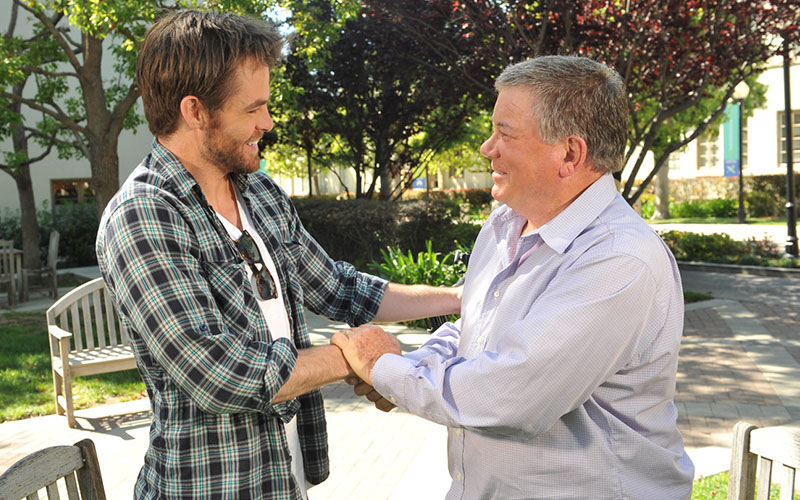 Shatner with Chris Pine, while filming the documentary “The Captains” | Photo: EPIX

What do you think? Should William Shatner don his captain garb one more time? Tell us how you think it could happen in the comments below.

For all the latest news on a potential fourth Star Trek “Kelvin Timeline” film, Star Trek: Discovery and all the Star Trek celebrity news, stay tuned to TrekNews.net.

In this article:Star Trek 4, William Shatner