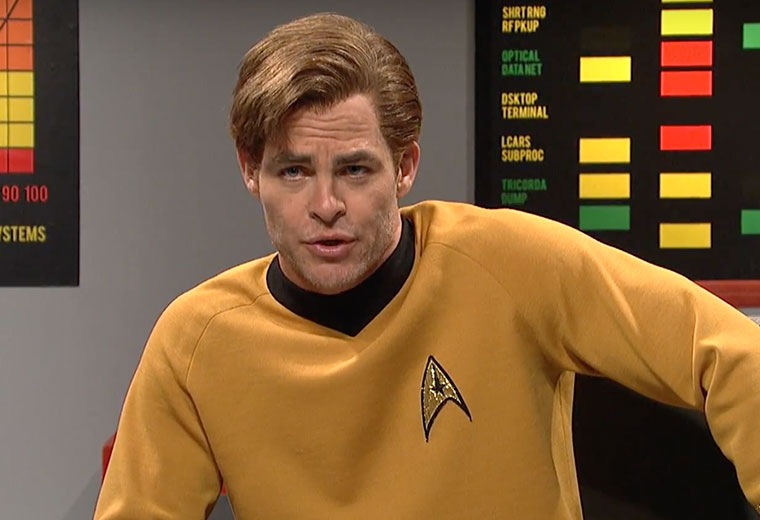 Chris Pine, who has played Captain James T. Kirk in all three installments of the rebooted Star Trek film franchise, hosted Saturday Night Live this week. In addition to playing part in several other sketches along with his hosting duties, Pine played a very Shatner-esque version of Kirk during an Original Series-inspired segment.

The segment depicted the crew of the U.S.S. Enterprise in a lost 81st episode of The Original Series titled “Spock’s Secret.”

Check out the video, along with a few of Pine’s other appearances on the show, below.

Chris Pine explains the differences between him and Chris Pratt, Chris Evans and Chris Hemsworth.

In this article:Chris Pine, Fandom