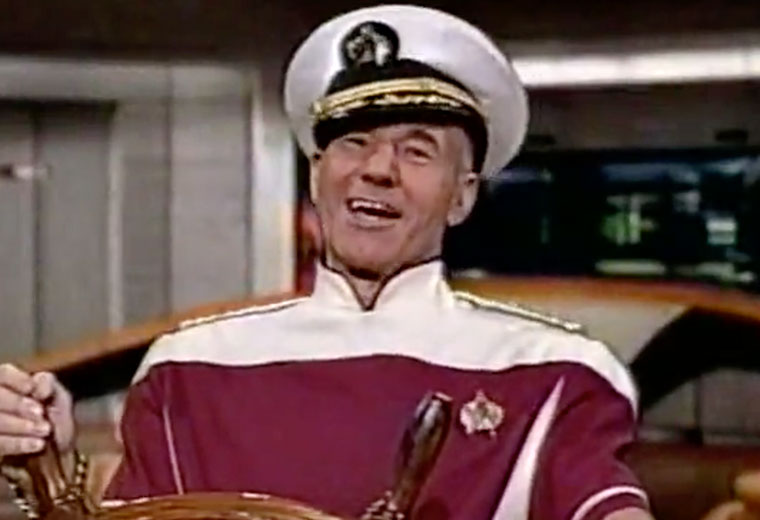 Actor Chris Pine recently appeared on an episode of NBC’s Saturday Night Live, as a very Shatner-esqe version of Captain James T. Kirk. The segment ignited discussion on social media of past SNL Star Trek skits, including Shatner’s iconic 1986 “Get A Life” sketch. However, one that seemed to go somewhat unnoticed was 1994’s Next Generation–Love Boat mashup, featuring Patrick Stewart himself as Captain Jean-Luc Picard.

“And love… life’s sweetest reward. Let it flow, it flows back to you!” – The Love Boat theme song

In the 1970’s, one Hollywood TV producer nearly single handedly dominated the television broadcast airwaves. Aaron Spelling, one time actor – appearing in bit parts on shows such as I Love Lucy – became one of the most popular and prolific TV show creators around. Leave it to the master of the hit series TV landscape, Aaron Spelling, to have a connection to Star Trek – however accidental. 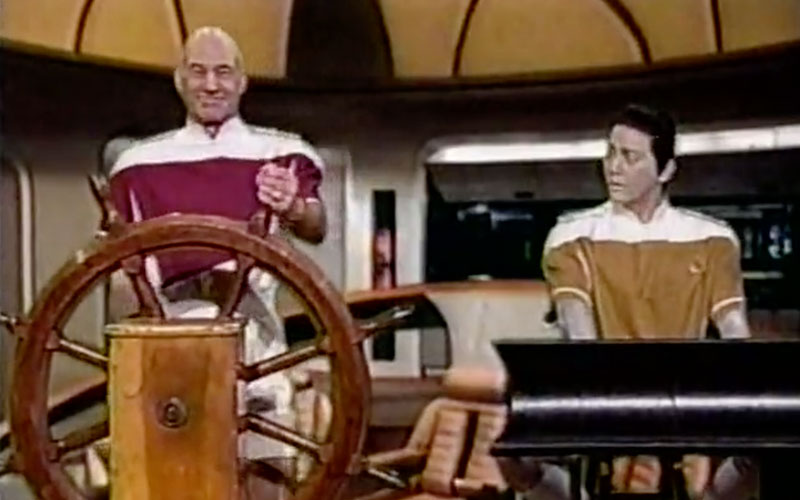 Iconic shows like Charlie’s Angels and Fantasy Island were must watch TV back in the day, and regular viewers of the boob tube simply couldn’t warp away from Spelling’s creative spell even if they had a Starfleet transporter. If visionaries such as Rod Serling and Gene Roddenberry ruled as TV’s “golden age” sci-fi gurus, then Aaron Spelling ruled in his era as an equal master of pop culture escapism.

Crime fighting and fantasy fulfillment aside, Spelling also liked to just have laughs on his shows. That search for chuckles gave television viewers Spelling’s masterpiece of campy, ocean trekking fun – The Love Boat. 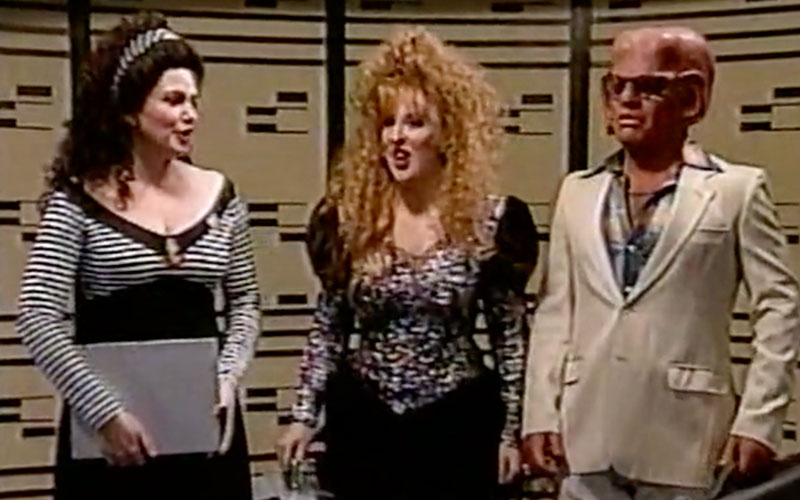 Set a course for… LOVE! 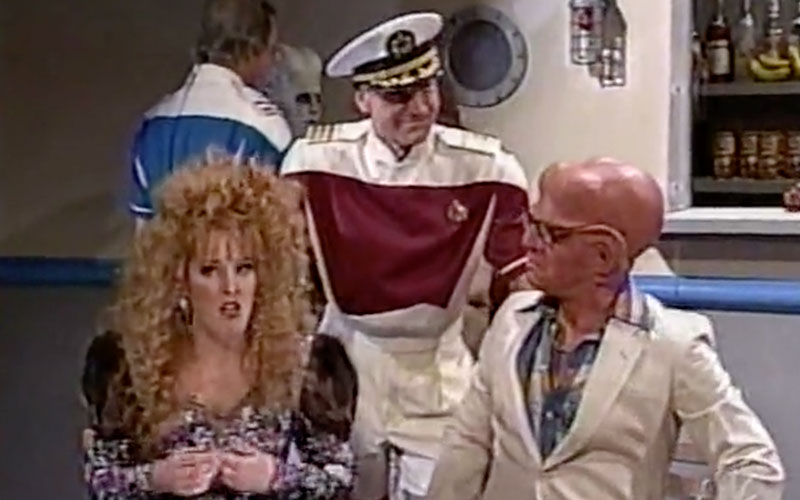 Wait a minute… sounds familiar. Bald Captain – a massive, luxury vessel which would ferry an eclectic mix of passengers of all manner and description to exotic destinations… Let’s see. What other TV series does it remind me of? Hmmm…

Watch the classic 1994 Saturday Night Live skit – complete with guest host Patrick Stewart as Captain Jean-Luc Picard, as he sets a course for romance and love, along with Chris Farley playing Number One and Rob Schneider as ole yellow eyes himself, android Mr. Data.

Did Roddenberry pattern his Jean-Luc Picard after Spelling’s Stubing? Decide for yourself, but the parallels between the legendary shows make for a wonderful parody. Maybe subconsciously Roddenberry’s push for a bigger, prettier more luxurious starship design for his Enterprise D – complete with those nifty ‘hotel like’ furnishings of carpets and plants in the corridors – came after watching Spelling’s opulent creation.