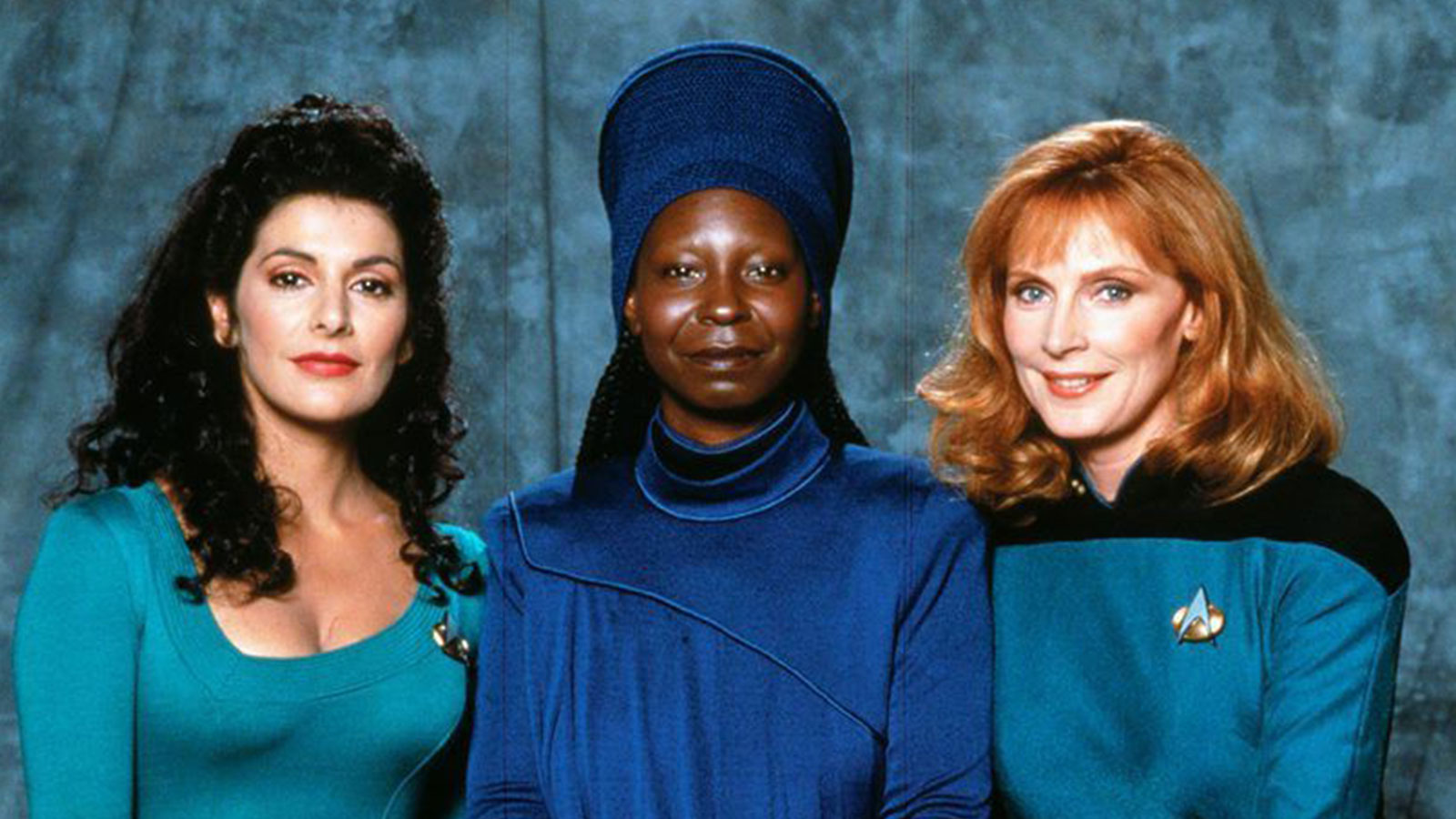 It’s official, loyal comic fans who believe in Paradise Island (aka Themyscira) — your long wait is over! Gal Gadot is our new Wonder Woman, after classic TV’s Lynda Carter passed the torch to the Israeli born actress.

Gadot takes possession of the Amazon’s golden lasso of truth, bullet busting bracelets and is now outfitted with a formidable sword and shield. DC’s pulp fiction movie franchise now speaks with a definitive girl power roar, and if reviews are indication, the film directed by Patty Jenkins dropping June 2nd, will be first in a line of epic Wonder Woman action romps. 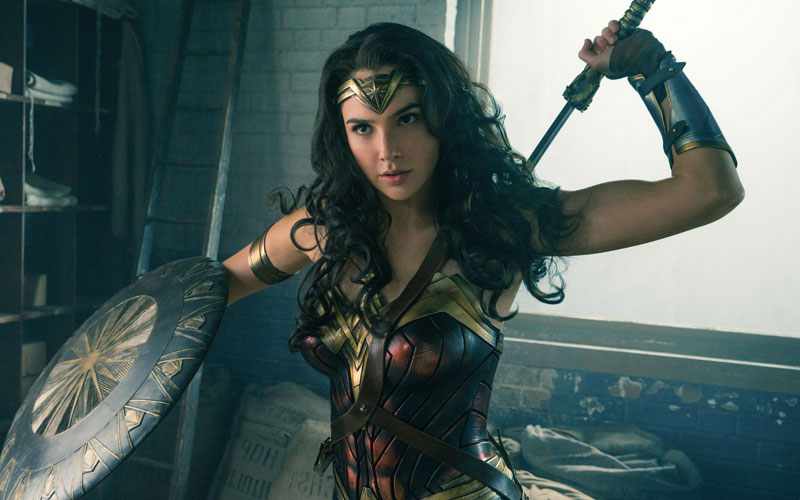 In 1966, when Gene Roddenberry launched his original ‘Wagon Train To The Stars’, Star Trek‘s creator put a feminine presence on his Enterprise bridge, and more importantly, in command, along with Captain Pike (Jeffrey Hunter) and Leonard Nimoy’s Spock. Number One – played by Majel Barrett – served as Pike’s first officer and appeared in the pilot, ‘The Cage’, but after NBC ordered another pilot, the enigmatic Number One disappeared. Spock became first officer, or 2nd in command to a newly minted Captain, James T. Kirk, played by legendary William Shatner. 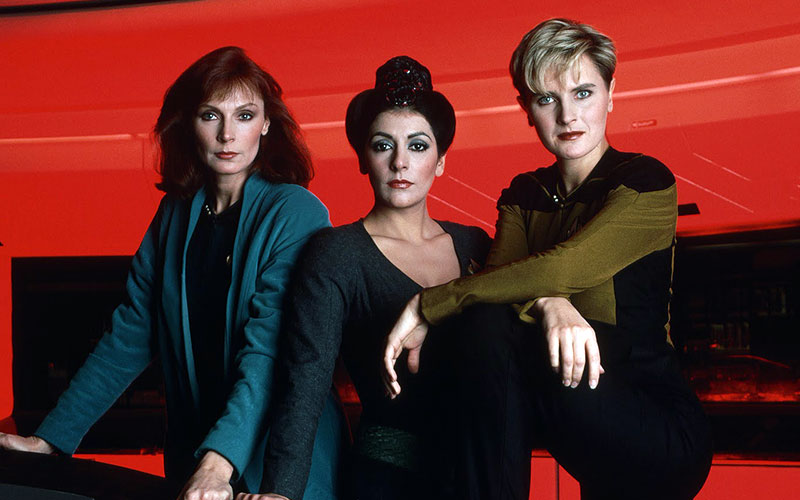 Star Trek completed a three season run, and though characters such as Lt. Uhura (Nichelle Nichols) and Yeoman Janice Rand (Grace Lee Whitney) figured prominently, even ground breaking in the science fiction series, it wasn’t until 1987’s spin-off, Star Trek: The Next Generation, where female officers – including ship’s Chief Medical Officer and Security Chief – would be truly front and center. These ladies not only boasted several of the highest Starfleet command ranks, but Dr. Crusher would be the only officer capable of relieving Captain Jean-Luc Picard of duty, or anyone else if she deemed them unfit to carry out their professional Starfleet obligations.

From an emotionally charged empath whose psychic powers traversed two distinct worlds to a super fit, super trained athlete who’d give Diana a run for her money in the Aikido exercise program on Enterprise D’s Holodeck, here are just a few of the wonderful women of TNG.

“Do you remember what I taught you, Imzadi? Can you still sense my thoughts?” In TNG’s pilot, ‘Encounter At Farpoint’, this is how Counselor Troi reconnected with Commander Riker – or her Imzadi – a Betazoid word meaning beloved. Although it’s an accurate quote, Troi never actually spoke the words – she thought them. 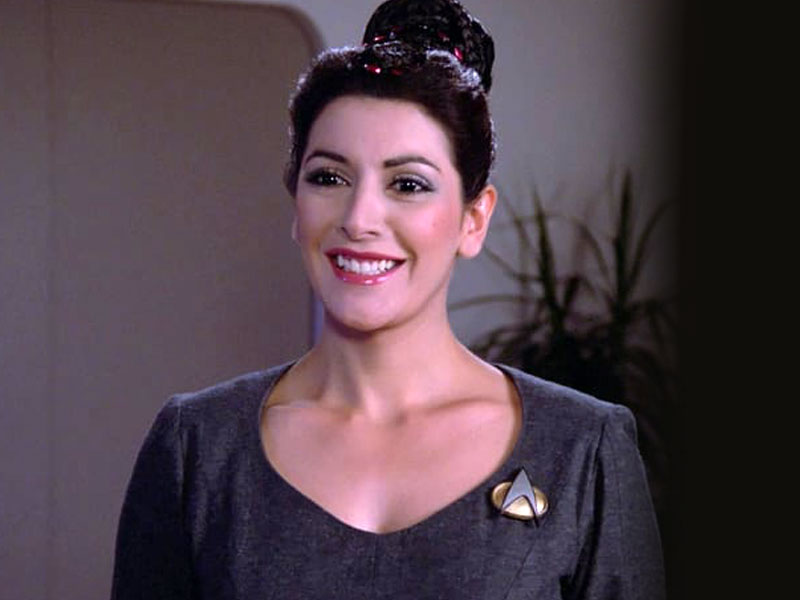 Such was the real wonder of this fascinating character. Deanna Troi, like Mr. Spock before her, held purchase in two distinct worlds: Earth and Betazed. Her colorful mom, Lwaxana Troi (Majel Barrett Roddenberry) gave her the telepathic and empathic abilities, while her Dad was a human Starfleet officer.

Over TNG’s run, Troi’s alien powers and psychological insight would be powerfully significant in many missions or diplomatic negotiations. After her on again, off again romance with Will Riker, and a romantic relationship with Klingon Worf (Michael Dorn), Troi would wed her Imzadi in the 2002 feature film, Star Trek: Nemesis, starring alongside Tom Hardy (Mad Max: Fury Road), as Picard clone Shinzon.

When you can kick butt like Natasha Yar, do you really need a phaser? Well, Bruce Lee didn’t like to use guns in his flicks, but those rays guns certainly do come in handy. Still, after seeing the brutal physical damage Yar can do to an opponent with her bare fists and feet, a phaser almost seems slow by comparison. 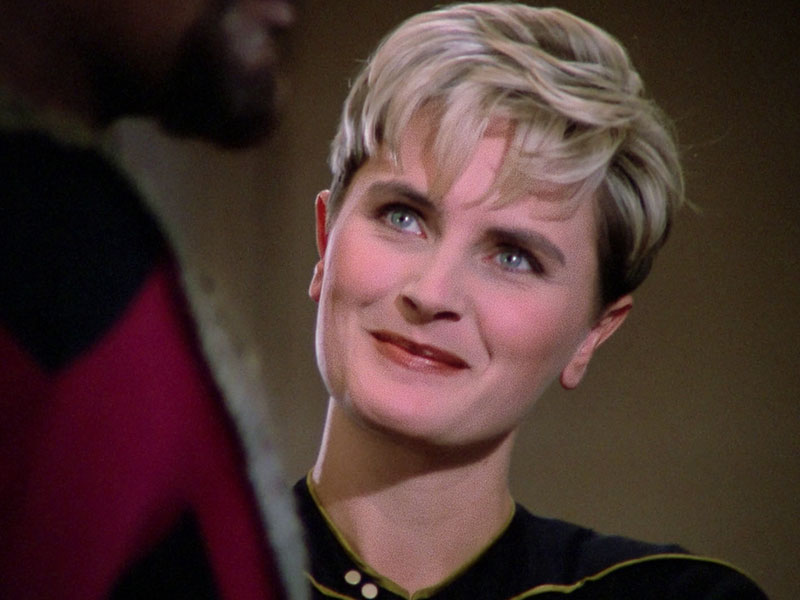 Yar’s character signaled a breakthrough for Trek. Here was a young woman who was entrusted with the security and well being of a massive Starship. Despite the toughness of her adulthood, Yar had a troubled background – she talked about escaping the ‘rape gangs’ of her youth. She was never the most bubbly or humorous of Picard’s Enterprise D crew, but she was capable, fiercely loyal and certainly showed Data a good time in the giddy 1st season episode, “The Naked Now”.

Tasha would be taken away from her Enterprise family far too soon after encountering the insidious life form Armus, in “Skin of Evil”, succumbing to his brutal attack. Her memorial service in the Holodeck remains one of the most memorable and honest expressions of emotion in the Star Trek universe.

“Medical Emergency! Beam directly to Sickbay!” It may not have been as catchy as ‘He’s dead, Jim’ or ‘I’m a doctor, not a miracle worker!’ but Dr. Crusher’s catchphrase has advantage of TNG’s higher tech which brought more than a few patients sparkling into materialization directly into her professional offices. 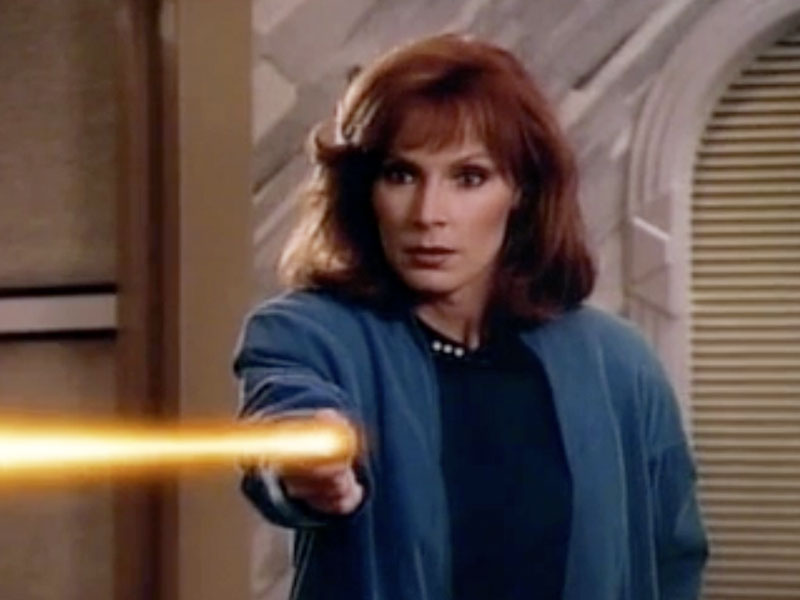 Beverly Crusher’s deceased husband, Jack, was good friends with Captain Picard. Also, having her son Wesley (Wil Wheaton) on board for her new tour of duty meant interacting with more than merely a superior officer. In TNG’s future spanning finale, ‘All Good Things’, it’s revealed Crusher and Picard eventually got married – then later, they divorced. So, all those years on Enterprise working together amounted to more than simple professional interactions.

Crusher’s light bedside manner was notable, with perhaps her most comic moment of all in Star Trek: First Contact, when she calls on her holographic colleague to create a diversion for rampaging Borg. Summoning holo Doc, Crusher tells him to, ‘Do a dance, tell a story… just give us a few seconds!’ – as Borg are about to break down the door to Sickbay. “I’m a doctor, not a door stop.’ protests the hologram, played by Voyager’s Robert Picardo.

Actress Gates McFadden always asked for more realistic Trek tech training on her medical props – so as to heighten a sense of engagement for her character performance and the fans.

When you’re the lounge hostess or hip bartender of a mighty Starship like Enterprise 1701-D, your reputation most likely precedes you – in more than a few parts of the galaxy. With El-Aurian Guinan’s mysterious background, this actually may have also included many other dimensions as well. 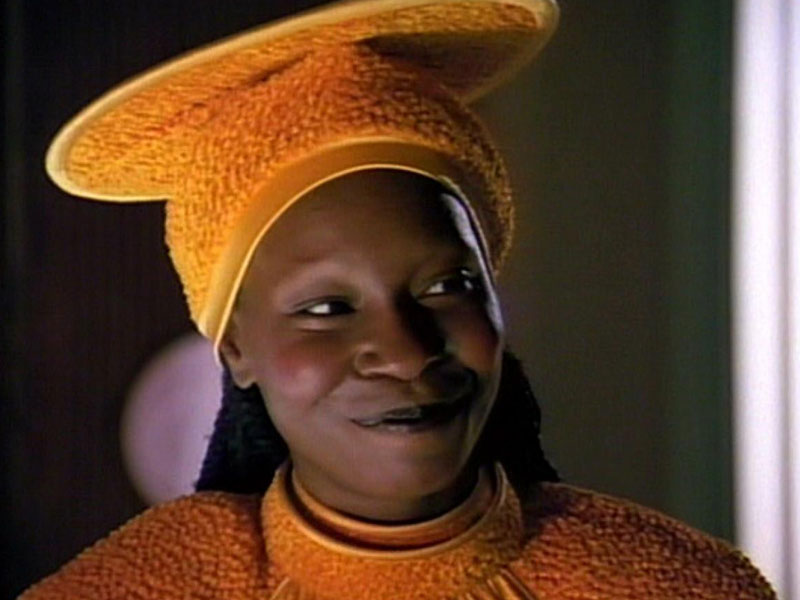 Guinan can wet your whistle, serve up delectable grub or listen to and critique you sing a tune in her lounge, the relaxing and chock full of surreal ambiance Ten Forward. Above all else that Picard’s lounge offers, it’s nice to know that in the far flung future, the personal touch of human customer service won’t be overlooked.

Hollywood casting stories are always good fun. The tale of Whoopi Goldberg’s Next Generation tenure remains one of the coolest of anyone cast in the various Trek incarnations. Levar Burton and Goldberg are good friends, and after she asked Burton to inquire at the studio about doing TNG as a guest star, the producers weren’t sure the comedian/actress was being serious. Not only was Goldberg very serious, but when finally contacted, she agreed to come on in the guest starring and recurring role of everyone’s favorite galactic barkeep.