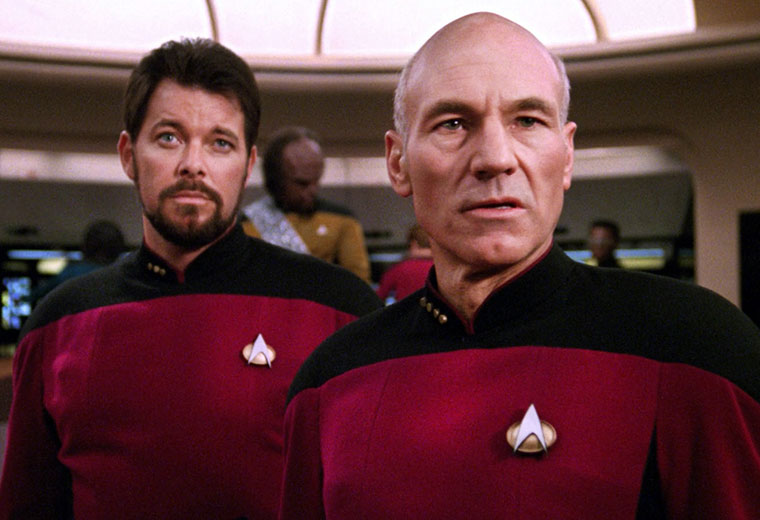 Star Trek: The Next Generation first premiered in the United States on September 28, 1987. In addition to being shown in American English, the show’s popularity propelled it to be distributed Internationally and shown in multiple languages around the world. While many of us are so familiar with Patrick Stewart’s original voiceover of “Space, the final frontier,” it’s interesting to hear how viewers outside the U.S. may have been introduced to the iconic series.

Break out that universal translator, because we’ve compiled some of TNG’s International openings below. Check them out and let us know how you think they compare to the original in the comments section.

This year, marks Star Trek: The Next Generation‘s 30th anniversary. Throughout 2017, we’ve been celebrating that milestone with our TNG at 30 series that looks at the show’s incredible impact on television and Star Trek fandom throughout the last three decades.