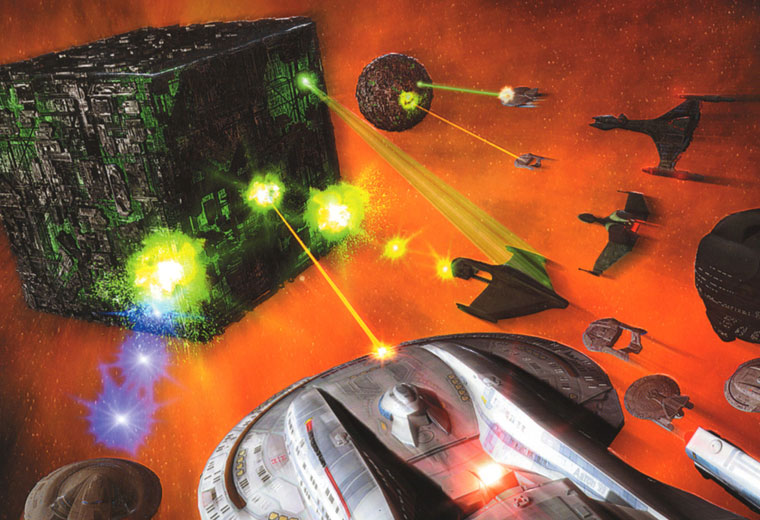 With the release of Star Trek: Bridge Crew for Sony Playstation VR , HTC Vive, and Oculus Rift, Star Trek fans can add another game to the list of must-play Star Trek games. Critics have praised Bridge Crew’s use of virtual reality to transport players onto the bridge of a starship and assume various positions. This game joins the relatively brief list of great Star Trek games, and the surprisingly lengthy list of Star Trek games in general. Since 1971, more than 60 Star Trek titles have been released on basically every platform imaginable. Most of these games have faded into obscurity, but every so often, some titles rise above their checkered linage and into the hearts of gamers. To celebrate Bridge Crew’s success, as well as the video game industry in general considering the on-going E3 convention in L.A., TrekNews has complied the definitive list of Star Trek games every fan must play. 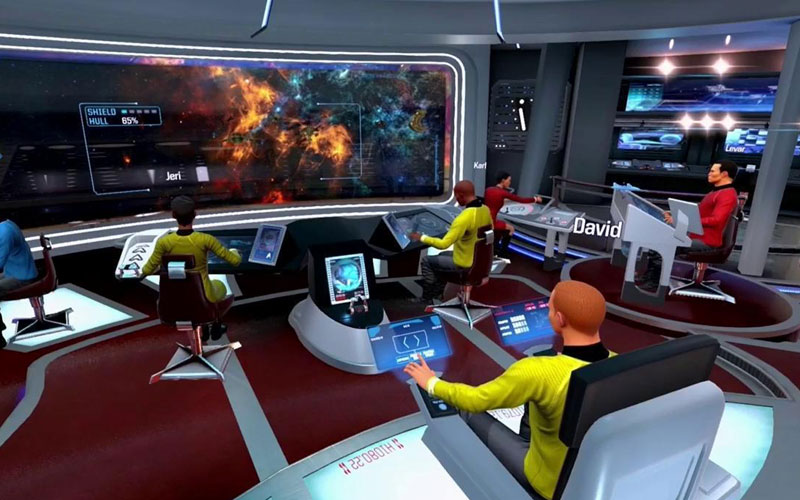 Let’s get the newest one out of the way first. TrekNews.net recently had the opportunity to demo the high-end VR platform HTC Vive at E3 this week, and it’s clear that this technology lends itself perfectly to Star Trek experiences. Bridge Crew utilizes the power of the various VR platforms to link players together on the bridge of the U.S.S. Aegis, a Federation starship looking for a home for the displaced Vulcans following the events of 2009’s Star Trek. Childhood dreams of commanding a starship are realized in this game, and those who always wanted to divert power to engines, engage warp drive, or issue orders can do so with the press of a virtual button. Four roles are available on the Aegis: captain, tactical officer, engineer, and helm, and each play a crucial role in the success of the mission. It’s the captain’s job to issue orders to the crew in the face of various objectives, and those who communicate well are treated with satisfying (and oftentimes humorous) mission completions.

Considering the infancy of VR and the historical lack of quality Star Trek games, it’s great to see a Star Trek title lead the charge in terms of what VR is capable of. Since the premiere episode of The Next Generation, the idea of virtual reality for entertainment has held such promise for storytelling. With Bridge Crew, along with other notable VR experiments, that promise is coming to fruition. While VR technology still has a long way to go in terms of graphical fidelity and accessibility, Bridge Crew is one of the best utilizations of VR seen to date. If you have one of these VR devices, it’s worth checking out. 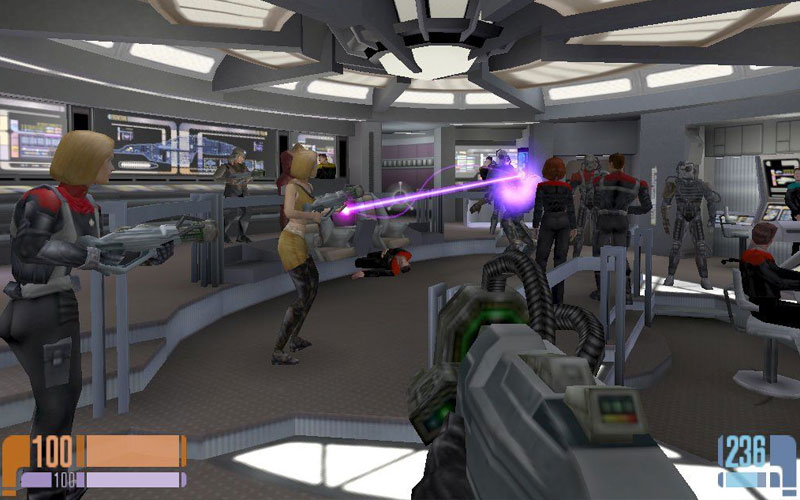 While fan reaction to Star Trek: Voyager is generally mixed, there’s no denying that this first-person shooter by Raven Software (now a support studio for Call of Duty titles) transported gamers into the Delta Quadrant in a fantastic way. Players step into the boots of Ensign Alex Munro, a male or female member of the elite security force Hazard Team, responsible for protecting Voyager from anything and everything as it travels home. In Elite Force, Voyager is trapped in a graveyard of alien vessels, and it’s up to Hazard Team to defend the ship.

Elite Force was praised as one of the first successful Star Trek games thanks to its engaging shooter mechanics, atmosphere, and level of detail. The real kicker was that Voyager’s entire main cast (sans Jeri Ryan initially) voiced their characters in the game, adding a further layer of immersion to the faithfully recreated decks of Voyager. The game holds an 86 percent rating on Metacritic, the highest of any Star Trek game, and on the heels of the PC game’s success, the game was ported to the PlayStation 2 (albeit to negative feedback). If you are itching for more Elite Force, its sequel was released in 2003, although to slightly less enthusiastic reviews. 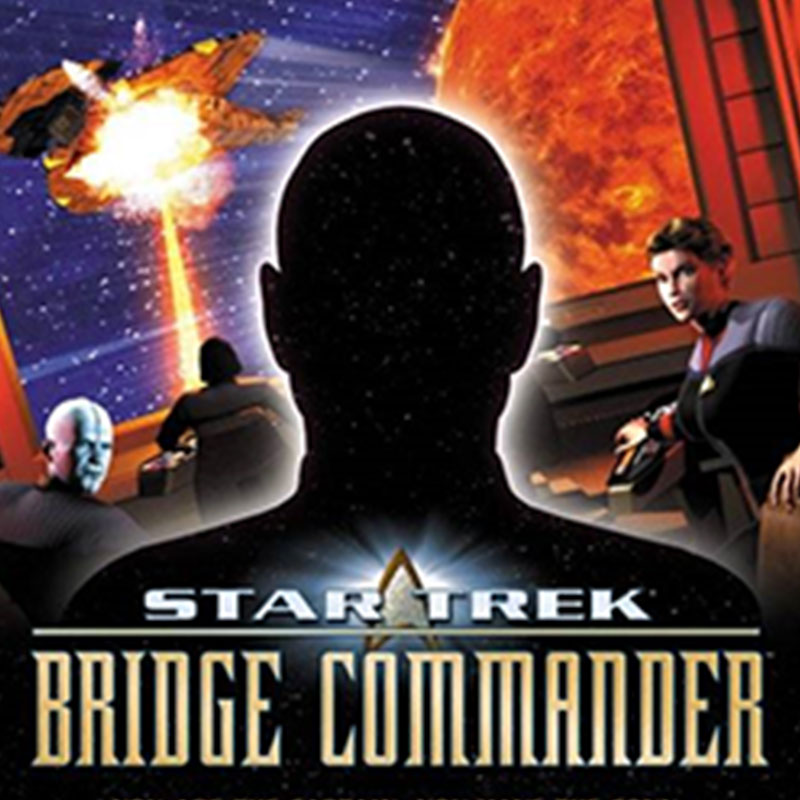 A predecessor of sorts to Bridge Crew, Bridge Commander places players in the captain’s chair, tasked with issuing orders to the crew while following mission objectives. While Bridge Crew might have fancy virtual reality tech driving its missions, Bridge Commander holds its own with impressive 3D models of classic Star Trek ships and props. Players assume the role of captain of the U.S.S. Dauntless, a Galaxy-class ship tasked with investigating the destruction of a star.

If you are looking for a faithful tactical simulation of your favorite Star Trek ships, and don’t have a VR device, Bridge Commander will most certainly scratch that itch, albeit with less elaborate visuals. Unfortunately, as with most older Star Trek games, Bridge Commander is elusive, and difficult to come by, and only available by third-party sellers. However, as this game holds a respected place in the pantheon of Star Trek interactive entertainment, it might be worth the price, especially if you’ve always wanted to sit the captain’s chair. 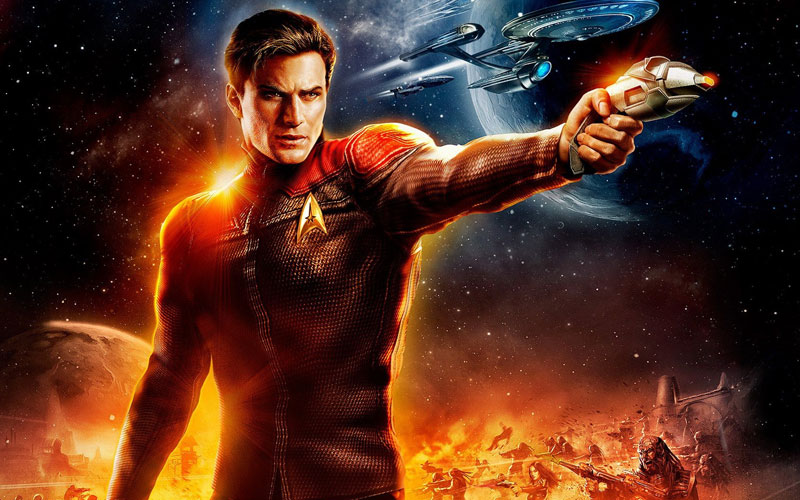 Not everyone latches on the massive multiplayer online role-playing game trope of grinding levels for hours upon hours to get decent loot. There is a substantial time sink inherent in free-to-play MMORPGs that isn’t present in most other genres, so these sprawling games must offer something else to attract their fan base. In the case of Star Trek Online, developer Cryptic has one thing going for them that keeps Star Trek fans coming back: incredible use of the brand. Star Trek Online is perhaps the best representation of the Star Trek universe in any game. This is thanks to the game’s attention to detail, whether it is the aesthetics of both established and new planets or starships, or the various beloved character appearances from across the Star Trek timeline. The chance to command your own ship and confront various threats across the galaxy is too good for most Star Trek fans to pass up, and the freedom players have to characterize their own ship is impressive. A steady stream of new content also helps with the game’s longevity, and regular updates to the game’s various systems keep things fresh, even if this schedule means players must regularly sign in to keep from falling behind.

Cryptic also should be praised for not allowing those dreaded micro-transactions to take over their game. Yes, the best gear and ships are reserved for those who want to pay, but that doesn’t mean purely free-to-play gamers can’t enjoy the tons of content that is there. Considering the game is free to download, there’s no reason not to try it. 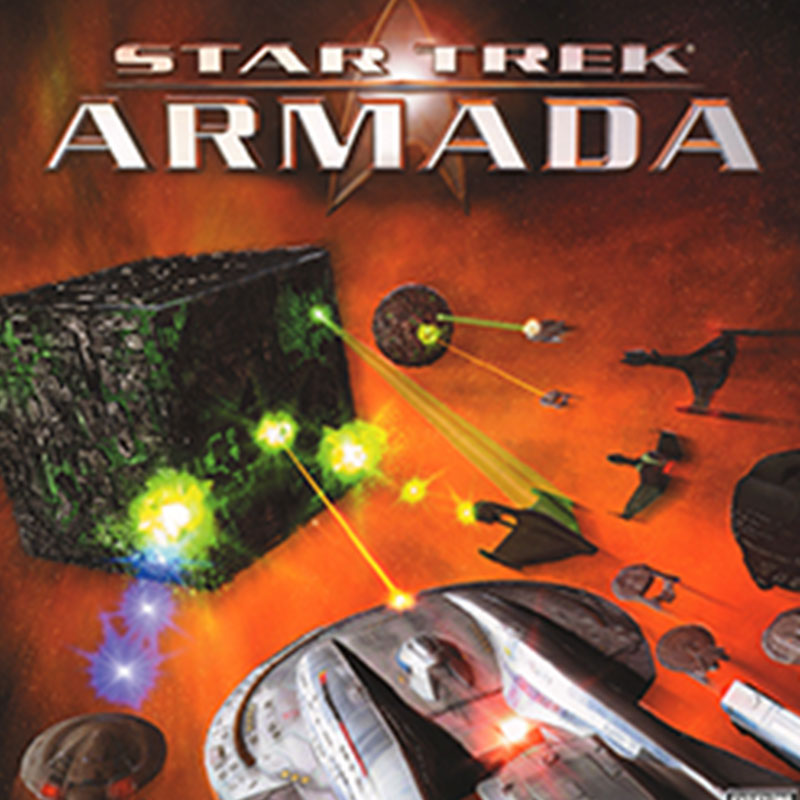 A genre that this list has thus far lacked is one that naturally lends itself to Star Trek’s diverse fleet of ships. Strategy games rely on gamers’ intuition and problem-solving skills combined with tiers of units with varying abilities, and Star Trek: Armada fulfills this niche nicely. Focused on events after the devastating Dominion War, Armada allows players to control four factions: the Federation, Romulans, Klingons, and Borg. Every faction has an array of units pulled right from the Star Trek universe, faithfully recreated for combat on a near-planetary scale. Like previous Star Trek games on this list, several actors reprise their roles, including Patrick Stewart, Michael Dorn, Denise Crosby, and J.G. Hertzler. The game impressively weaves together these characters and factions across an intricate time-traveling storyline dealing with the discovery of an Omega Particle (of Voyager fame) and an impending Borg invasion. Armada’s story will satisfy most Star Trek fans, and those more concerned about smart gameplay will be equally pleased.

With the developing virtual reality scene, Star Trek has the chance to be reborn with a creative vision not seen since the introduction of the holodeck in The Next Generation. While Bridge Crew may be the first in what is hopefully the reemergence of numerous quality Star Trek titles on the gaming scene, we can’t forget the games that came before. Unfortunately, due to licensing issues or production woes, many older Star Trek games are difficult to find, and your best bet would be third-party sellers on Amazon. If you find one of these classic Star Trek games, treasure it. It is a part of Star Trek history, worthy of note even as we speed into the franchise’s gaming future.